TOPICS
You stepped out of the train
The way the light hit your face, I knew
If I made a mistake you’d be too hard to replace
From “Stumbled” by Jeff LeBlanc 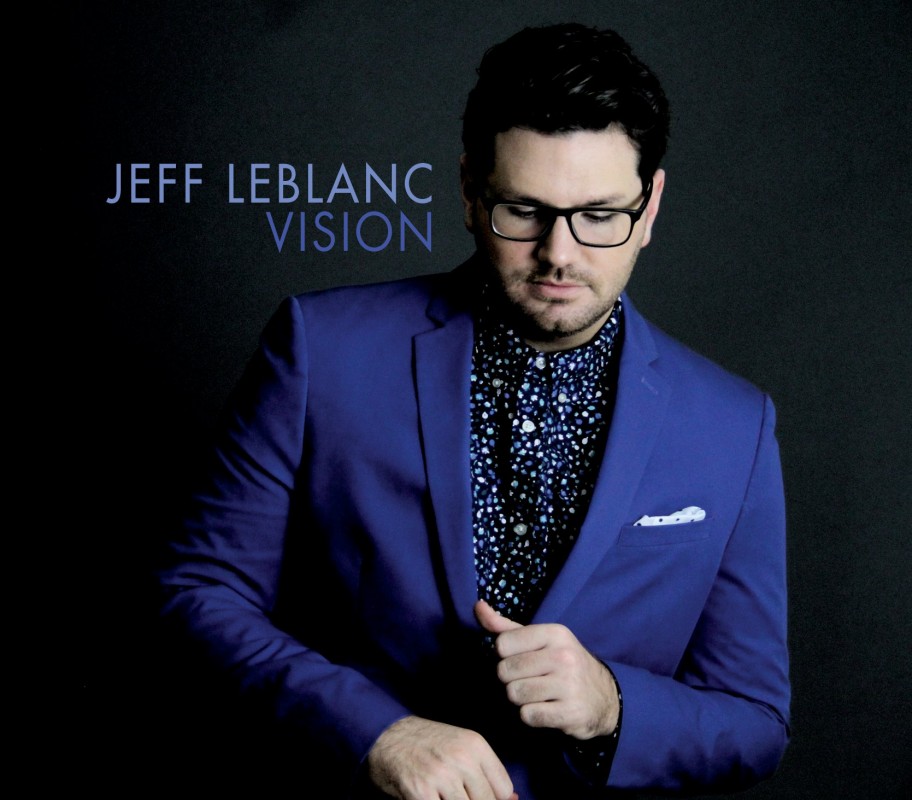 Long Island-bred singer/songwriter/guitarist Jeff LeBlanc began playing shows while he was studying history and music at Sacred Heart University in Connecticut. He started out playing one show a semester at Sacred Heart and ended up playing over 70 colleges on the East Coast. LeBlanc expected to become a history teacher but decided to follow his heart. “With music, you only have one shot,” said the 29-year-old, “and my degree will always be there if I need it.”

Ten years later, LeBlanc released Vision, his third consecutive album to hit the Top 20 on the iTunes Sing/Songwriter chart. Recorded at Sound Emporium Studios in Nashville, the album still has a NYC vibe as all seven tracks were penned in Manhattan after he went through a break up. “I certainly mention that throughout the record,” noted LeBlanc, “but I also explored topics like self-worth, perseverance and my uncanny ability to worry about everything.”

When Long Island Pulse last caught up with LeBlanc, he thought his pop/rock album, Worth Holding On To, would make good driving music. Conversely, on the summery Vision, often described as “smooth pop,” he goes more of an R&B route with 80s elements: “I was really trying to distance myself from my contemporaries and not make another ‘guy with guitar on the beach’ kind of record.”

LeBlanc has opened for the likes of the Goo Goo Dolls, Gavin DeGraw, Colbie Caillat, Augustana, Duncan Sheik and Chris Issak, along with selling out Joe’s Pub in NYC. Catch him poolside at the Hotel Indigo Sunday Series on July 19th and at Stephen Talkhouse in Amagansett on August 10th.

Long Island Pulse: How has your sound changed on Vision from your previous albums?
Jeff LeBlanc:  This is the first record I’ve ever used programming on. Right away that made a big difference for me in terms of shaping the new sound. We built each song around drum loops and then played the real drums over the top of them, which created a unique, groovy texture that I haven’t been able to create before.

Pulse:What was it like opening for Duncan Sheik at WBPAC? Is that one of the bigger venues you’ve played?
JL: It was great! Duncan and his crew were wonderful people to work with. I wouldn’t say it’s one of the biggest rooms I’ve played but it’s certainly one of the most special. It has a lot of history for me as I got my start playing outside of the Beach Bakery Cafe just down the street.

Pulse: What’s your favorite song to play live off of Vision lately?
JL: It’s hard to pick! This album is so fun to play live. ‘Lost Tonight’ and ‘Say Anything You Want’ are two for sure.

Pulse: Where do you most like to play on Long Island, and why?
JL: The Talkhouse is one of my favorite rooms. There’s a lot of history in that room and a great laid back vibe. I’ve been fortunate to play some of the best rooms on the Island: WHBPAC is fantastic, The Paramount, Space at Westbury, Westbury Theatre and Guild Hall have all been kind to me as well.

Pulse: What can we expect to hear at the Hotel Indigo and Stephen Talkhouse shows?
JL: I’ll be focusing on the new material but pulling songs from all of my previous records. I love when people say to me after shows: ‘You have a deep catalogue now.’ I remember starting out and I only had one original song that I would play over and over. I usually throw in a cover. Lately, I’ve been playing Al Green or Justin Timberlake.

Pulse: Who would you most like to tour with, and why?
JL: Jamie Cullum! He put on one of the best shows I’ve ever seen and is a really down to earth guy.

Check out http://www.jeffleblancmusic.com for upcoming shows.