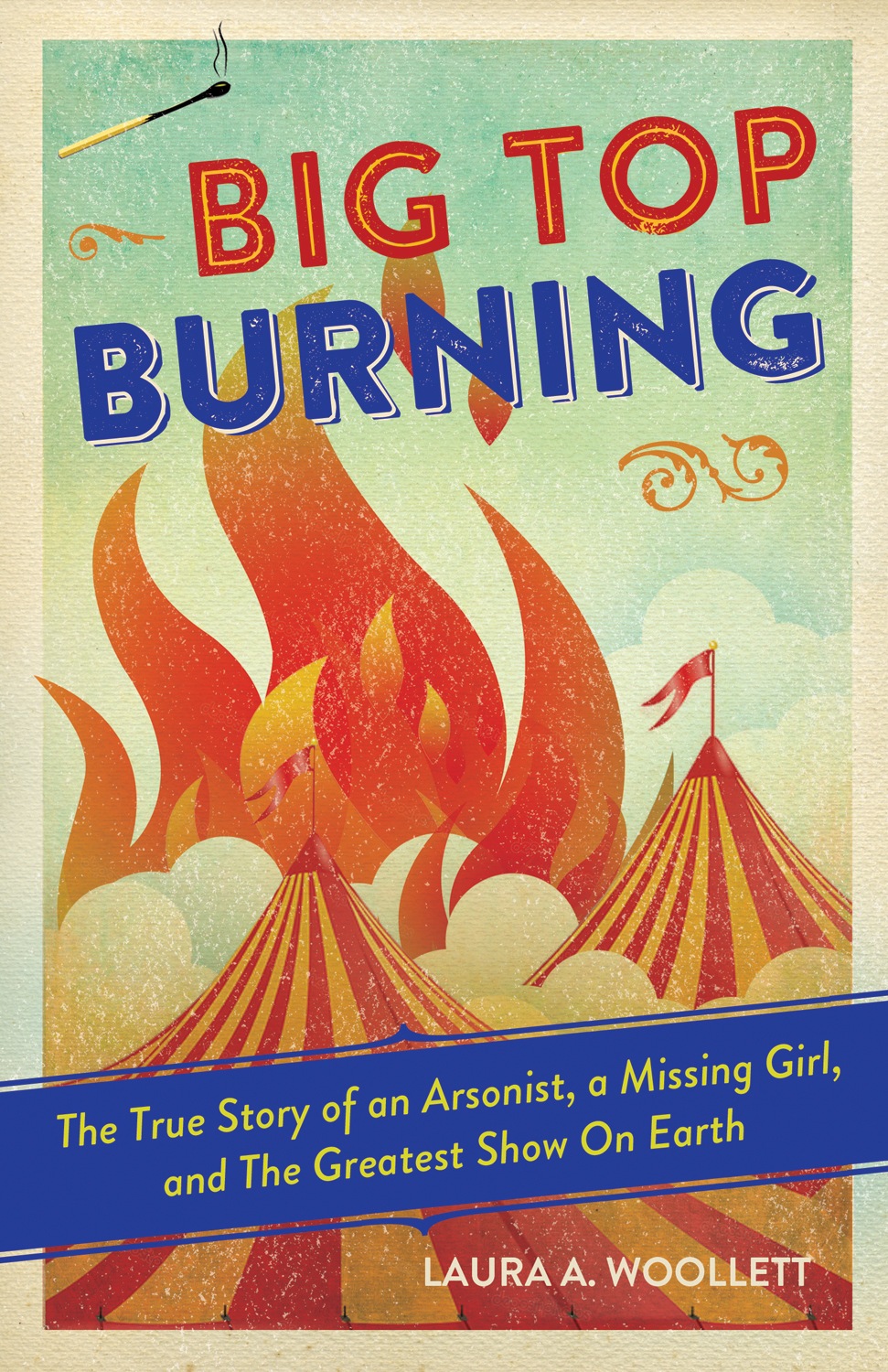 For months now, you’ve been growing out your hair.

One day, it will be long enough that you can become an aerialist who hangs by her locks, looking like a mid-air ballet artist. And if that doesn’t work, you could be a lion tamer, for sure, or maybe a clown. But no matter what you choose, read Big Top Burning by Laura A. Woollett and stay safe.

In the middle of World War II, when resources and money were both scarce, a trip to the circus was a huge treat. Families sometimes saved for months for the chance to see big cats, elephants, trapeze acts, and clowns.

That was the case for many residents of Hartford , Connecticut , when the Ringling Bros. and Barnum and Bailey Circus came to town that day in early July 1944. Everyone was excited – even the government knew the circus was good for morale – and they quickly took their seats on bleachers or in fold-up chairs lined up on boards.

“More than 6,000 people attended the circus on that hot July 6 afternoon,” says Woollett.

The Big Tent (which was “massive” and weighed over 75,000 pounds) filled quickly with circus-goers, clowns and horses, bears and lions, tigers, chimps and elephants. Large chutes at the entrances whisked the animals in and out, the air smelled like popcorn, and the afternoon promised to be a fun one.

It’s likely, then, that few people noticed the tiny flame on the side of the tent in the corner by the men’s room. Those who did probably thought the circus workers would take care of it; fires were pretty common at circuses at that time. The tent was waterproofed with wax and gasoline, but nobody gave that much thought…

… until the fire spread, and so did panic. Screams filled the air and circus-goers raced for exits, some of which were blocked by animal chutes. A few people escaped beneath the circus tent. Others fell to the ground and were crushed. Within ten minutes, the Big Tent had burned to the ground, injuring more than 480 people and killing 167 people, 59 of which were children under age ten.

But how did the fire start, and who were the people whose bodies were never claimed?  The answers to those questions are still unknown…

It’s summertime. Who wants to read history books in the summer, anyhow?Give your child Big Top Burning, and rest assured that he will.

With a sense of urgency and just the right setting in time, author Laura A. Woollett presents this true story in a way that will resonate well with the age group for which this book is intended (10 & up). I was riveted by the personal accounts of this tragedy, and I think the lingering mystery at the end will capture kids’ interest.

While the photographs inside this book aren’t terribly graphic, some of the narrative might be a bit much for sensitive young readers. Just be aware because, even for an adult, Big Top Burning can be a hair-raising book.