You can do it all.

That’s what we’re told these days, from the time we’re able to understand language until the moment we run out of life. You can become whatever you want, they say, with a little luck and hard work – and so author Elliot Tiber did. In his memoir After Woodstock, he shares.

Though their decision to purchase and operate a run-down motel in upstate New York was a disaster from the beginning, Elliot Tiber’s parents refused to give up the “shambles of a resort” they’d dreamed of owning. Tiber, a dutiful Jewish son, “had been sucked into this black hole” fourteen years earlier, and he was stuck.
But in the summer of ’69, something “just short of a miracle” happened: Woodstock. For more than a week, the motel was full of guests (at $750 a night) and when it was over, the hippies were gone, and the mud was cleaned up, the family was flush with cash.

Seizing opportunity, Tiber took his share and left “my largely miserable past behind.” He bought a new Cadillac and headed for Los Angeles, where two friends had invited him to live with them in exchange for decorating an old mansion they’d bought. Tiber was also excited to see the HOLLYWOOD sign: “the letters weren’t exactly straight; well, neither was I.”

Months after arriving, though, it was apparent that California wasn’t the place he ought to be. Tiber’s father was dying, so Tiber returned to New York, mourned his father, fought with his mother, sold the motel for her, and fell in love with a Belgian student who had to return home after his studies were done. Months later, Tiber followed André to Europe, learned French, and started writing in earnest: TV skits, movie scripts, and memoirs.

But true love never runs smoothly, of course, and though they enjoyed dancing at leather clubs together, André started going alone. Tiber never knew exactly what André was doing but he had his suspicions, and since a “gay disease” was rumored to be circulating, Tiber was concerned… 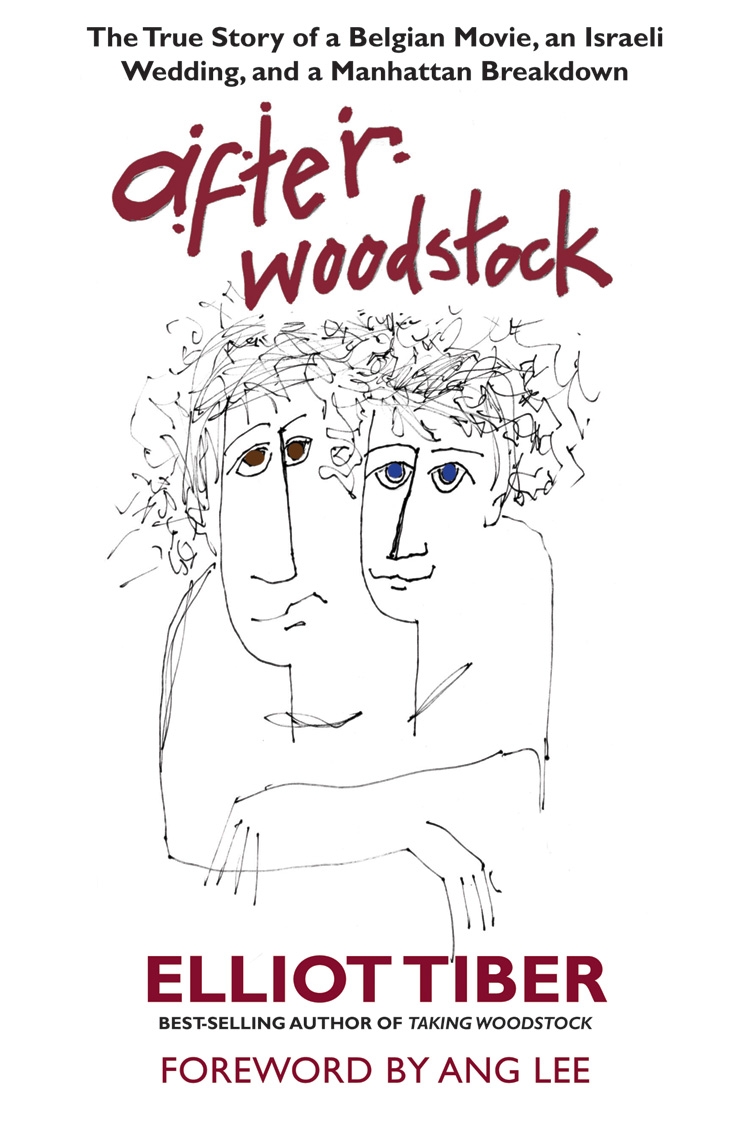 After reading After Woodstock, I think you’ll agree that author Elliot Tiber is the Forrest Gump of gay memoirs.

Tiber has done it all: organized Woodstock, crossed the Mafia, hobnobbed with celebs, made movies, appeared on TV, the list goes on and on. It’s almost exhausting – maybe because this book could have easily been two books: Tiber packs a lot – an awful lot – into this memoir, which can be overwhelming. Yes, he’s got a wicked funny bone, and yes, this is an appealing look at gay life from the Stonewall years forward, but it can be too much. While I didn’t not like this book, there were times when I needed a break from that frenzy.

I think stop-and-go readers will be able to get past the rompishness of this tale, and biography lovers will easily be able to ignore it. If, in fact, you like a little madness with your memoir, find After Woodstock and you’ll have it all.