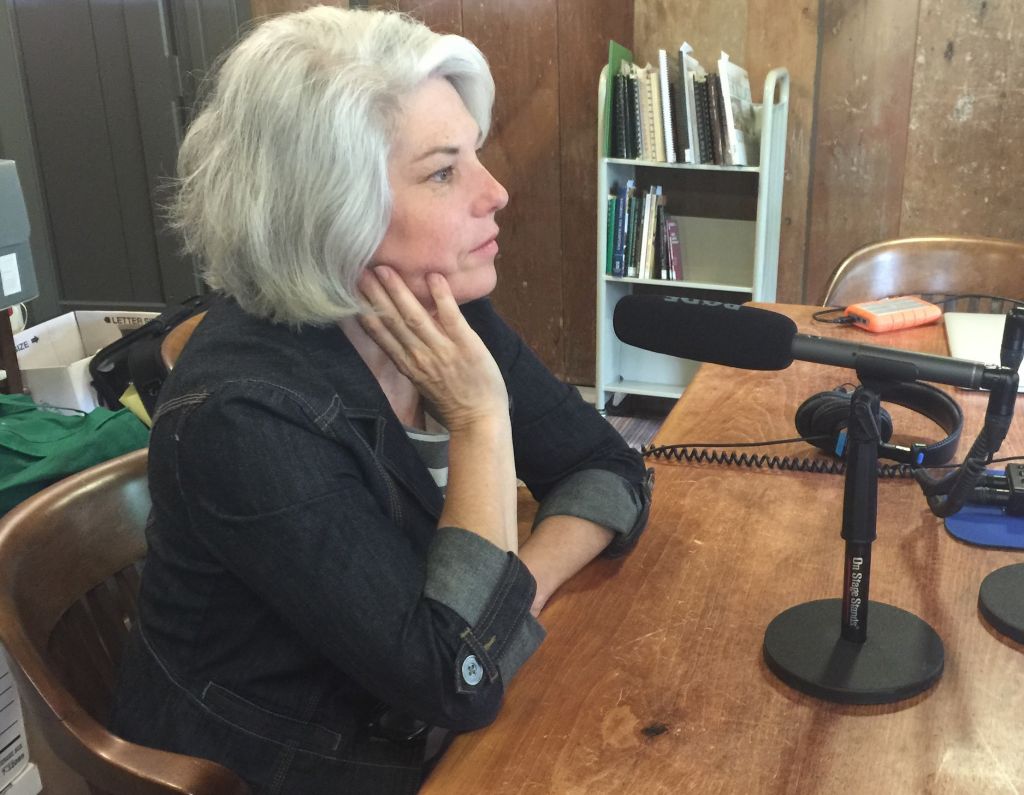 They say curiosity killed the cat, but for Kara Westerman of the Amagansett Free Library, curiosity landed her a dream role.

Westerman, a former actress and published author, began the oral history project in February. The project, which will be showcased during the library’s 100th anniversary celebration next summer, will be a series of stories told by people in the Amagansett community. The format is inspired by the StoryCorps@YourLibrary program. One person interviews another, with Westerman as the facilitator. The interviewer and interviewee are controlling the narrative.

“What I’m interested in is how they got here and what the story of their life is,” Westerman said.

Admittedly, standing back is hard for Westerman, who describes herself as someone who has always been curious about everything. It’s why she has to laugh when people try to turn her down by saying their lives aren’t interesting.

“I just crack up. Everybody’s life is fascinating,” she said.

“These are just local characters,” said Rachel Gruzen, a local environmental planner who is working on a sister project to Westerman’s about the environmental changes on the East End.

Local characters such as Katrina Foster, the openly gay pastor of St. Michael’s Lutheran Church who told Westerman her whole life was a miracle.

“She said, ‘There was a moment when I had a gun in my mouth and I was going to shoot myself and look where I am now,'” Westerman recalled.

Westerman has also spoken to a local business owner, who told her about how being on the brink of death, needing heart surgery and 9/11 inspired him to quit the financial business and move out East to start a career in music because “what the hell was he doing with his life anyway?”

Westerman isn’t stopping there. Right now, she’s focusing on doing an oral snapshot of Main Street. She wants to know how gas station owners and members of a mariachi street band ended up in Amagansett. She wants to juxtapose a local group of women who feed feral cats and build houses for them with the high-end shops with beamers and cadillacs parked along the curbs.

“I want to really see these extremes,” she said. “And then in 50 years, it will be so amazing to really hear what it was like.”

Westerman hopes the project will become part of the library’s archives and provide more context than even the most in-depth history book could.

“I think it is important, especially for the library to change and not just be a place where you can look at history and books but really hear it as it’s happening,” Westerman said.

“It’s important in the human experience to recognize the past, connect to the past and see change over time,” Gruzen added.

And Westerman is just the person to lead the charge.

“I love to talk to people,” she said. “I’m interested in creating narrative, interested in preserving stories. This is really fun.”