We have seen Kim Kardashian x-ray her derriere, perform oral sex, dye her hair platinum, defend a 72-day marriage, go into labor, deal with psoriasis and get a blood facial.

We can probably still expect her to show us much more than her derriere. Why? Because we are the society of the never enough. Opportunities are endless, so why settle? Why stop at butt x-rays when there’s a whole body to be put under scrutiny? Why choose the guy you met at the bar when, with the swipe of a finger, you can find another myriad of mating options (for that matter, why settle for the boy on your screen when there are countless alternatives if you just keep on swiping?)?

We are also the society of the now. Some exhibits: we reject the perseverance required to successfully hail a cab and opt for the immediacy of an Uber (or a Lyft, or a Via, but that’s stuff to be analyzed by another non-believer). When hungry, we forgo the trip to the eatery and the time it requires, preferring to order online. What happened to relying on our sense of smell before choosing what to eat?

Our incessant need for the now also materializes itself in the ways in which we have indirectly shaped the media: we waved off the 6:30pm newscasts and ushered in the era of the 24-hours news cycle, which happens to be even less informative. Because everyone’s now might be at a different time, we might as well have all the “nows” covered… right?

We are, indeed, a culture that’s drenching itself with technologies and behaviors that are slowly eroding the very things that have defined us as humans.

In the midst of this behavioral and cultural revolution, the Kardashians have assumed the responsibility to make sense of it all, or, really, make use of it all. By mastering the seemingly invisible, and obviously magnetic art of providing us with the very things that we think we need, they have come to embody what it means to be American in 2015. One could argue that the Kardashian family is America seeing itself in a mirror.

Keeping Up With the Kardashians, a seemingly harmless reality TV show chronicling the family’s supposed day-to-day life, premiered on E! in 2007. Since then, we’ve been introduced to each family member: Kris, Kim, Kourtney, Khloe and Rob­–in addition to Kris’s husband Bruce and their daughters, Kendall and Kylie Jenner, honorary Kardashians. We’ve also been thrust right into the middle of arguments about private sex tapes becoming public (Kim), the pros and cons of having children without first getting married (Kourtney and her baby daddy, Scott Disick), the effects of a supposed addiction to crack and the very easy ways to hide them on national television (Khloe and her ex-husband, Lamar Odom) and the struggles involved in divorces (Kris, twice; Kim, twice; Khloe, once).

We also took front row seats to the show that was self-appointed divinity Kanye West’s initiation into the clan, to Kendall’s rise to supermodel fame, to Rob’s rapidly descending spiral into obesity and depression, and to Kylie’s suggestion that even your lips might need to subscribe to self-established norms of self-established perfection.

The Kardashians have mastered the art of being famous. 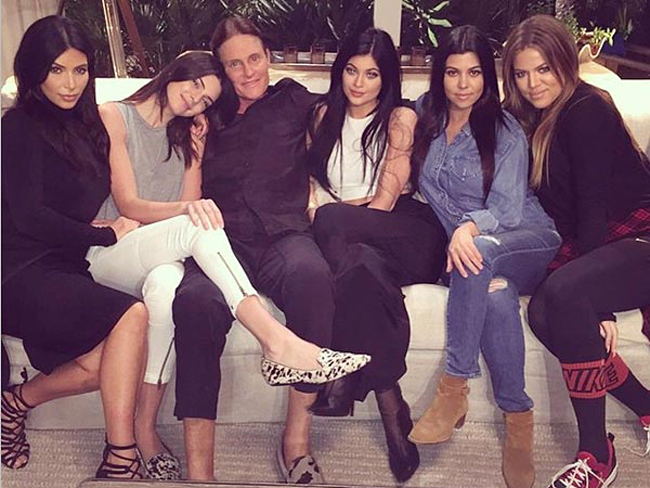 This has most recently been confirmed by one of the most sensationalized news stories of the past few years: Bruce Jenner’s public male-to-female gender transition into Caitlyn (without the K) Jenner.

Putting aside conversation we’ve had until now, “I don’t believe him, it’s a publicity stunt” versus “She’s so brave! Let’s give her the recognition she deserves!”, let’s focus on the way the entire story has been handled

When rumors began circling about Jenner, official statements from both families were basically banned. No word from the Jenner or the Kardashian camp until a very much-anticipated Diane Sawyer interview, in which Jenner officially came out as transgender. And, just as the sun began to set on that part of our popular history, the announcement that Caitlyn’s first official debut was going to be on the cover of Vanity Fair took over and, literally, broke the Internet. Thank Kim for indirectly coining that phrase on a much talked about Paper magazine cover. And, while we discussed and prepared for that notorious cover, Kim announced her second pregnancy and stole the spotlight… until Jenner’s Vanity Fair issue was released early. Almost 72 hours later, we were all still talking about the Kardashians.

Now, with E! gearing up for the premiere of I Am Cait, a docu-series exploring Jenner’s physical and social transitions, the Kardashians have legitimately dominated the cultural landscape in ways never imagined before. 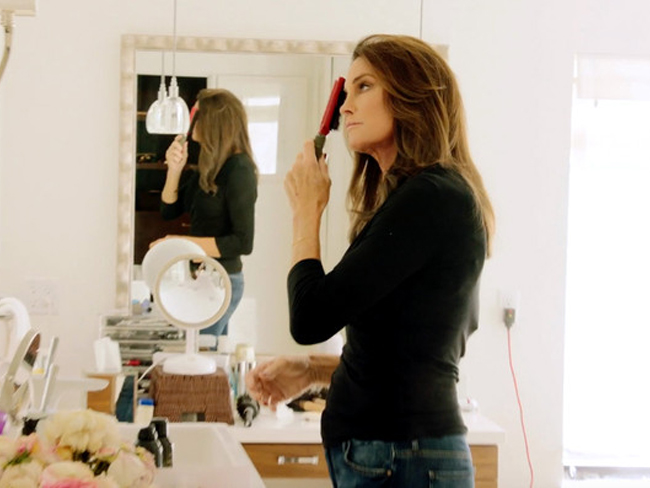 By giving us more than a mere coming out statement, and by doing so in ways that remind me of the never enough and the now that have come to define our consumption of media, Jenner has become a full-fledged Kardashian. She is the person that America, as a country, puts on a pedestal not because of the bravery involved in announcing to the world that she’s renouncing her masculinity for something that feels more natural (which does, indeed, require much bravery and should be enough to honor her) but because she has done so in ways that appeal to our newfound mode of living. Instead of coming out and demanding the privacy that such a huge decision should naturally demand, Jenner chose to make it all public. And that makes her just like me, and you, and even you. Because we’re Americans, living in 2015.

In the same society in which we demand to have news delivered to us immediately, in which we have uninterrupted access to portrayals of parts of society that don’t need to be televised (I’m talking to you, Teen Mom and 16 and Pregnant), and in which nothing is really valuable if kept private (did you really eat at that restaurant if you didn’t post a picture of your dish on Instagram?)… What else could we expect from Jenner? 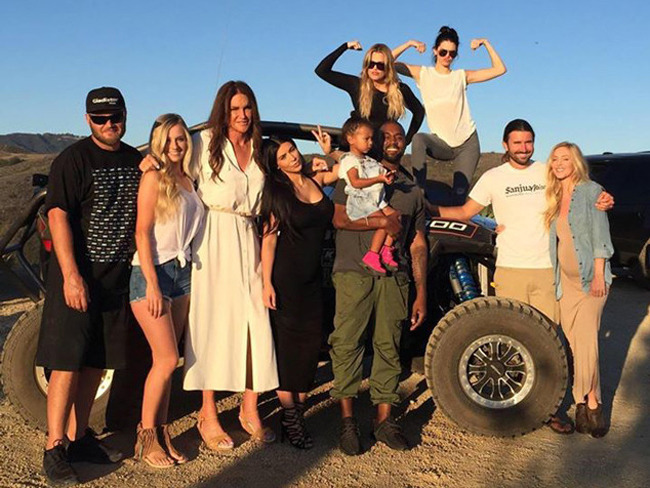 We used to associate fame to the completion of certain tasks: write a book, be faster than the world’s fastest runner, invent something society doesn’t even know it needs. Damn it, try at least to eat more hot dogs in one sitting than the person competing next to you. Those actions, those tasks, those things that made you different from everyone else… those will be rewarded with worldly recognition. Just do something. What did the Kardashians do? What, exactly, did Bruce Jenner do? To echo what many have already articulated, the Kardashians in general, and now Jenner in specific, have done one thing: they mastered the art of being famous by being famous.

They are giving us exactly what we’re asking for through the quality of things happening to them and through the timing of it all. Nothing ever really happened to a Kardashian, but there always seems to be something grand happening to them (as of press time, I Am Cait is less than a week away from premiering and Scott and Kourtney have recently announced their breakup).

Are there others who mimic the Kardashians’ trajectory to unimpeded fame? Sure. If the success of the seven The Real Housewives franchises is any indication, we are clearly in the age of reality TV glory. So what is different about the Kardashians? What strikes a chord in so many people, just like myself, who can’t seem to look away yet are amazed by the power of the nothingness they see? The Kardashians are unapologetic about it all and, if Bruce’s transition can serve as a clear example, they have come to inhabit the realities that they have created for the fulfillment and entertainment that we are now demanding of society. They know what they are… and they don’t mind.

And what they really are might end up being more indicative of our own character than the character we’ll see on Jenner’s show this week.