Great food, great music and beautiful views. It’s hard not to enjoy yourself at The Hideaway on Ocean Beach in Fire Island. Located within Houser’s Hotel, the longest running hotel-and-dining establishment on Fire Island, The Hideaway bills itself as the summer hotspot’s fine-dining destination.

“This restaurant has a reputation of being the place to go for the best food on Fire Island,” The Hideaway General Manager Samantha Macleod said.

“We’re a standout fine dining establishment, so I think that they’ve tried really hard to really shoot for [a chef] with a good background, good culinary skills and obviously the ability to run a big establishment,” Macleod said. “Because we get such huge volume during the summer, you have to be able to open the doors and be ready to go.”

A ready-to-go culture is something Macleod is trying to establish restaurant wide.

“My whole concept of dining and restaurants is that even if the food is amazing, it won’t matter if the service is bad,” she said.  “The dining experience is all about the second that you walk in the door to the minute you leave.”

The staff undergoes extensive training, including a focus on how to pair the food with the restaurant’s wine and cocktail offerings, to ensure The Hideaway is giving patrons the full package: great food and customer service.

“[Roman] has been working here for many years and knows the locals. He’s a great mixologist,” Macleod said. 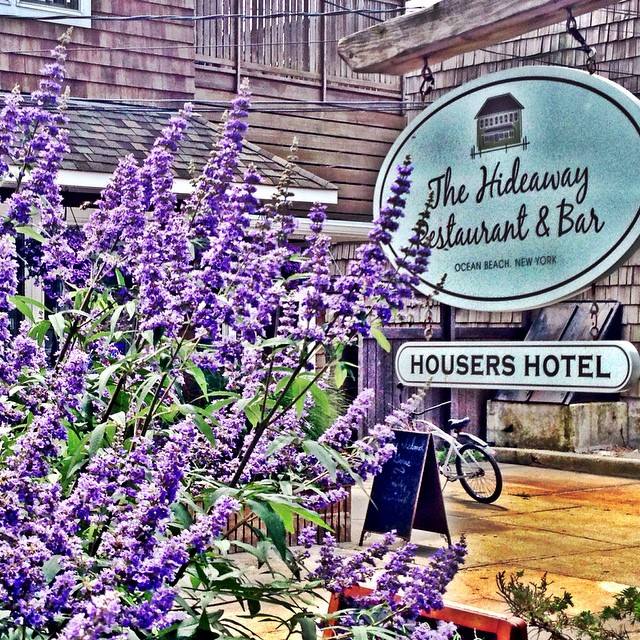 image: The Hideaway Restaurant and Bar

The staff at The Hideaway loves to show off their beloved island. While Ocean Beach certainly has its share of locals, come summer, it brings in thousands of tourists looking for a taste of summer Long Island living, a top reason the spot is committed to keeping the menu homegrown.

As good as Attwood is at cooking and Macleod is at establishing a wine list and top-notch customer service, The Hideaway’s best feature comes courtesy of Mother Nature.