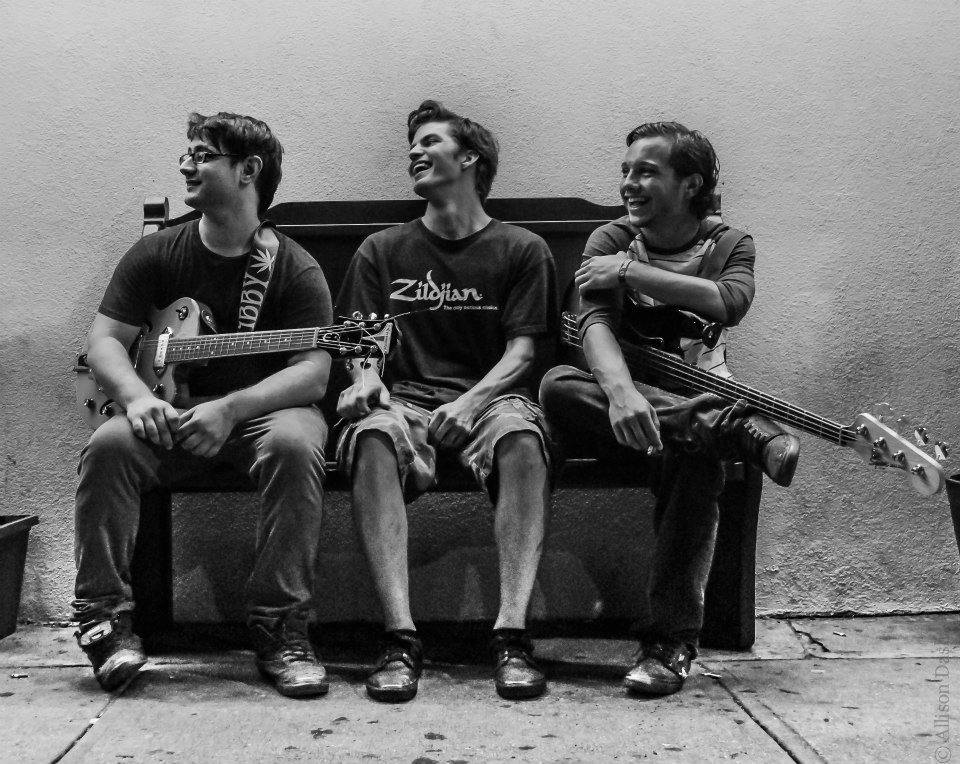 Like many emerging bands, South Shore-based Schoeffel had a hard time gaining followers when they started back in 2013. But the indie-rock jam band didn’t let that stop them from playing the Long Island live music circuit, slowly growing a fan base that someday just might be able to say they knew them back before they were famous.

The talented band, made up of Austin Schoeffel, 24 (guitarist and singer), Michael Gallaher, 21 (drummer), and Brandon Mirth, 21, (bass guitarist and singer) is busy performing in New York City and on the South Shore, continuing to work on the their music and grow their supporters. In between sets, they spoke to Long Island Pulse about their music, their inspiration, and of course, where you can hear them.

Long Island Pulse: How would you describe your music to someone you just met?
Schoeffel: We call ourselves an alternative indie rock jam band. We try to infuse as many different styles as possible. We all have different styles of music with a bunch of flavor. No one ever wants to sum themselves up.

Pulse: How did the band start?
Schoeffel: Well, my girlfriend (Austin) and Brandon’s girlfriend set us up on a “mandate.” We tried jamming out together and we realized it worked. Also, I (Austin) am best friends with Mike’s brother. I knew Mike was a great drummer, so I tried to jam with him as well. So we all jammed with each other separately which ended up in a big mess. We finally hired our manager and he made us stick to a schedule and we became more responsible.

Pulse: What was your inspiration for starting the band and sticking with it?
Schoeffel: We all knew we wanted to do something with music just because we grew up playing music.
Austin: Once I was introduced to Led Zeppelin, I knew that I wanted to make music. Brandon and I were always big on music and always knew we wanted to pursue it.
Mike: I used to listen to lots of hip-hop, like Jay-Z, Eminem and 50 cent. I enjoyed their beats. Now, my taste in music has changed.

Pulse: What are you currently working on?
Schoeffel: Currently, we are working on our EP. The name of it is Gimme Two Weeks. There are only four songs on it, but it’s the first real recorded music we have. There is no specific release date as of yet. We are taking steps to release it. We also do lots of covers, so you should check it out.

Pulse: Tell us about the process of creating the EP. How long did it take?
Schoeffel: These four songs took a long time just because of studio time and money. We had to continuously work shows so we could earn the money to get the studio time. Studios are expensive and if we can’t afford it then we can’t make our music.

Pulse: How did the band end up with your name, Austin?
Schoeffel: I already invested time in creating a solo act. I didn’t want to lose any of my fans because it’s difficult to gain them again. So basically, when we started the band, we just took out my first name and left my last name. Now, it’s too late to change the name. There is no leader in the band. We actually googled the name and it means iron on barrels of whiskey. But who knows? Maybe later on we will change it.

Pulse: Who do you listen to now that we should listen to?
Schoeffel: Kings of Leon, Poser, John Mayer are just some people that we all listen to. Individually we have different tastes in music.
Brandon: I like to listen to the Black Keys and Arctic Monkeys.
Mike: Lately, I’ve been listening to Imagine Dragons. I really like their music.
Austin: Third Eye Blind is one of my favorites.