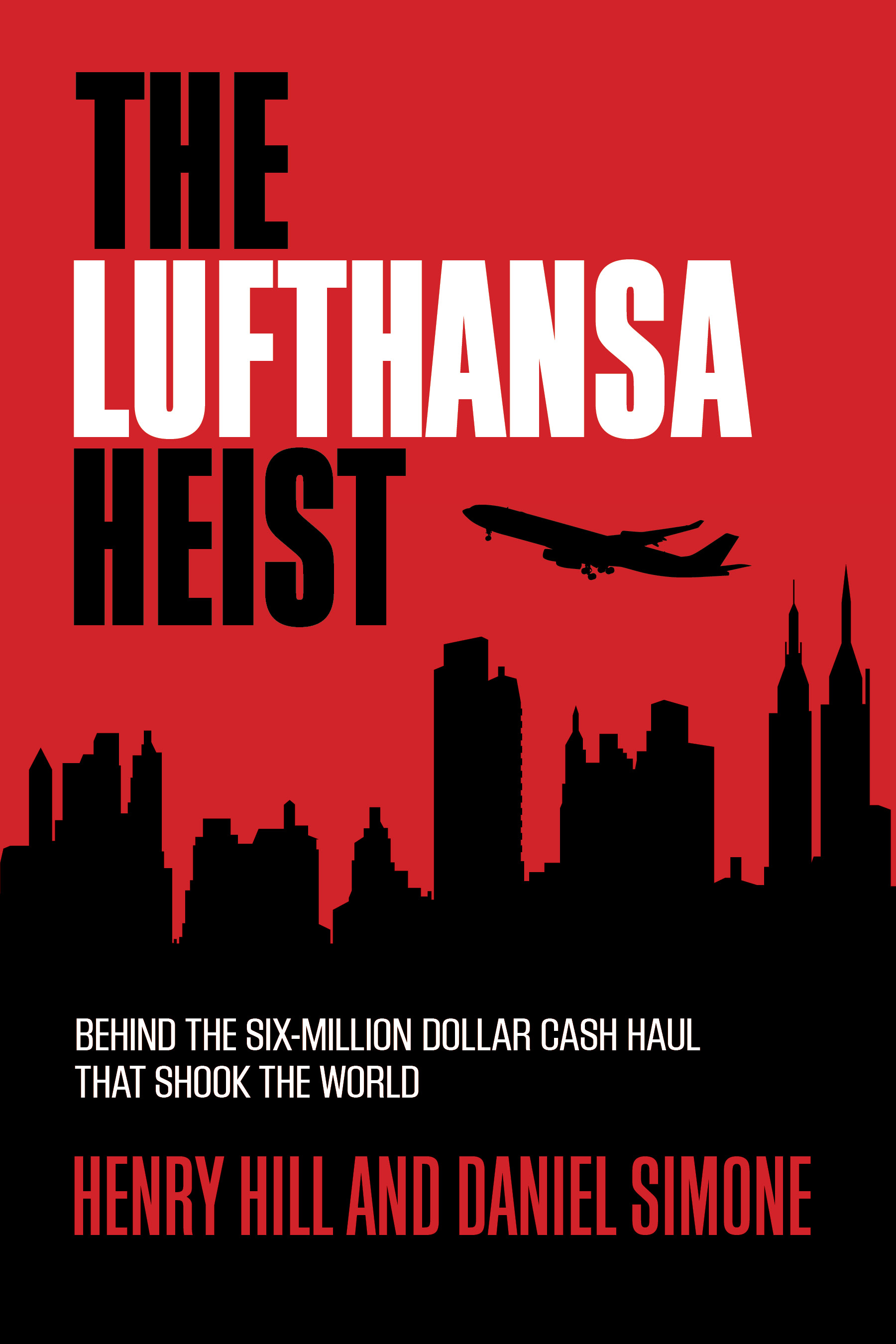 Goodfellas fans, mark Aug. 1 on your calendar and tell your friends not to call. It’s the day The Lufthansa Heist hits the shelves. Co-authored by Daniel Simone and the late Henry Hill, the real-life Goodfellas gangster, the book is billed as the inside story of the largest uncovered cash haul in history. It’s the last project that Hill, who was portrayed by Ray Liotta in the Martin Scorsese classic Goodfellas, worked on before his death in 2012.

The gangster-turned-informant-turned-Howard Stern Show favorite spent three years collaborating with Simone, a former Long Island Pulse writer, giving him never-before-revealed details about the crime that dominated headlines. Hill didn’t just divulge eye-opening stories of the daring robbery and 13 unsolved murders that followed with Simone, he shared a love of cooking, too. I caught up with Simone, who will be at Authors Night Aug. 8, to talk about working with Hill, Goodfellas, the book and mouth-watering Italian cuisine.

Long Island Pulse: First things first, how and when did you get in touch with Henry Hill?
Daniel Simone: I happened to have been invited to a fundraising event out in the Hamptons and to my surprise, he happened to be there. I introduced myself. I said, “I’d like to propose something to you.” He said, “What?” I said, “I’d like to do a book with you on the Lufthansa robbery.” Instantly, without even taking a breath, he extended his hand for a handshake and said, “You got it. Let’s do it.” 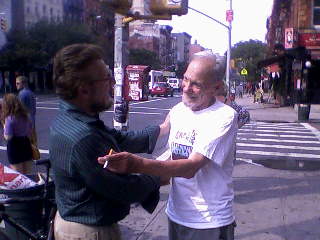 Pulse: Wow. That seems so quick.
DS: I’ll go back in time for a bit if I may. When the robbery took place, it dominated the headlines for months. It was practically even more than a year, and I was fascinated by it and never forgot it. When I ran into Henry Hill at the fundraiser, I immediately recalled the events and was instantly re-inspired.

Pulse: Henry Hill was a controversial, interesting figure for sure. What was your opinion of him prior to working with him? What is it now?
DS: I had seen him in interviews and I had perceived that he was charming and seemed to be enthused about speaking about his past and criminal activities. When I met him, he was just the same. He was not acting. He was his own self, unpretentious.

Pulse: So he came as advertised. His character narrates Goodfellas. How many times had you seen Goodfellas before meeting Henry?
DS: I watched the film probably about 50 times.

Pulse: How, if at all, has your opinion of the portrayal of him in the film changed since meeting him and hearing his story?
DS: The film was very, very highly glamorized. Ray Liotta, the actor who portrayed Henry Hill in the film, is a very, very dapper individual, a very handsome individual and, in my opinion, that was not Henry. Henry was more of a gruffy type of person, a lot of profanities at the tip of his tongue. He was more of a rudimentary street kind of personality. Even though Goodfellas had its portions of violence and language, in my opinion, Henry’s character was not accurately portrayed and that was intentional.

Pulse: So can you watch it now that you got to know him personally?
DS: Oh yeah. I don’t believe it was an intentional misrepresentation. I think it was intended to glamorize the character, to glamorize the lifestyle, and it wasn’t really as peachy, as smooth, as glamorous as the film’s portrayal. Rather, in real life, it’s a very difficult, strenuous lifestyle, always with the constant threat of either getting arrested or the constant threat of someone perhaps killing you. In my opinion, that’s not my style of a glamorous life.

Pulse: It’s no wonder he got hooked on drugs and had heart failure later in life.
DS: Don’t get me wrong, it has its high moments. It does have its shining moments. For example, if you remember the scene in the film where he’s accommodated at Copacabana without reservations. Even though the place was brimming with customers, the waiters went out of their way to produce an extra table. Those are the bright moments that are very exciting, but in general, the other 23 and a half hours of their day are not as smooth or as pleasant.

Pulse: This was the last project he worked on before his death in 2012. What was his passing like for you?
DS: His passing, to me, was really more of a sad occasion not so much because I was concerned about the possible outcome of the book without his existence but it was a sadness because after speaking with someone on a daily basis for over a year, you become rather intimate and the passing was a loss. It was a personal loss for me. I was saddened to hear that he had passed just as much as I would have been if I had heard of the passing of a close friend or relative.

Pulse: Did it worry you at all hanging out with him given that people would call into the Howard Stern Show and threaten him?
DS: Yeah, it did. In fact, I myself have been receiving and still do cryptic phone calls and cryptic emails. We must be reminded for as many fans as Henry had, he had an equal amount of enemies. And of course, anyone associated with him automatically becomes the enemy, and for that reason I took precautionary steps for my own security and safety.

Pulse: What’s your favorite memory of Henry?
DS: He was a real culinary aficionado, and in a sense, so am I. We shared hours and hours of stories and recipes about our cooking experiences and he gave me his own knowledge about certain foods and recipes and I exchanged my information with him.

Pulse: What was his favorite recipe?
DS: Our tastes in cuisine were not parallel. They differed significantly. He was into and specialized in southern Italian cuisine with the heavy red sauces whereas I’m more of a northern Italian cuisine aficionado so to speak. I enjoy many kinds of Italian cooking and make it my business to enjoy and to become acquainted with all other cuisines. Henry was dogmatically insistent on only having and eating southern Italian recipes.

Pulse: Did he cook for you?
DS: No, we never got the chance, but we had aspirations of cooking for one another when he was going to come and spend time with me, but of course, that never happened because he passed before we were able to get to that point.

Pulse: You certainly seem to have come to consider him like a close friend. What do you hope this project the two of you collaborated on does for the story of the Lufthansa heist?
DS: The book portrays precisely what took place [the two lead FBI agents on the case wrote the forward and afterward] and more importantly, what took place after the robbery, which is more interesting than the robbery itself. Most of the occurrences that happened after the robbery involving 13 murders which incidentally were never solved have not been told in such detail. They were alluded to in Goodfellas and mentioned in previous books but never before has the account of what had happened after the robbery and who was murdered and for what reasons been described so explicitly as I do in my book.

Pulse: It makes for a great story, one that you’ll be sharing at Authors Night in August. What are you most looking forward to about that?
DS: The first year that Authors Night was launched, I can take credit for providing a whole lot of publicity for the event. I wrote about it in several print magazines, including the weekly publication in the Hamptons called Dan’s Papers. I had a certain attachment to it. This year, I was invited to participate and I’m elated that I’ll get to be a part of it. It’s very flattering, and from the economic standpoint, the event has been garnering a tremendous amount of national media attention. I anticipate there should be a great deal of publicity as a result of it.

Pulse: Here’s hoping. Before I let you go, I read you were a technician at Grumman Aerospace Industries Apollo Space Program and had a role in the assembly of the Apollo 11 lunar module, the first spacecraft to successfully land on the moon. How did you go from that to author?
DS: I had an inspiration to write ever since I was a child. It was an inspiration that continued to burn inside me and finally when I did have the opportunity to dedicate myself wholeheartedly and completely to writing, I took the opportunity. I embraced it and with great intensity, I dove into it. I cannot over emphasize the term great intensity because, in my opinion, that’s really what it takes.

Pulse: What’s next for you?
DS: My next book is about the famous Pierre Hotel robbery of 1972 at one of the most luxurious hotels in the world. The sole-surviving armed robber is collaborating with me on the book. I also recently completed a very controversial project about the Charles Manson case. He also collaborated with me on the project, and this is the very first book that he collaborated on and has endorsed.

Pulse: More crime. What attracts you to the genre?
DS: From the logistics standpoint, the true crime genre is one of the favorites amongst readers.

Pulse: Since you have the experience in space, would you ever consider doing a book on space?
DS: It’s possible. I won’t say never. I’ll never say never, that’s part of the fun.