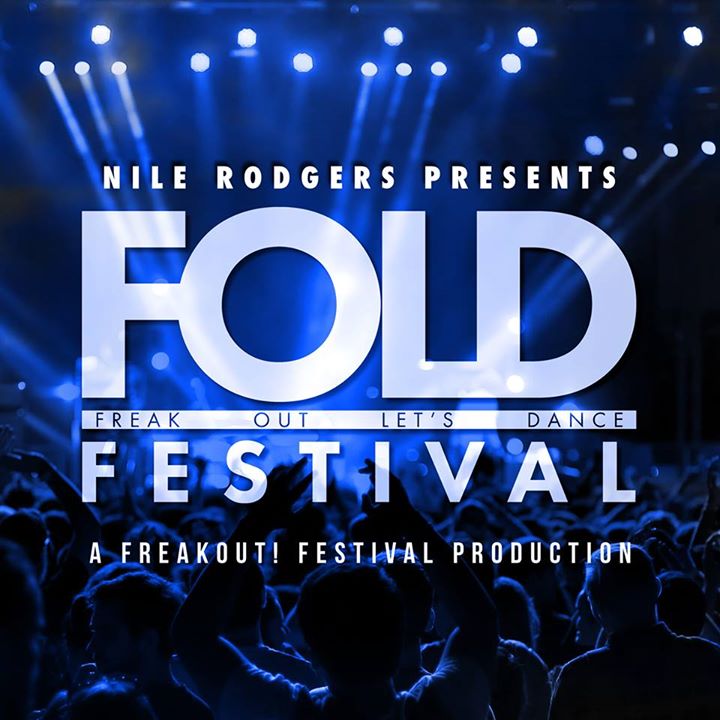 How does one occupy their summer nights on a weekday? Dinner with friends, a mosey under the stars, a marathon of Netflix? It’s all been done. This week spend summer nights with superstar producer/guitarist Nile Rodgers and his handpicked roster that will perform at Martha Clara Vineyards in Riverhead. Expect colossal acts like Pharrell, Beck, Duran Duran and Keith Urban to join him on stage to slash through their catalogue of hits in this two-night spectacle dubbed: FOLD Festival.

And if Rodgers is not a household name it’s almost impossible to avoid the music that he’s helped create over the last four decades. First with his seminal disco band Chic tossing out hits like “Le Freak” and “Good Times” onto his multi-platinum production work with David Bowie, Madonna, Duran Duran, INXS, Pharrell, Lady Gaga and countless others. Rodgers has snatched up Grammy’s, produced and sold millions of records and now he’s curating a festival in our backyards.

I had the opportunity to talk to the hit-making machine about his approach to music and his upcoming inaugural festival.

View image | gettyimages.com
Long Island Pulse: How did you come up with the idea for FOLD Festival?
Nile Rodgers: It was a few years ago when I was playing the Montreal Jazz Festival. They wanted to honor me, but I said I’d rather they honor music that got me here. When I decided to honor that music, and gather the various artists, we saw that there was this really disparate group of people that didn’t seem to go together. But in fact, we actually rocked the house at this show. We performed 11 hours of continuous music. I took this same concept and brought it to Riverhead in 2013, and on a Monday night 5000 people showed up. I then thought to myself…what if I incorporate this same concept and make it into genuine festival? The location is amazing and it worked so well the first year, so I said let me be very ambitious and try to expand it even more.

Pulse: What was the process like in curating this show’s bill?
NR: The linkage is me to an extent. A lot of these artists are life long relations: Beck, Pharrell, Duran Duran and so many others. And I think when people see the way we react and interact together on stage they are just going to take that loving feeling home and say that this is the coolest thing they’ve ever seen.

Pulse: To what do you attribute your distinct ability to work with such a diverse range of artists?
NR: Because every artist I work with is a personal relationship. We become friends first, and then we decide to work together. 99 percent of the records I’ve done are ones that we’ve chosen to do.

Pulse: How do you approach music and making records?
NR: If it’s not artistically satisfying then it won’t work. Most records are not hits. Even though I’ve had a gazillion number one records, I mean I have diamond albums…Madonna has sold 20 something million albums, but I always go into making a record with the artist’s interest in mind. Regardless of what, who I work with it is all about the collaboration.

Pulse: What can we expect at the FOLD Festival?
NR: I’ve actually semi-curated the playlist. I’ve asked the artists to play the songs that I want to hear. In a way, it gives them a little relief because they don’t have to worry about their set list. I know that the crowd wants a certain thing…they really want to hear the hit songs. If you play songs that are not well known then the crowd will go to the bathroom or the concession stand. But I want to have the music so well curated that people will be afraid to leave even for a minute. If I can bombard the crowd with hit after hit the moment they walk in to the moment they leave then we’ve done our job.

Pulse: What’s going to make a successful weekend at Martha Clara’s Vineyard?
NR: Just the fact that we get through it. That will be the number one success for me! It’s incredibly ambitious, what we’re trying to pull off. It’s almost insane, especially in the short amount of time we had to do it. But I have an amazing technical crew on both the visual and aural side. And hopefully, it’s just going to be more and more spectacular each year.

Pulse: You’re producing/writing albums and now you’ve started a festival: How do you do it all?
NR: Because I love it. As I’ve said many times, music is the turbo charger in my engine. I wake up hearing music. I go to sleep hearing music. It’s just something that’s in my veins. I could have quit the music business in the 1980’s after those early hit records…but it was never ever about the money. I’ve always wanted to be a working musician for the duration of my life. And I was always jealous of painters, actors and such because musicians don’t usually get to work their entire lives like other disciplines can. But I was determined to do this for the rest of my life.

If You Go
FOLD Festival
Where: Martha Clara Vineyards, 660 Herricks Lane in Riverhead
When: Aug. 4 – 5, 6 to 11 p.m.
More Information foldfestival.com