There’s dinner and a movie and then there’s foodies and filmmakers uniting to throw the coolest beach dinner party on Long Island. It goes down Friday, August 7, when the Long Beach International Film Festival presents the 4th Annual Shorts on the Beach in conjunction with Infiniti of Lynbrook’s Taste on the Beach.

While the live music performances take place, foodie and music lovers will get to indulge in local and regional food, wine, craft beer and cocktails. Chef Nicole Roarke of Heneghan’s Tavern and Rob Petrone from Restaurant Hunter are just a few of the culinary masterminds serving up delectable dishes.

After dinner, watch the best of indie shorts in the intimate beach theater.

“The Shorts on the Beach program is a wonderful representation of what is in store for the Long Beach International Film Festival in September,” Long Beach International Film Festival Programmer Steve Shor said. “The program will open with the Oscar winning short Feast from Walt Disney Animation. Additional animated shorts include Deep End by Oscar nominee Bill Plympton and Bear Story, a Chilean computer-animated short (considered one of the best this year).  In the short documentary arena, we have Trust Design by Interior Design Magazine and Dryden by Earth Justice. Finally, the program includes some wonderful narrative submissions from New York-based directors and universities.” 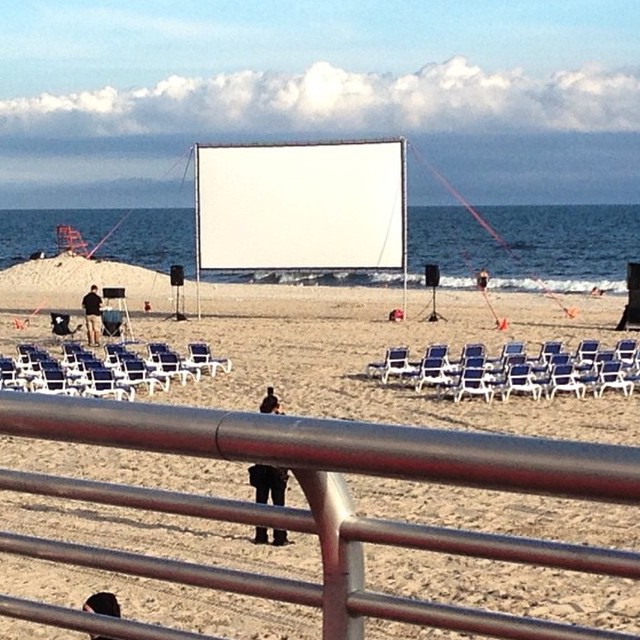 Among the titles in this year’s Shorts on the Beach are Director Brooke Wagstaff’s animated film and award-winning Vimeo Staff Pick Missing U, an animated tale about the letter “I” and her perilous adventure in search of her missing “U” and Director Sarah Menzies’ San Diego Surf Film Festival Best Short winning documentary Catch It, which follows Léa Brassy as her nomadic lifestyle takes a pause and she finds serenity in the Arctic surf of Northern Norway. Long Island highlights include: Director Peter Frizalone’s HBO Project Greenlight Top 200 Mommy asking the question “do you know who is in your house?,” and The Cannoli, from Director/Producer Stephanie Donnelly’s, where a Long Island family dinner turns tragic and a choice must be made between dessert and family.

Grab the beach chairs and blankets and celebrate the art of storytelling at Shorts on the Beach.

If You Go: 4th  Annual Shorts on the Beach
When: August 7, 5 pm musical performances, 9pm Shorts on the Beach. Rain date August 8.
Where: The beach between National Blvd. and Edwards Blvd., Long Beach.
Price: Free, but tickets are required. Separate tickets, $100 per person, needed for the food portion of the evening Taste on the Beach
More Information: longbeachfilm.com