Painting and photography meet in The Brush/Lens Project, a unique collaboration of creativity on display at the Art League of Long Island Aug. 8 through Aug. 23. While Long Island is rich with artists who use the Island’s beauty for inspiration while also showcasing it, The Brush/Project shows that exquisiteness while contrasting the artistic eyes of painter Ward Hooper and photographer Holly Gordon.

Fifty-two works of art, ranging in size from approximately 40 x 30 to 30 x 20, show the similarities and differences in how the two artists see Long Island and how they use their chosen media to show it to the world. But it’s their collaboration as much as the artwork that is on display at the Art League. 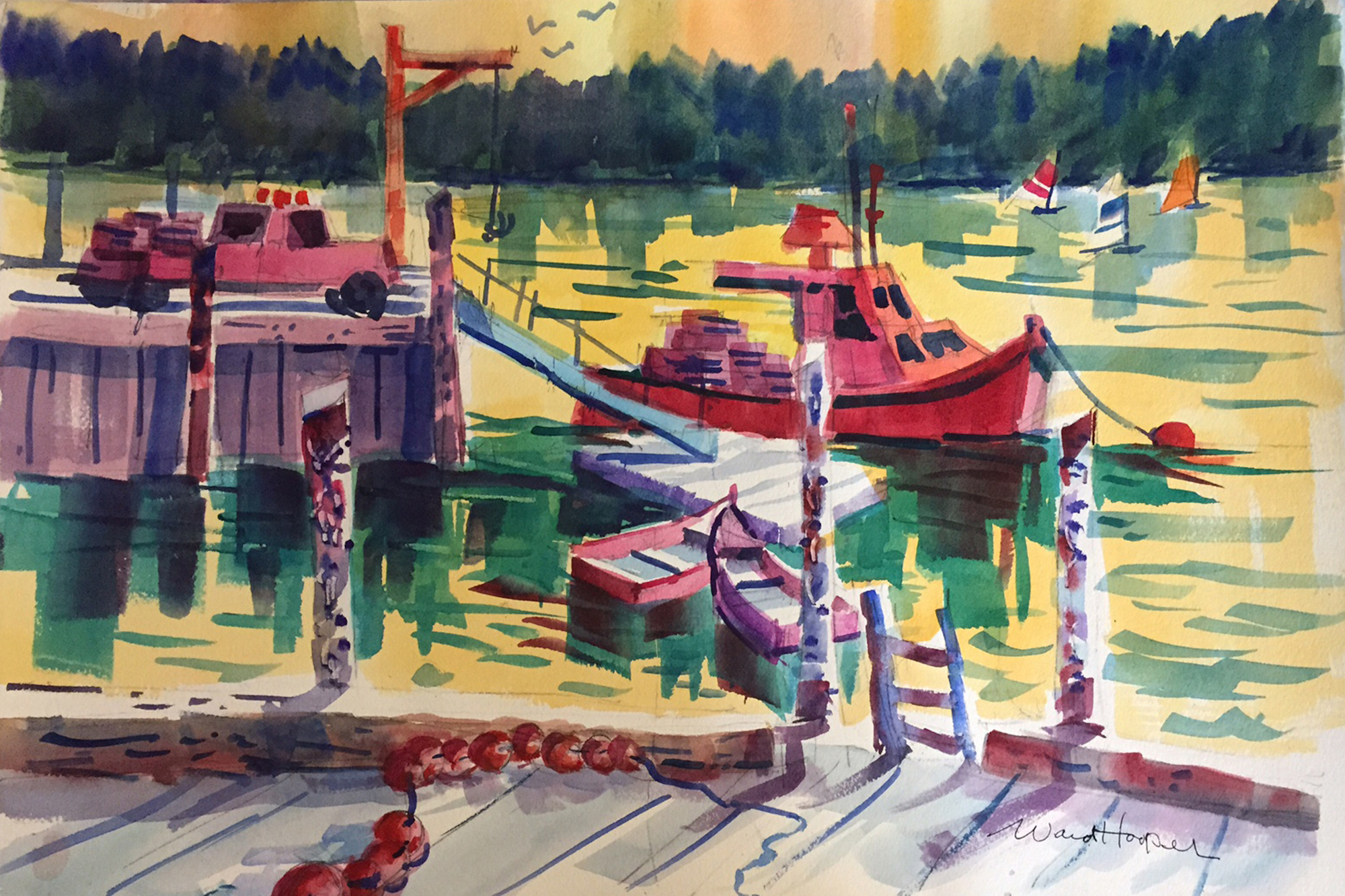 Until about 18 months ago the artwork Hooper and Gordon, both established artists in their own right, created was done independently. The two had never crossed paths. Writer Elise Pearlman mentioned Hooper’s name to Gordon, and she plunged into a Google search finding a painting Hooper had posted of Long Island. It jogged Gordon’s memory of a similar image she took, and she added her photograph to Hooper’s post. A Facebook conversation ensued.

“I stormed into his life,” Gordon said. 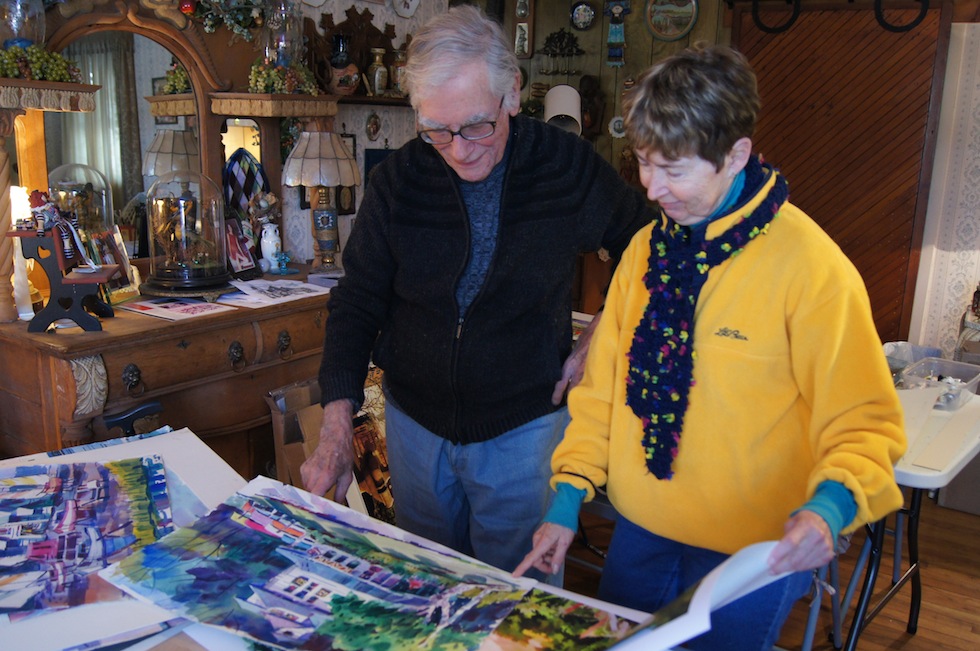 The Facebook conversations continued, next with similar pieces of tulips. Last August, the two finally met in person, connecting over their artwork, shared work experiences and the personal hardships each has faced.

“This has been for me, a creative journey like no other and so much more,” Hooper said. “Holly dropped into my life, and it was the start of ongoing trajectory of discovery and similarities. From our first meeting in Northport village one year ago, seems like so much longer, I knew this was a very special lady. The journey took on a life of its own.” 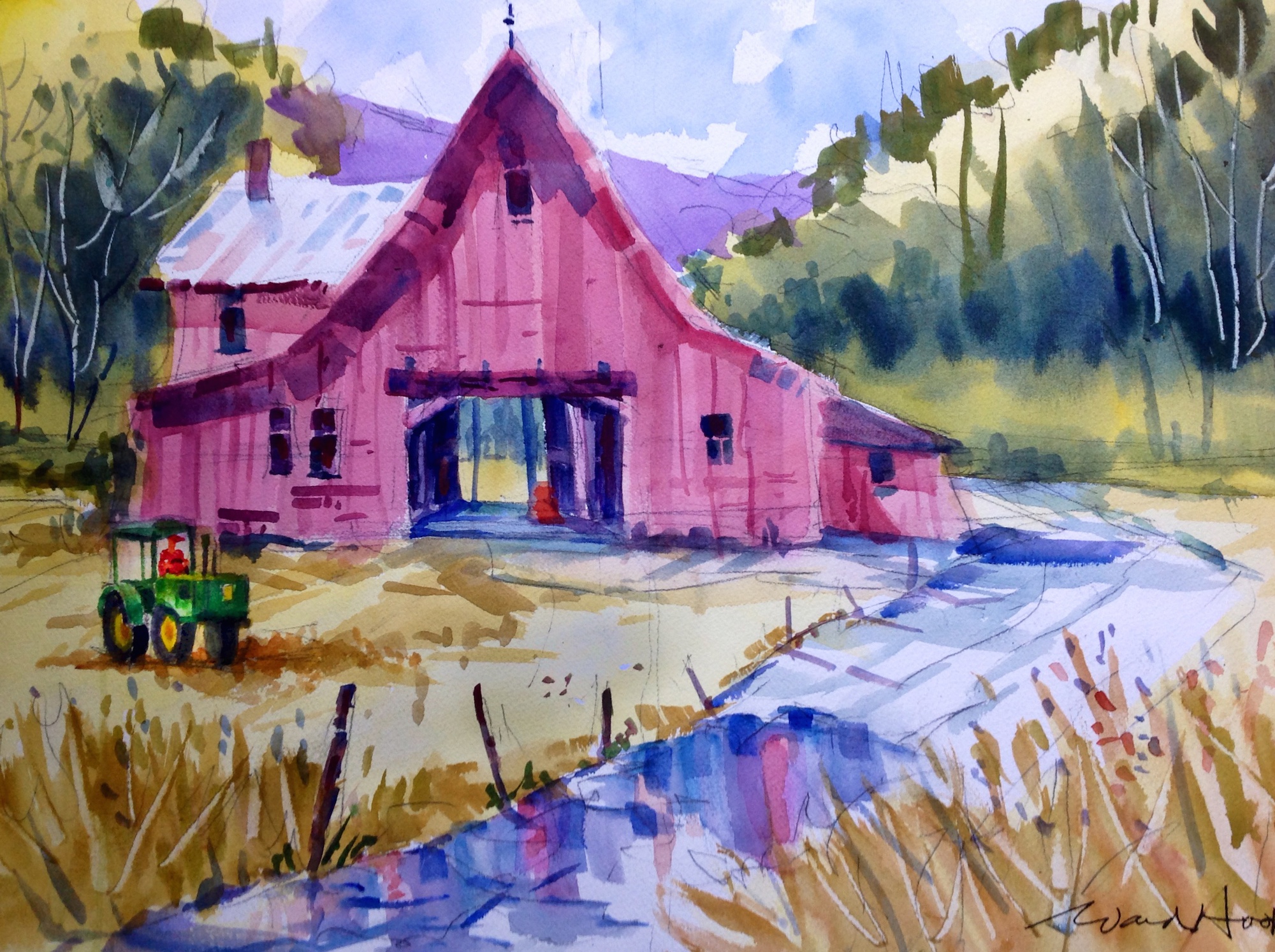 “The Barn,” by Ward Hooper

The result was a year-long work on The Brush/Lens Project pairing paintings of Ward’s with old and some new works from Gordon who would visit Ward at his home each week and the two would then set off to revisit the places Ward found inspiration in.

“I knew early on that a exhibit of our work together was in the making,” Ward said. “I guided Holly each week to my former painting locations up and down the North Shore, most of them I hadn’t visited in 20 years. It was so very rewarding to share the beautiful sites and to see what the selective eye of Holly, after doing her computer magic, would create. We each have our own vision but they are so remarkably together in our thinking.” 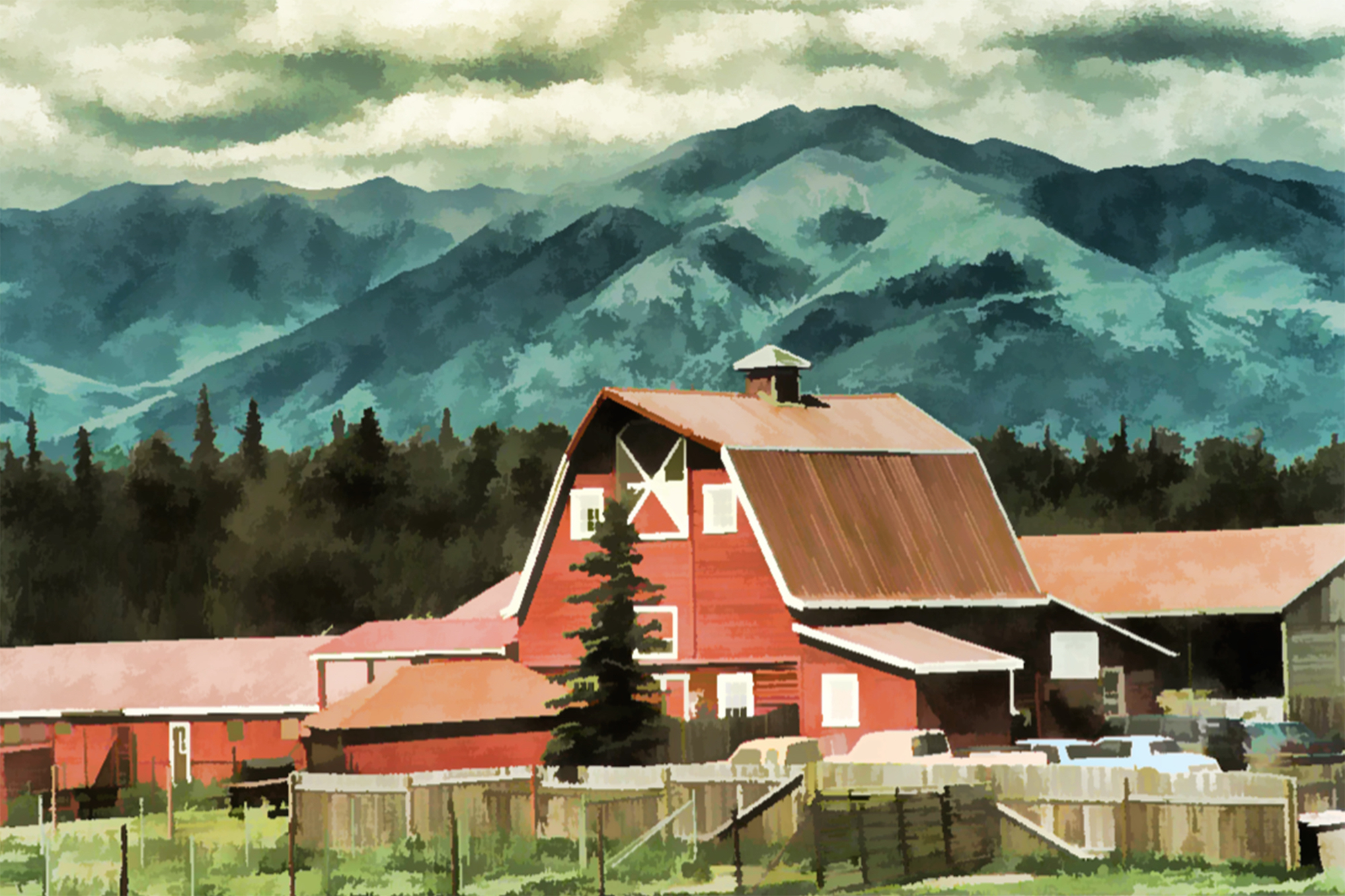 “The Barn,” by Ward Hooper

Together the two created 40 side-by-side paintings and photographs. Ward’s were done on site while Gordon’s painterly images of the same location started on site but were finished on her computer. Space at the Art League determined that only 26 of their paired pieces would be exhibited and just as their unique year-long collaboration resulted in works of art it also determined which pairings they selected to show.

“We sat in the gallery and placed the thumbnails on the layout sheet paying attention to the visual flow of color and subject,” Gordon said. “It was painful at seeing that some of our favorites would not be shown this time but the flow of all the work fit the space and flowed well so we were pleased with that. The work we chose fits the gallery well and flows as a whole. We are very excited with what we have.”

The pairings give viewers the unique opportunity to see side-by-side their creative interpretations of the subject and a collaboration that will leave one overwhelmed by the art created over the lifetime of a painter and new roads a photographer took to expand the use of technology to identify a new area of photography. This is an exhibit that could become a contemporary piece of the history of art and artists who inspired by Long Island influenced the evolution of art.