Comfortable paddle shorts, practice with three, 3-hour long paddles a few weeks before and yoga once or twice a week. That’s just a few of the tips Paddlers for Humanity Board Member Lars Svanberg has for those that want to show off their paddle skills at the 10th Annual Block Island Challenge on Saturday, Aug. 29.

The Paddlers for Humanity event tests the endurance and skill of both kayakers and standup paddleboarders in an 18-mile paddle that begins at the Montauk Lighthouse and ends on Block Island. This paddle is not another run-of-the-mill event. It’s a bucket list item, one that, for those that take part stands out as a major personal accomplishment. 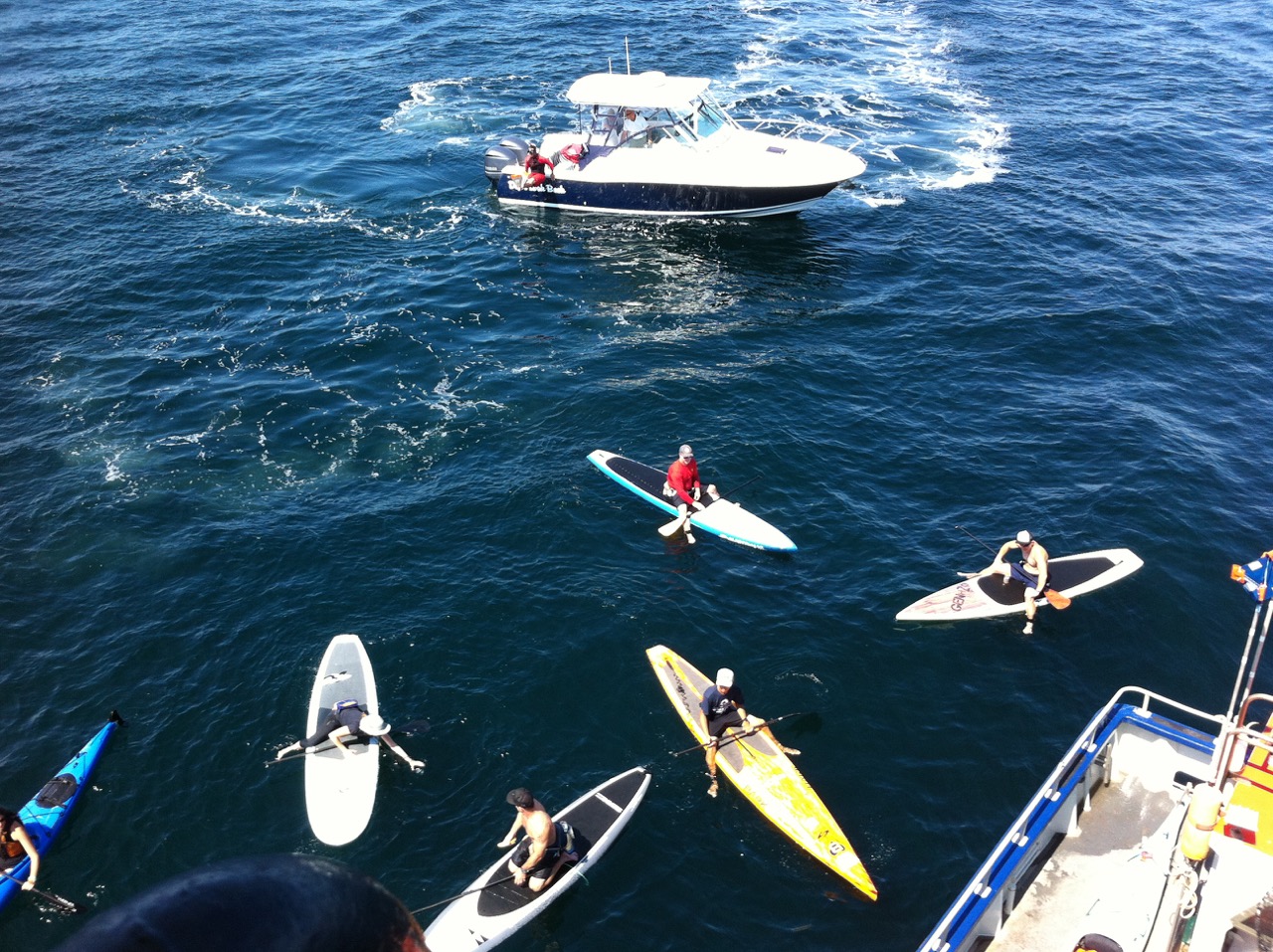 The paddle begins on the north side of the Montauk Lighthouse and ends at Champlin’s Marina on the West Side Road on Block Island. image: ph4.org

It started back in 2005, when a group of 19 fishermen, surfers and other East End locals decided to paddle out from the Montauk Lighthouse as both a test of drive and motivation while raising money for Miracle House, a cancer support organization. That first paddle led to the formation of the nonprofit Paddlers for Humanity, which in the past decade has raised more than $1 million for local charities focused on benefiting the lives of children.

The paddle begins on the north side of the Montauk Lighthouse and ends at Champlin’s Marina on the West Side Road on Block Island nearly six hours later.

After 10 years of organizing the event, Paddlers for Humanity believes that anyone from beginners to experts can tackle the paddle with a little confidence and determination. Svanberg recommends that those interested in preparing for a great long distance paddle start preparing with one to two-hour sessions two to three times per week at least a month in advance. He says to avoid windy days at first and practice with a partner. 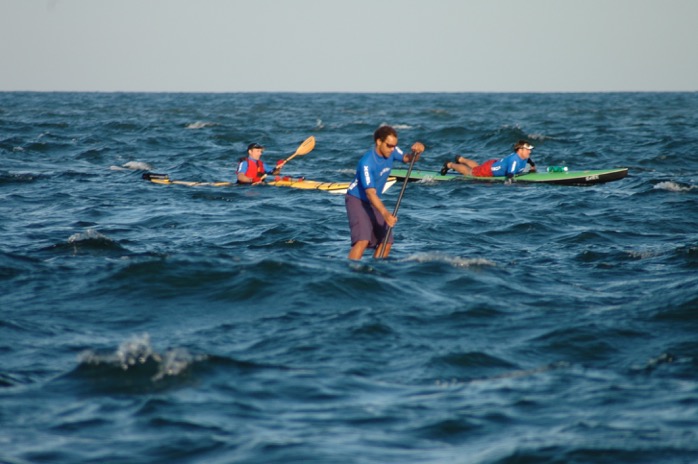 In the past 10 years Paddlers for Humanity has raised more than $1 million for local charities focused on benefiting the lives of children. image: ph4.org

“Stay persistent and positive and you’ll have a great time,” Svanberg said. He suggested paddling to Lazy Point on Garidners Bay and Wainscott to Montauk as practice routes while building up endurance.

Once on Block Island, there’s a catered paddler celebration and a ferry back to Montauk courtesy of the Montauk-Block Island Ferry from Viking Fleet.

If You Go
Paddlers for Humanity 10th Annual Block Island Challenge
When: Saturday, Aug. 29, 7am to 5pm
Where: Montauk Lighthouse
Fee: Paddlers must raise or contribute a minimum of $1,500 to participate
Registration Deadline: Aug, 27
Website: ph4.org