You’ve seen Meryl Streep play a witch (Into the Woods), a bitch (The Devil Wear Prada), and a Brit (The Iron Lady). You’ve also witnessed her channeling her inner Julia Child (Julie & Julia), play a nun dealing with an abuse scandal at her church (Doubt), and convince Tommy Lee Jones to spice up their fictional marriage by consulting a very unique marriage counselor (Hope Springs). But you’ve never seen the unquestionable Queen of Hollywood quite like… this. In Ricki and the Flash, in theaters this Friday, Streep plays a (selfish) wannabe rockstar who deserts her family in Indianapolis to chase her dream in Los Angeles.

Here’s why you should run to the theater this weekend: 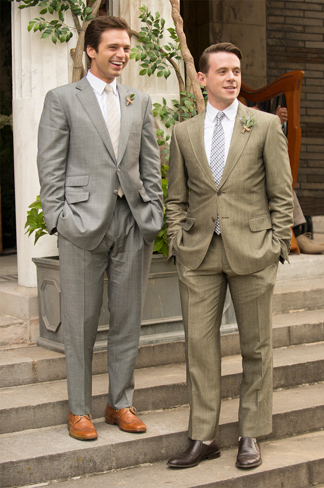 The male leads in Ricki and the Flash are deserving of quite a bit of praise too.

In an effort to appeal to a younger audience, Ricki and her band, the Flash, spend part of the movie covering contemporary tunes, like P!nk’s “Get the Party Started” and Lady Gaga’s “Bad Romance.” This, really, should be enough to drag you to the theater.

….and Tom Petty and Dobie Gray

The strength and consistency of the film really lies in Streep’s musical performances. Although contemporary covers draw laughs, her performance of “American Girl” and “Drift Away” were the most memorable. Fun fact: although “Drift Away” is widely credited as being Dobie Gray’s song, it was originally recorded by John Henry Kurtz on his Reunion album.

The award-winning screenwriter used her own mother-in-law, Terry Cieri, as inspiration for the title character (Cieri fronts the New Jersey-based band Silk and Steel). Read all about her at Vanity Fair. 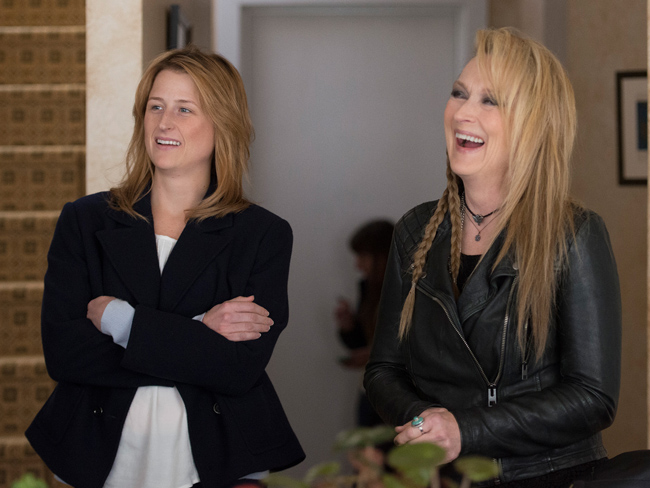 See a Mother-Daughter Duo in Action

Mamie Gummer, Streep’s actual daughter, plays Julie, Ricki’s estranged daughter in the movie. The unequivocal resemblance and the emotional connection between the two actresses will stun you.

Although Streep’s performance is the most talked about, the movie’s male leads are deserving of just as much praise. Kevin Kline is great as Ricki’s ex-husband, Pete, while Sebastian Stan and Gabriel Ebert are outstanding as Julie’s siblings. But the most surprising and appreciated member of the cast has got to be Ben Platt, who plays Daniel, a bartender at the tavern where Ricki and the Flash have their residency. His most memorable quote? “I need my mama sometimes also… and she’s literally Satan.”