The Como Brothers is the band you’re about to start listening to. Andrew and Matt Como, a  singer-songwriter-performing brother duo from Mount Sinai, are set to release a fourth album, Imagination, Aug. 10, and some respected names in the music industry are in the liner notes.

Grammy-award winner Graham Marsh (Bruno Mars, CeeLo Green) produced the EP. Drummer Steve Jordan of the John Mayer Trio lent his talents as did renowned John Mayer/Rufus Wainwright keyboardist Andy Burton.  The Como Brothers Band stock is rising, but Matt Como still holds on to his blue-collar roots. I caught up with him as he was preparing for the Aug. 10 release to talk about his family, influences and Imagination’s message.

Long Island Pulse: Take me back to when you were growing up. How much was music a part of your upbringing?
Matt Como: My mom and dad have always been very supportive of music being that we loved to do it. They signed us up for piano lessons and drum lessons. My Dad was in a band with his brothers in the 80s and they used to play in clubs in New York City, CBGBs in Queens, things like that. My Dad always had Billy Joel or the Beatles or something blaring in the house. It was always around us. 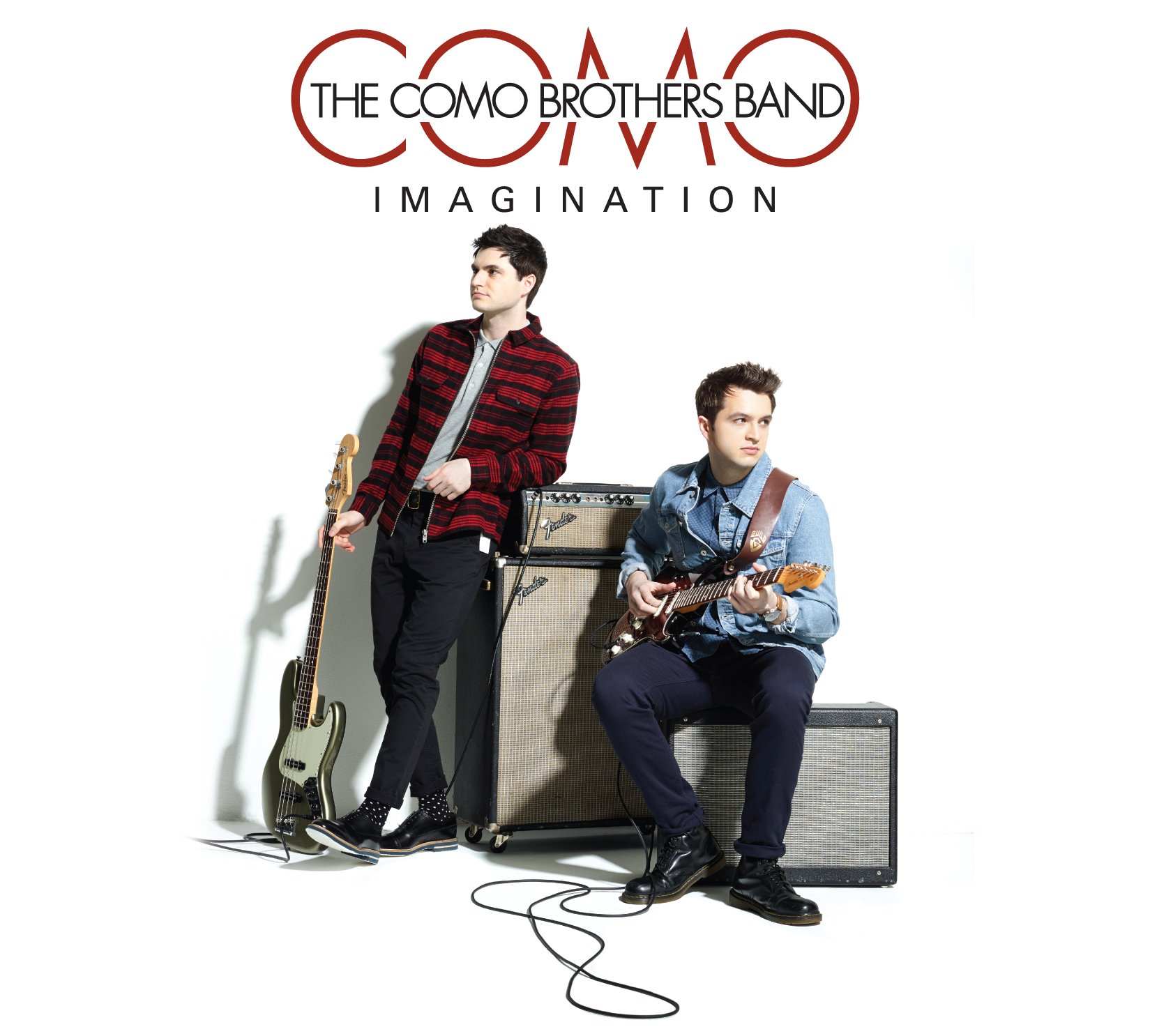 Pulse: Since your Dad was in a band with his brothers, was forming a band together always something you and Andrew thought of doing?
MC: Not always. We always played and loved to do it, but we didn’t know it was what we wanted to do until about the end of high school. I first picked up a guitar around then and was like, “Wow. I love to do this.” We were in a Beatles tribute band with my dad and uncle for a bit, which got us into songwriting. Once we started writing music, that was it.

Pulse: You’ve mentioned the Beatles a couple of times. How heavy of an influence are they on your music?
MC: Big, big, big. That’s kind of what got us into songwriting, the idea that people could come from nothing, form a partnership, write awesome songs together. It always kind of appealed to us. My dad’s a teacher, it’s not like we’re coming from a background where we’ve had money thrown at us. We’re working hard, trying to make our dreams come true in our own way.

Pulse: What are some other influences?
MC: We love blues music. We got into Stevie Ray Vaughan, Jimi Hendrix, B.B. King. We love all types of pop music. We like John Mayer, Maroon 5. John Mayer’s music in particular has influenced us. One of our dreams came true when working on this upcoming album, some of his bandmates actually played on the album.

Pulse: What was that like? Was there a moment where you were like, “We’ve listened to these guys on the radio and now here they are in the studio with us?”
MC: It was surreal from the moment it started, when they heard our demos and liked our songs. From that moment on, we were like, “Wow, this is crazy.”

Pulse: Tell me about Imagination. Is there an overall theme?
MC: There’s some relationship songs and songs about doing what you love and going for it. Overall, the theme of Imagination is about being creative, being yourself and imagining your full potential.

Pulse: Is there a specific song on the album that has a special meaning to you personally?
MC: There’s a song called “Good Enough for Me.” It’s about what we’ve talked about, sacrifice and doing what you love and not holding back and just going for it. There’s lyrics in the song that say “I may never have a lot/Love is all and that’s good enough for me.” I really mean that. It’s really for doing what you love and that’s good enough whether you’re playing to 100 people or 1,000 people. Obviously, we want to be playing to 1 million people at Madison Square Garden, but that message really resonates with me every night.

Pulse: You’ve been touring this summer and played at the Long Island Music Festival. How has the audience responded to your new material?
MC: It’s been really good. Because we can feel the songs so well and they really represent who we are, I think the crowds have been understanding that.

Pulse: What’s it like experiencing all of this with your brother?
MC: I hate him (laughs). No, we do everything together. He’s my best friend. We sleep in the same room, we practice together in the van, work together, write songs together. We do everything together and have since we were little. I couldn’t imagine doing this with anyone else. I think he’s an awesome songwriter and guitarist and I love hanging out with him.

Pulse: Who are some favorite current artists and why should we add them to our playlists?
MC: Gary Clark, Jr. He’s a blues guitarist. He came to one of our shows in June in New York City randomly. He’s one of our favorite people. I think everyone should go listen to him. It was really cool to meet him. I had him sign my guitar and every night when we’re practicing, we kind of look at that for inspiration.

Pulse: What’s next for you?
MC: We’re going to continue to perform live. Upcoming dates on the Let the Good Times Roll 2015 Tour include: