It’s Greek yogurt that would make Zeus swoon. Thick, additive-free yogurt made from old family recipes that originated in the mountains of Sparta. It takes three days to fully process a batch and the most valuable ingredient isn’t orange-fig flavoring or milk, it’s gravity.

“It always shows up to work on time, it never complains,” laughed Steve Ioannou, who partnered with godfather John Belesis to launch Southampton-based Nounós in September. 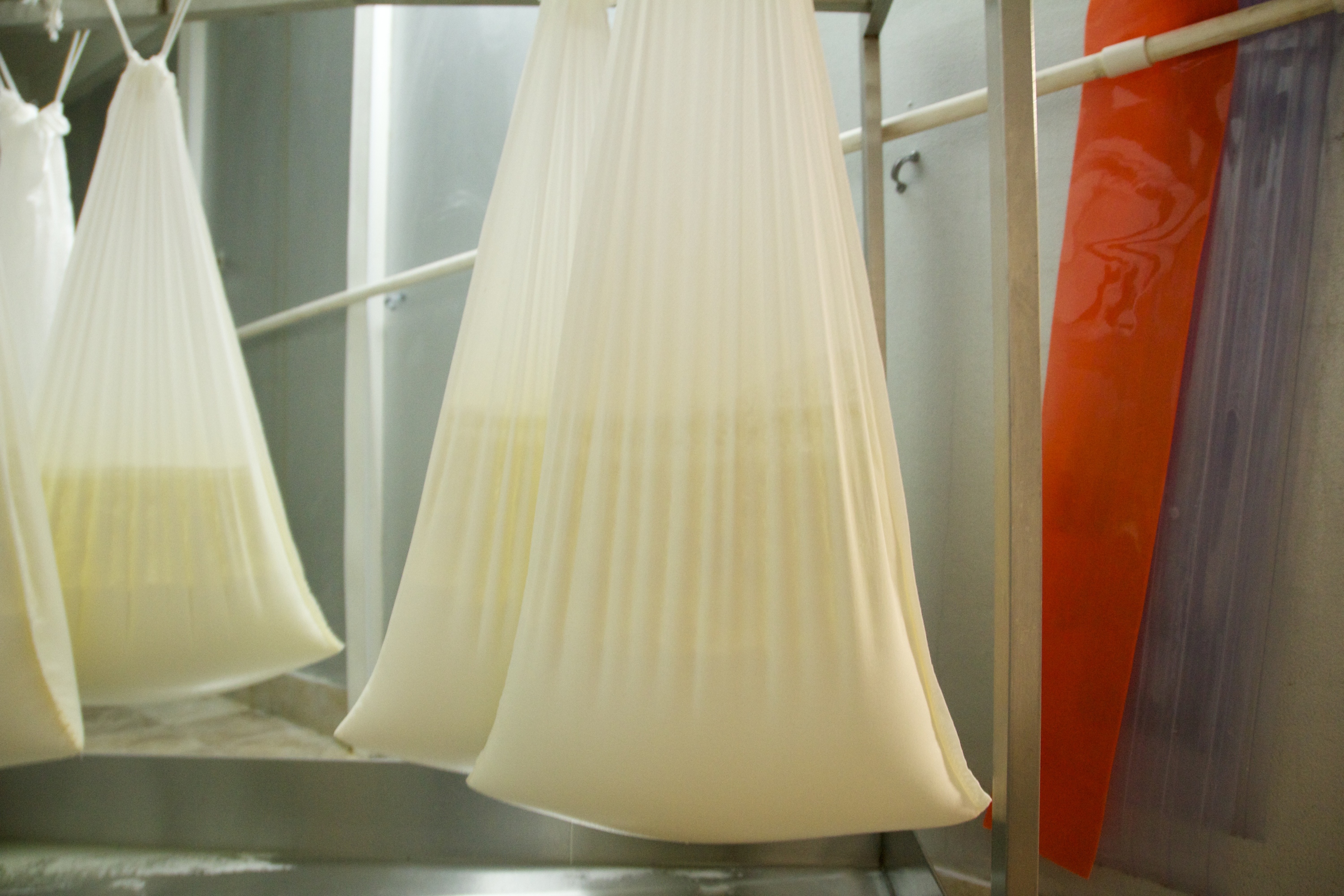 Gravity at work during the straining process at Nounós Creamery

But really, gravity is a key part of the straining process, which is done by hand and not machine like at bigger yogurt companies that can strain yogurt in mere minutes. It takes Nounós more than a day for straining alone. Gravity pushes out the whey and water, helping to produce a creamy yogurt without artificial sweeteners and gelatins that could pass for full fat. It’s 2 percent to cater to the New York market.

“Gravity, it’s just natural, it brings things back to basics. Yogurt is a huge molecular structure, so the more you play around with it, the more you’re breaking it down,” Ioannou said.

You don’t need to taste Nounós yogurt or read the ingredients label to know the company does things a little differently. Pick up the container and you’ll feel it right away. Yes, that container is made of glass, not plastic.

“Glass is infinity times recyclable, unlike plastic, which can never be used for food again because it always goes down in grade,” Ioannou said. “Another selling point is that glass is non-leeching. Yogurt is acidic in its natural form, so when you put yogurt in plastic and you put it on a shelf for a month it starts to eat away at the walls of the container.” 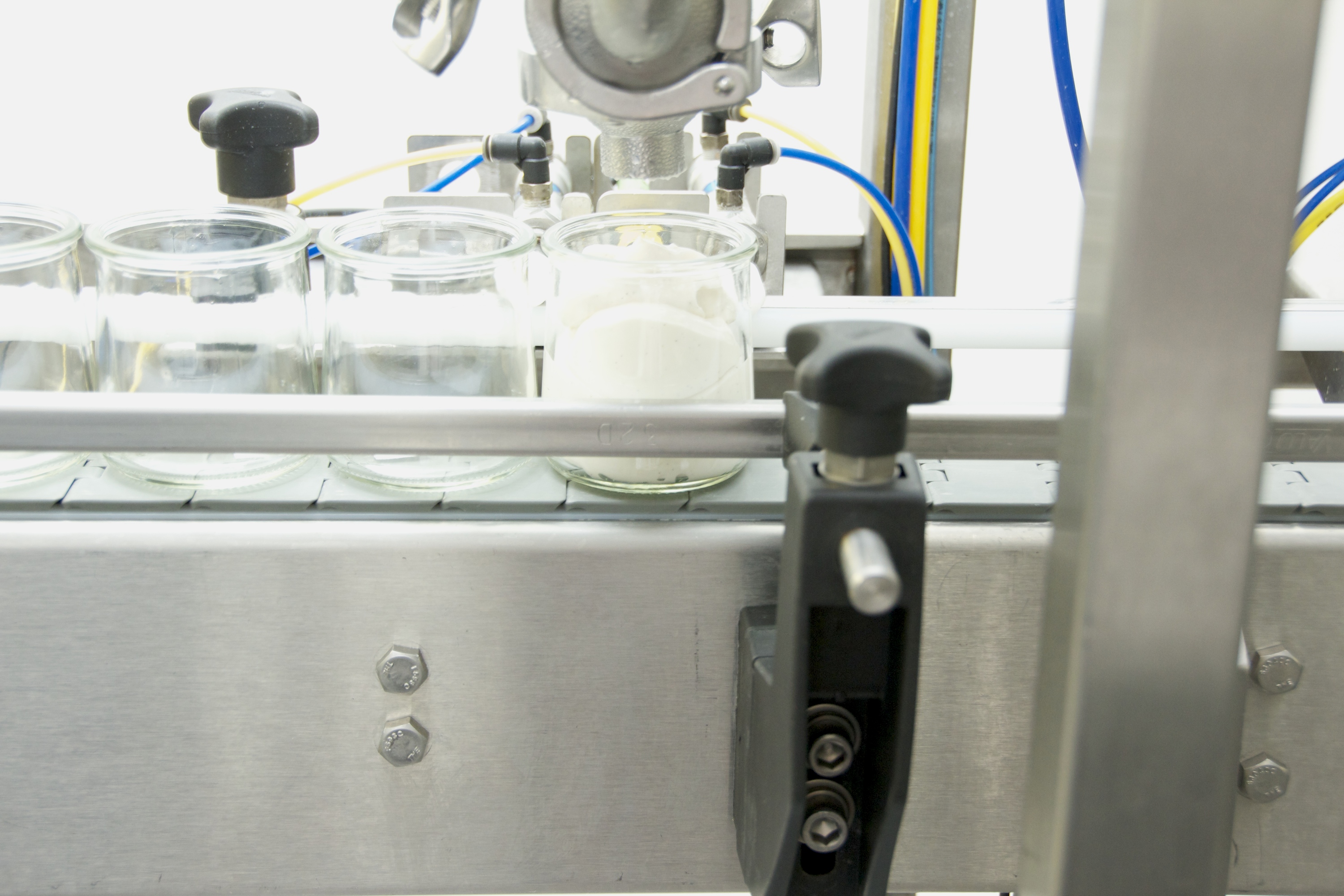 A glass jar of Nounós Greek yogurt being filled

The growth of Nounós, where five of the seven employees are related to either Belesis or Ioannou, is proof of the company’s success. Since its launch in September, the creamery has gone from one customer, North Shore Farms, to more than 230, including Citerellas, Whole Foods in Jericho and farm stands throughout the Hamptons. The company’s biggest fans, however, are the same people that passed down recipes to Belesis and Iannou. 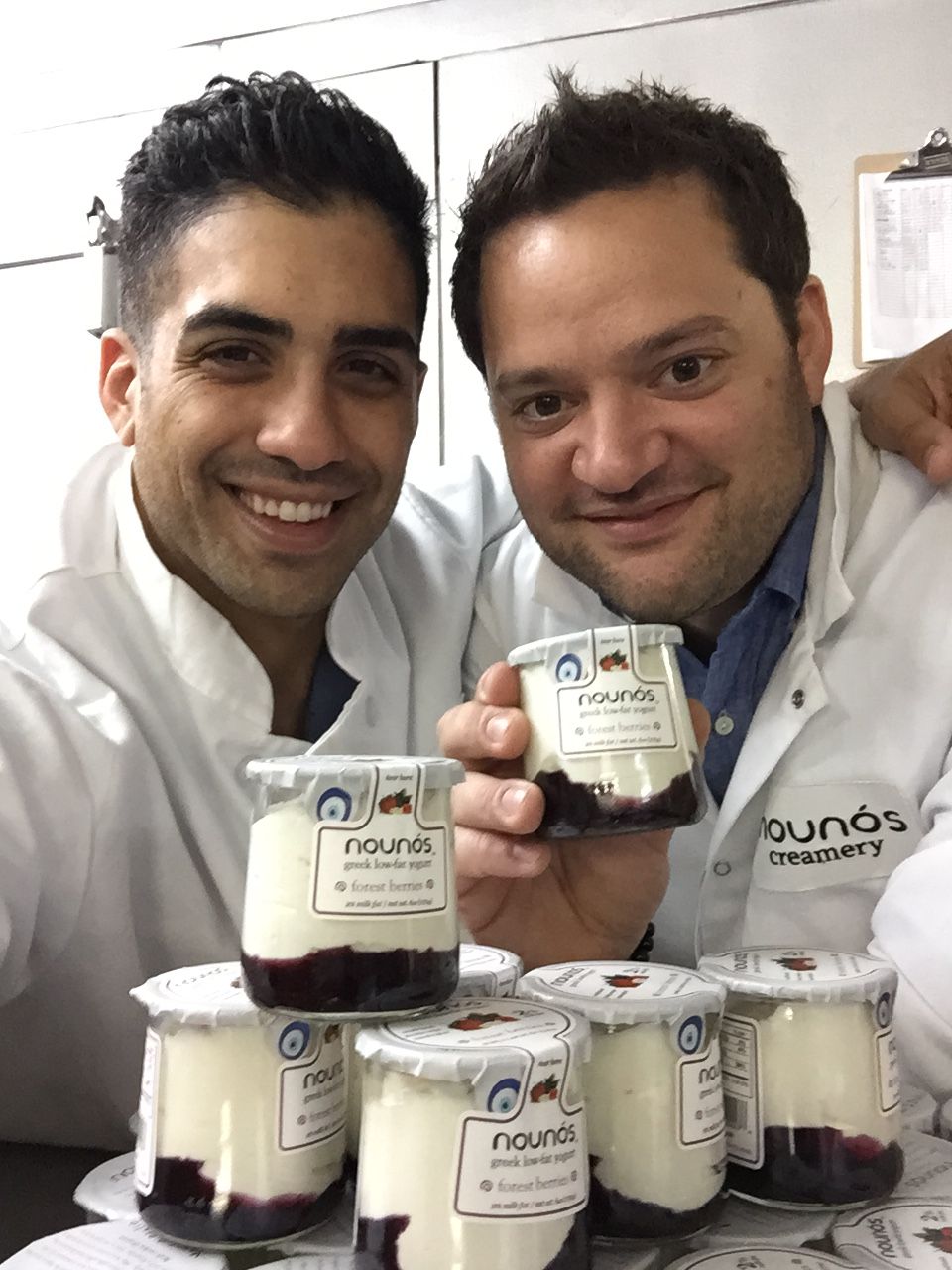 “It’s nice having your grandfather and your father and your mother being so proud of you and constantly showing you off to your family members,” Iannou said. “Every time we have an event, there’s always a huge table of yogurt on it. Everyone’s in Greece right now and they’re all wearing [Nonous] shirts because they’re so proud.”

The family, which prefers their traditional plain yogurt to the funky flavors like peach melba (Iannou’s favorite and special for summer), is about to get even prouder. Belesis and Ioannou recently purchased the space next door to give themselves additional room for straining. They’re getting set to launch pumpkin and apple pie a la mode flavors for fall that just might break grandma and grandpa out of their plain-yogurt comfort zones. It’s a busy time at Nounós, but Ioannou’s biggest goal is to get people to slow it down. 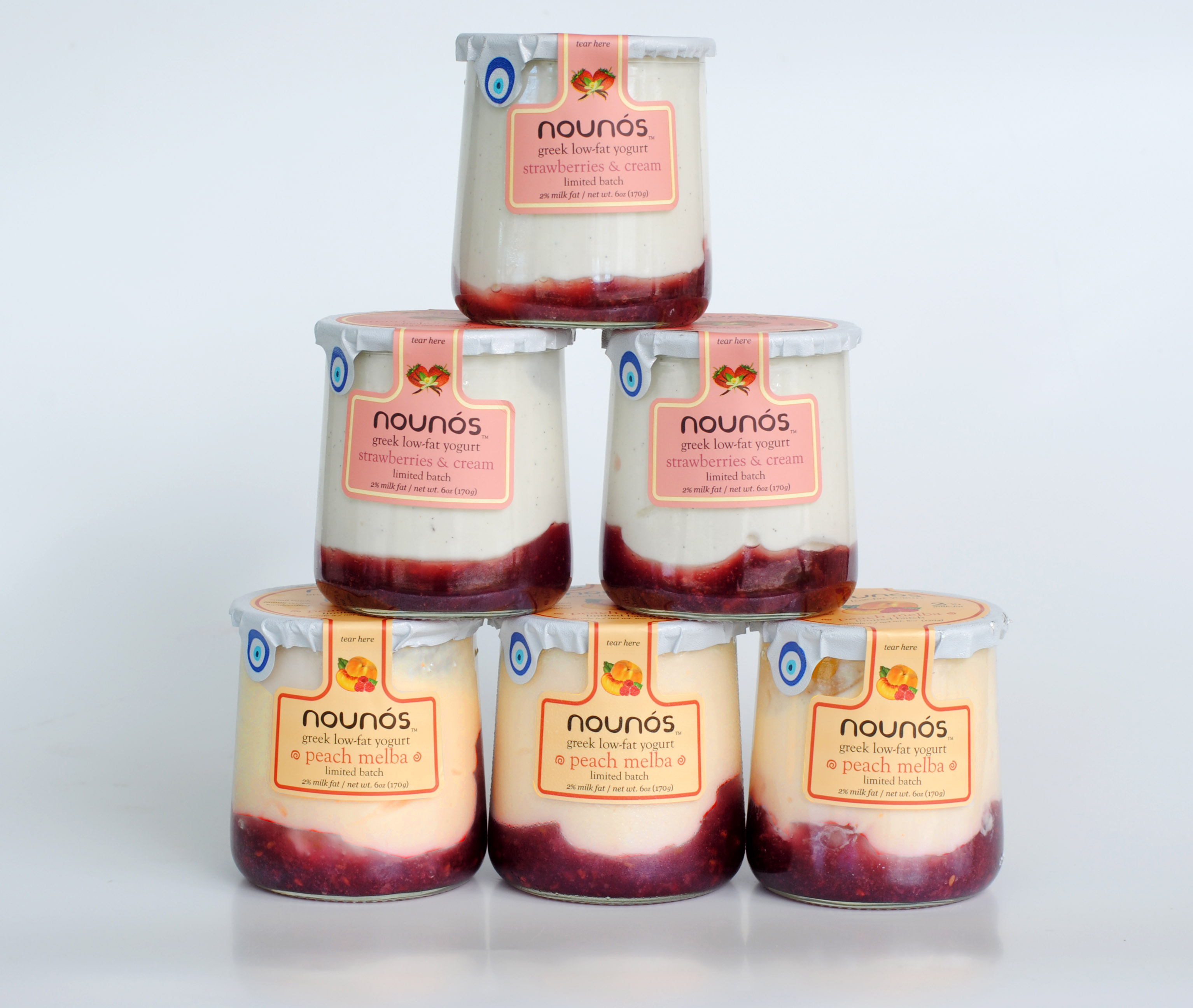 Grab Nounós’ summer flavors peach melba and strawberries & cream before they go out of season.