When the ABC Family docu-series Next Step Realty NYC premieres on Tuesday, Long Islanders will see a couple of familiar faces.

“I think they’re nervous, like what are you going to say on TV?,” Matt Bauman, one of the subjects of the new show said he expects of his family’s and friends’ reactions.

Bauman, Bri Coughlan, both originally from Long Island, and eight other cast members are the stars of the ABC Family show, which follows the real estate agents of Next Step Realty as they find recent college graduates and young professionals New York City apartments while navigating the ins-and outs of life at the quickly growing start-up.

“This show is a love letter and a break up letter to New York City in one,” Bauman said. “There are so many people in the Midwest or elsewhere that have never been to New York before and they’re going to see this show and go this is amazing, I love New York, I love New York even more now that I see how people live there, because their only knowledge of New York is the Marriott in Time Square and watching the ball drop but this is a true New York, so watching them see what $2,000 a month can actually get you which is not a house in Nebraska it’s a broom closet in Tribeca.” 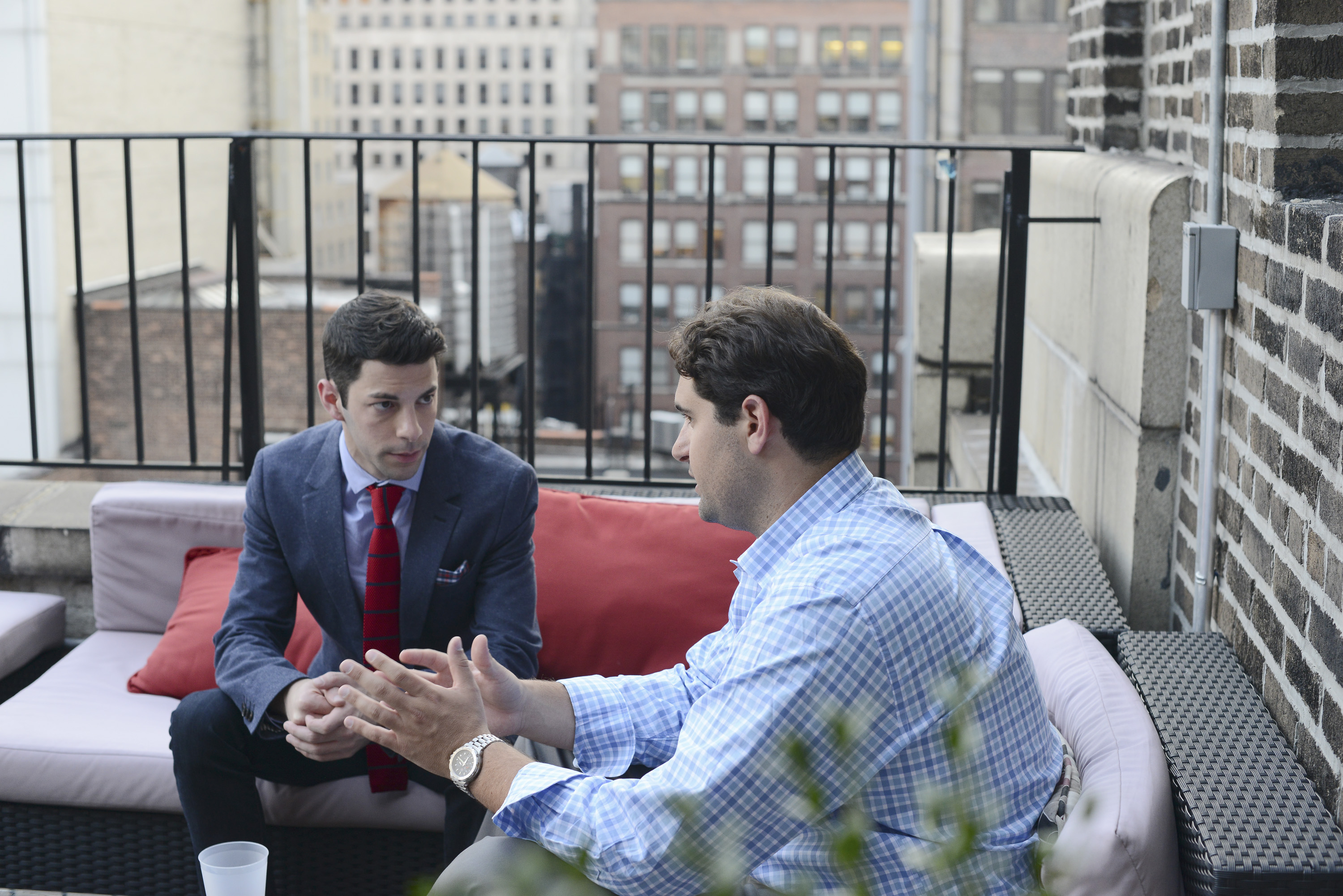 Next Step Realty’s primary market is college graduates moving to New York, which is where Bauman and Coughlan come in. With brand ambassadors at colleges around the country, the real estate firm tries to prep people far in advance of coming to New York on what looking for an apartment is like. The show will focus on the success and missteps of actually getting those people to sign a lease.

“Most people don’t understand how quickly apartments move, so it’s showing gaining that trust and having their back,” Coughlan said. “We want to place you in an apartment here and we need you to move quickly and if they do it’s showing our yes, we got them a great apartment, but if they don’t it shows our frustration of wow we have to take them out again and we have no inventory.”

You can also expect lots of giggling on the show between Coughlan and Bauman. The two were the first agents to join the start-up three years ago and have worked together ever since with the easy banter of people that could be brother and sister. Both are not camera hams, despite the fact they’ve been filming almost non-stop for the past few months.

“I get really nervous at first,” Coughlan said. “You never forget the camera is there,” Bauman said, adding he has a newfound respect for reality shows.

“I think there’s a common misconception that you wake up and the cameras are there and you go to bed and they go away and it’s a little more complicated than that,” Bauman said. “They’re very focused on capturing the good realities of New York real estate market and it’s made this very fun.”

See for yourself when Next Step Realty NYC premiers, Tuesday, Aug. 11 at 9pm. Ten hour-long episodes are scheduled.