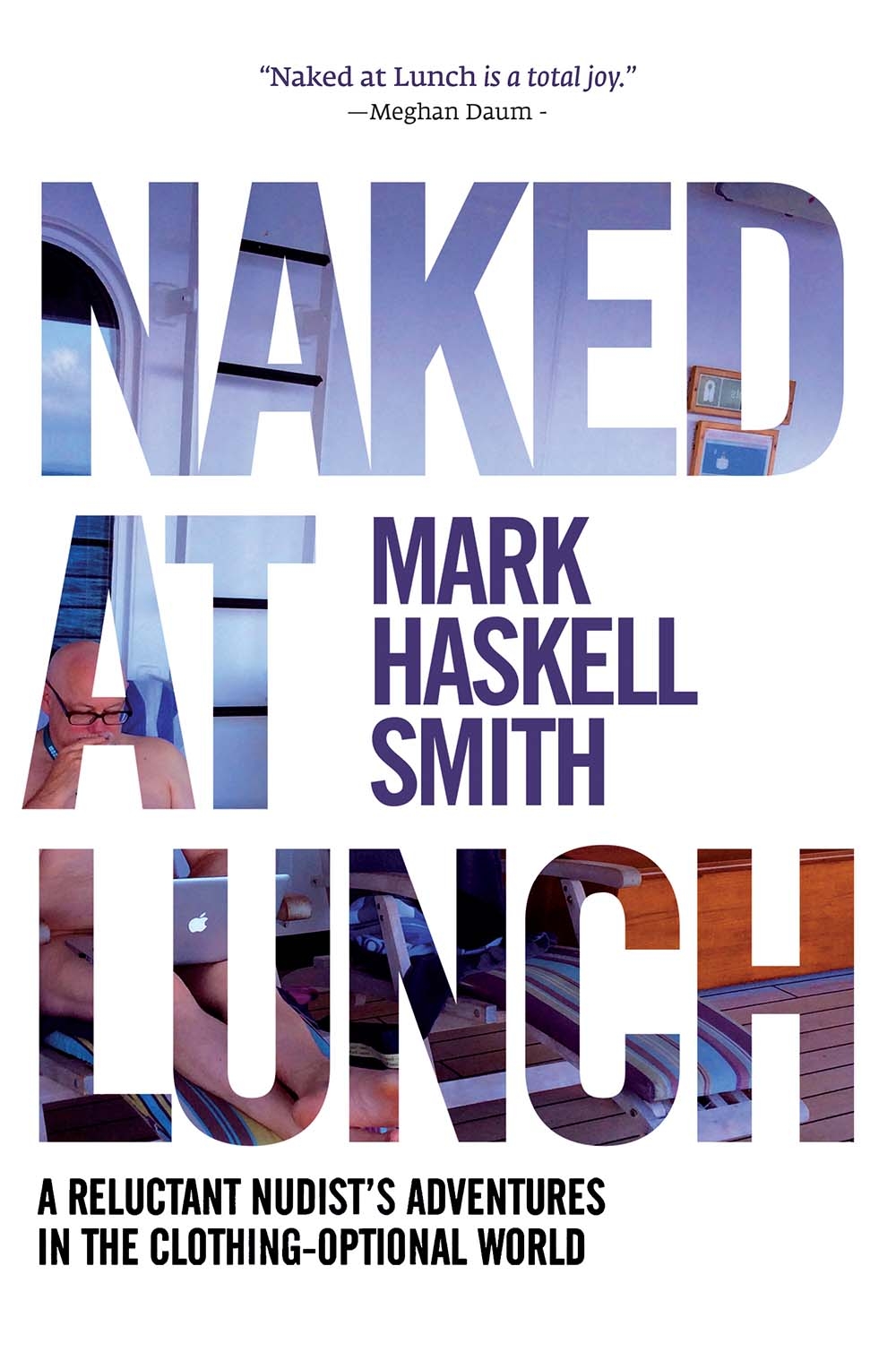 So maybe it’s time to purge, to donate things that don’t fit anymore. That’d make a lot of room, although there’s one suit you’ll never be able to throw out.

You’ve had it so long you can’t even remember where you got it. No matter how much weight you lose or gain, it always fits – though it’s rumpled now, and impossible to iron. And in the new book Naked at Lunch by Mark Haskell Smith, you’ll see what it’s like to wear that Birthday Suit in public.

It’s one of those recurring dreams-bordering-on-nightmare: being naked in public. It happens… sometimes on purpose, which made Mark Haskell Smith wonder: why do everyday people take their clothes off to hang out socially with other bare-skinned people – some of them, strangers?

He needed the naked truth.

Some 15 centuries ago, the Priscillianists believed that God’s power came from the sun, so they abandoned their clothing. In the 1890s, social nudism came to England; by 1907, Germany allowed nudism; the French said Oooh-la-la in 1927, and the first official nudist gathering was held in the U.S. shortly thereafter.

Not everyone was happy about that, naturally. Yes, participants were consenting adults but groups consisted of both genders, which was scandalous. Police were summoned, arrests were made (a California woman served time for nudity in the 1940s), and laws were drafted (in Montana, public nudity can get you six months in jail).

And yet, there’s no denying that some people still get nekkid for social reasons, and Smith had to know why. Interviewing a nudist didn’t offer enough answers – so he shed clothes and inhibitions and visited nude resorts in California and France, sunbathed on a free beach in Florida, and took a cruise ship “nakation.” Smith went nude grocery shopping, talked with the mayor of San Francisco, and learned how nudist magazines in the 50s helped Playboy magazine. He was surprised that he liked nude hiking. And he discovered this: when naked, we’re really all the same. The disparity lies in time.

Go ahead. Admit it: you’re curious. That’s why you’re still reading here, and it’s why I think a lot of people will enjoy Naked at Lunch.

On the best side, author Mark Haskell Smith’s escapades and his observances are hilarious. They made me laugh out loud more than once; the problem is that I can’t tell you about them, since most aren’t fit to repeat in a family newspaper. That leads me to one of the negatives: this book’s profaneness can sometimes descend into juvenility. That goes double in the repetition that often occurs as Smith seems to marvel at his unusual surroundings. Funny, but giggly: it’s a fine line, but less of the latter would have suited me better.

And yet, I come back to curiosity. I had it, and that kept me reading this slice-of-life book. If you wonder, if you’re experienced, or if you just need a laugh, missing “Naked at Lunch” is a raw deal.

Want to uncover more about being uncovered?  Naked: A Cultural History of American Nudism by Brian Hoffman is a comprehensive, illustrated look at taking off your clothes in a social situation. It’s more in-depth and definitely more serious, but if you’re looking for information you won’t find in the Smith book, you’ll likely find it here.