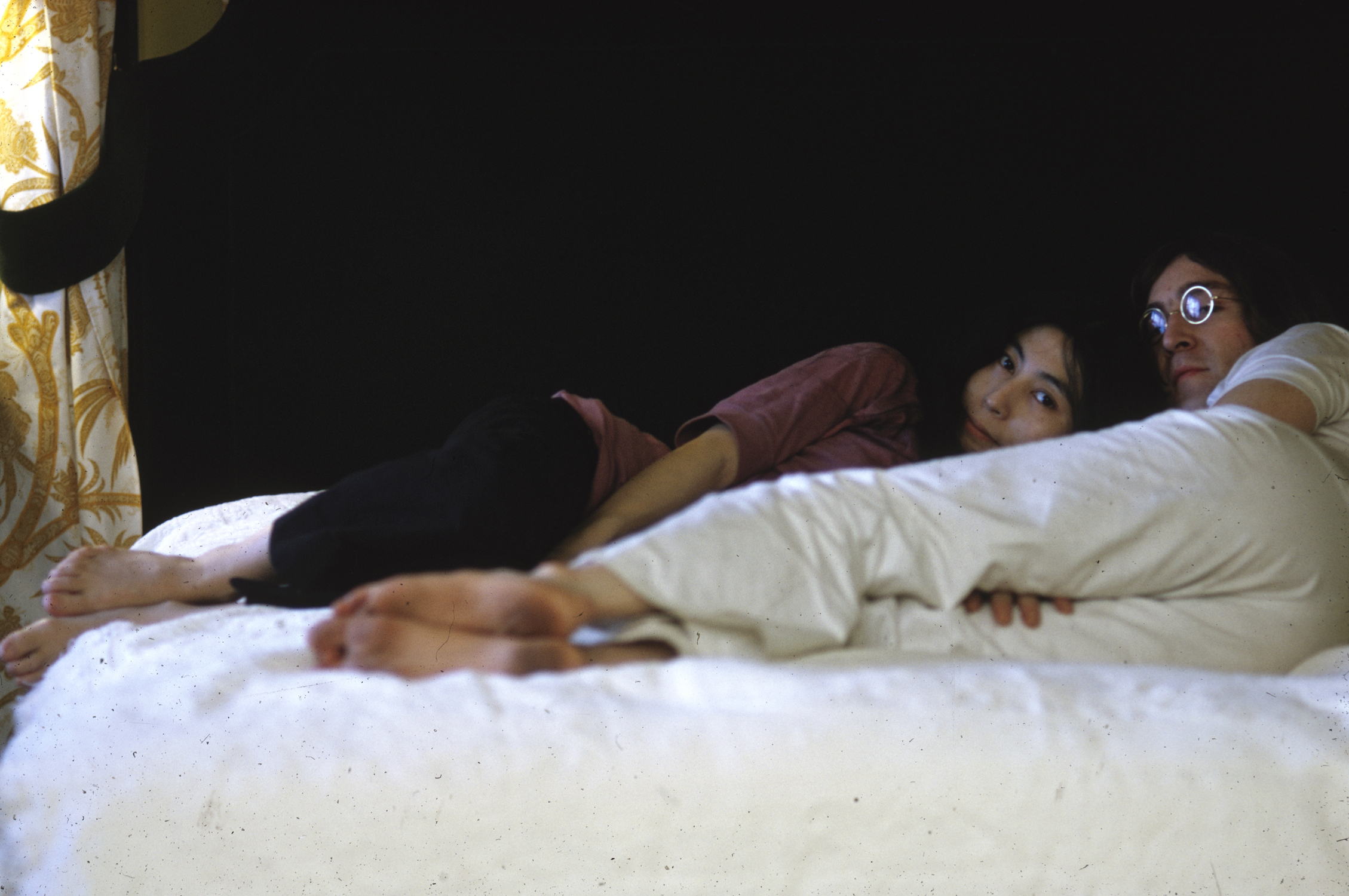 John Lennon and Yoko Ono photographed by Susan Wood for a cover feature for Look Magazine in November 1968 at Lennon’s Tudor Revival residence in Surrey, 25 miles southwest of London.

“It was a liberated period,” said Susan Wood, whose images are on display in the East Hampton Historical Society’s Right On! The Lennon Years. “It was like post-prohibition and it was the beginning of freedom in terms of sexual relations, dating, what you studied at school. There was a demand for things to be opened up.” 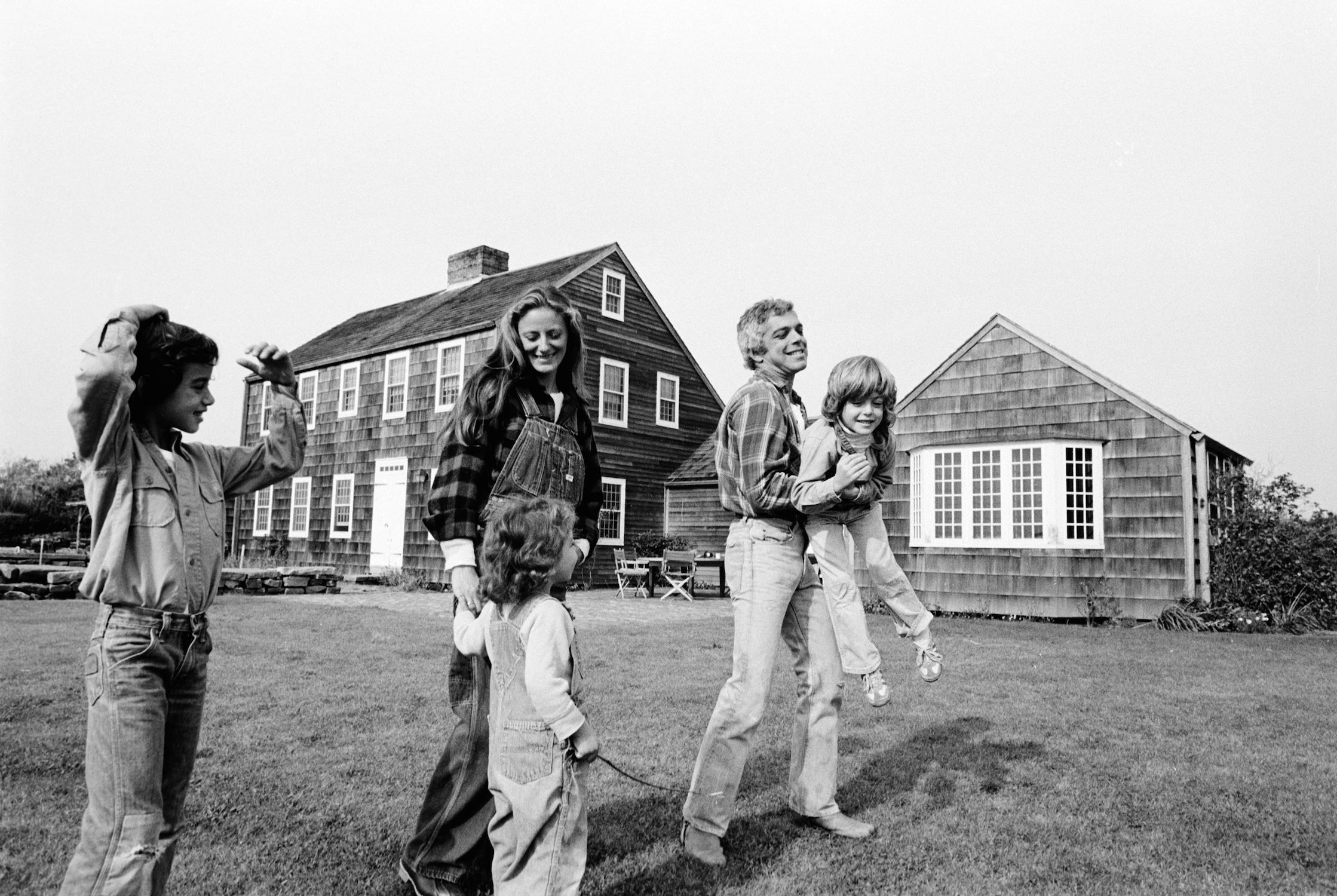 Ralph and Ricky Lauren photographed with their children David, Andrew and Dylan outside their East Hampton home. 1977.

And the decade’s most influential people opened up for Wood, who was at the height of her legendary career. She captured spontaneous moments and raw emotion. Cheryl Tiegs posed nude for her, Ralph Lauren invited her to photograph him and his family at their East End home, Gloria Vanderbilt ran through the street with her children including Anderson Cooper for her and of course John Lennon and Yoko Ono got in a bathtub and on a bed with dirty feet for a romantic shoot with her.

“There are aspects from extreme sadness to great joy that I have caught with some iconic figures that, except when they’re acting in movies, you don’t see it when you do an interview and take a straight shot,” Wood said.

“I’m trying to look for the non-obvious,” said photographer and former New York Times reporter Deirdre Brennan, who had the tall task of curating the exhibit. “Compositionally, whether they’re traditional or non-traditional, I think they’re always perfectly composed, but I always look for something that is not the obvious.” 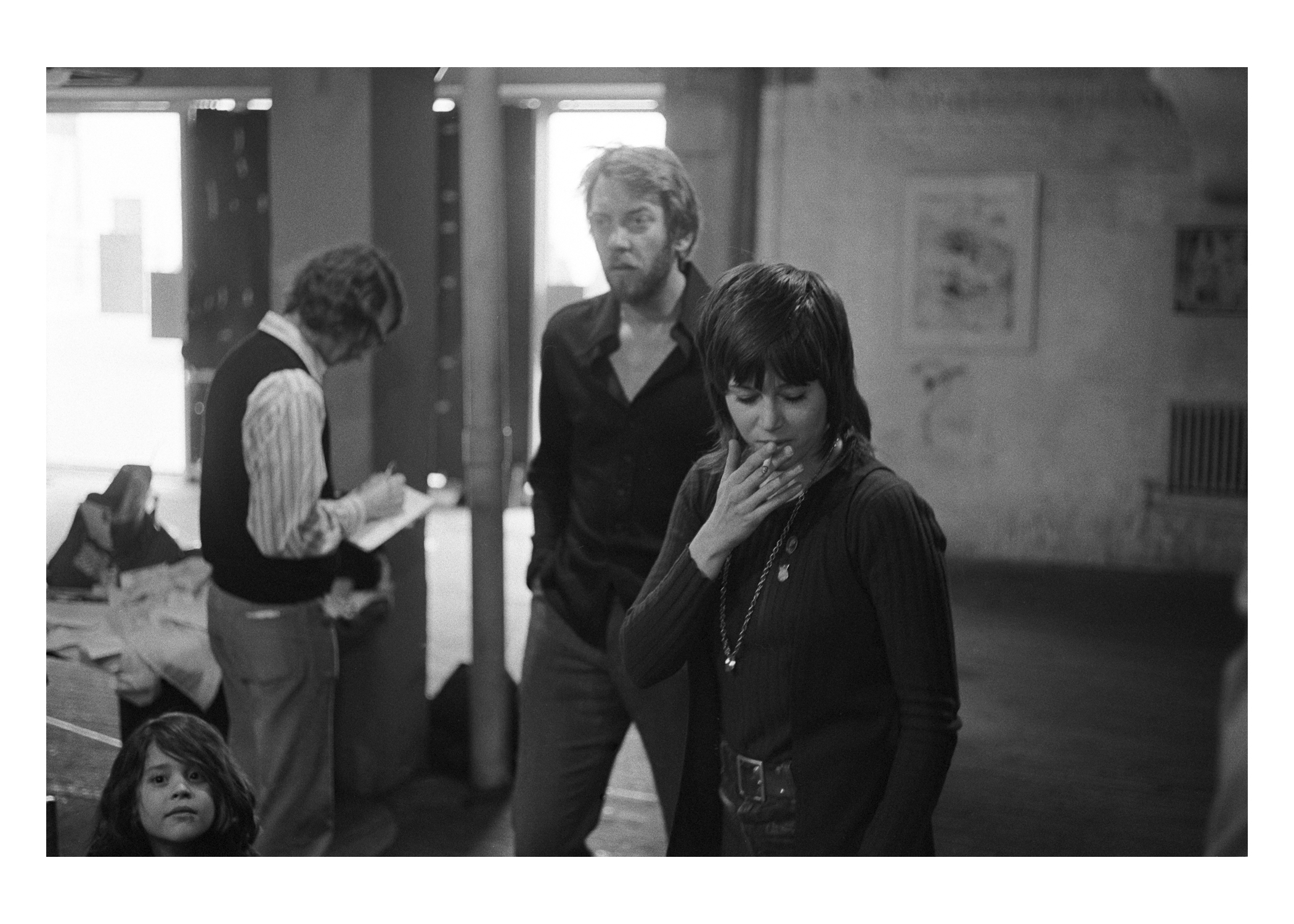 Jane Fonda and Donald Sutherland pictured during rehearsals of the anti-war road show “F.T.A (Free the Army).” 1971. The loose composition makes it a favorite of Brennan’s.

Capturing the influential and interesting in their elements, looking natural is a knack Wood developed over the years. Never in awe of their celebrity, she treated them like humans and they pulled back the curtain letting her in to capture them being their true selves.

“I think the photographer has to look at them as other human beings and not as stars or something other than a human being,” she said. “Empathy. They responded to me and I responded to them and I think that works.”

Take, for example, her most famous cover shoot with Lennon and Ono for Look Magazine that headlines the Right On! exhibit. The duo that publicly advocated for peace and experimented with art, music and marijuana were actually a little camera shy, so Wood backed off.

“I said, ‘My writer, Betty [Rollin], is here and wants to go shopping. Why don’t we take a vacation from each other and meet tomorrow and start again?’” Wood recalled. “John left and talked to Yoko. He came back and said, ‘Can we come?’ That broke the ice. We put the camera aside and went shopping. We had a wonderful time.”

Ono made lunch and Lennon sang made-up songs about girls from Sarah Lawrence (Ono, Wood and writer, Rollin, all attended Sarah Lawrence). Wood captured the love, tenderness and grief of the decade’s iconic couple shortly after they suffered a miscarriage, a brand of images that goes beyond the fashion and celebrity to make Right On! a must-see exhibit that conveys the true essence of the period.

“I think I caught some spirit of these people who became icons of the period, the spirit of them being very human,” Wood said. “Letting people see the humanity has value. I’m proud of that, that I caught this. I’m proud to have done this exhibit.”