The soulful, jazzy voice of Leah Laurenti draws you in, making you forget about whatever you were doing, to instead stop and listen and feel. At least it did for us at Pulse when a group of us ran into the singer/songwriter singing not far from our Patchogue office one night.

The former American Idol contestant, who released her first album last year, is getting ready to release several music videos in between her busy summer performing schedule.

Long Island Pulse: Tell us a bit about what being part of American Idol was like?
Leah Laurenti: After high school I tried out for Season 9 of American Idol. I made it to Hollywood with a “Yes” from all four judges including Simon Cowell, Randy Jackson, Kara DioGuardi and guest judge Victoria Beckham. I made it to the top 90 out of 125,000 people that season.

I have grown so much since the show and learned so much from the show as well. I have more confidence in what I do and how to hold my head up high in this tough industry. Perseverance and a superhero attitude! I can do anything and I am living the dream every day. I may not have won American Idol, but I won in so many other ways within myself.

Pulse: How would you describe your music to someone you just met?
LL: I usually tell people I have a very soulful jazzy voice. My voice has depth and emotion behind it and I want it to captivate people and tell a story that people can relate to or be moved emotionally by.

Pulse: How did you get your start in music?
LL: I have always had a connection with music. From a very young age, I loved hearing music, dancing to it and eventually writing my own. I started playing piano when I was 12, purchased my own keyboard from PC Richards’s and self-taught.

It wasn’t always easy, but I kept at it, did the best I could and eventually began developing and writing my own songs. By 17, I purchased my own guitar and I started to learn that on my own as well.  I’ve written so many songs now and I just keep going!

Pulse: What’s the story behind your self-titled debut album?
LL: Not long after I met my now songwriting partner, Frank Anselmo, at the grand opening of a restaurant in Port Jefferson, we started writing songs together and when we saw things were really developing and coming along in the studio we decided to release a full-length album. Frank has shown so much endless support and has believed in me so much as an artist. Pushing me to think outside of the box and also pushing me to stay true to my singer/songwriter self. We released my first full-length original album on October 7, 2014 and I’ve ever since been performing with my band at local Long Island clubs.

The album has been a great success and I am so pleased with all the feedback. It’s available on iTunes and can also be purchased at live shows.

Pulse: What are you working on now?
LL:  I am getting ready to release my next music video for one of my new singles. With so many new songs to choose from I am not sure which song we will release first, but please stay tuned! And my band is rehearsing for our next few shows coming up. 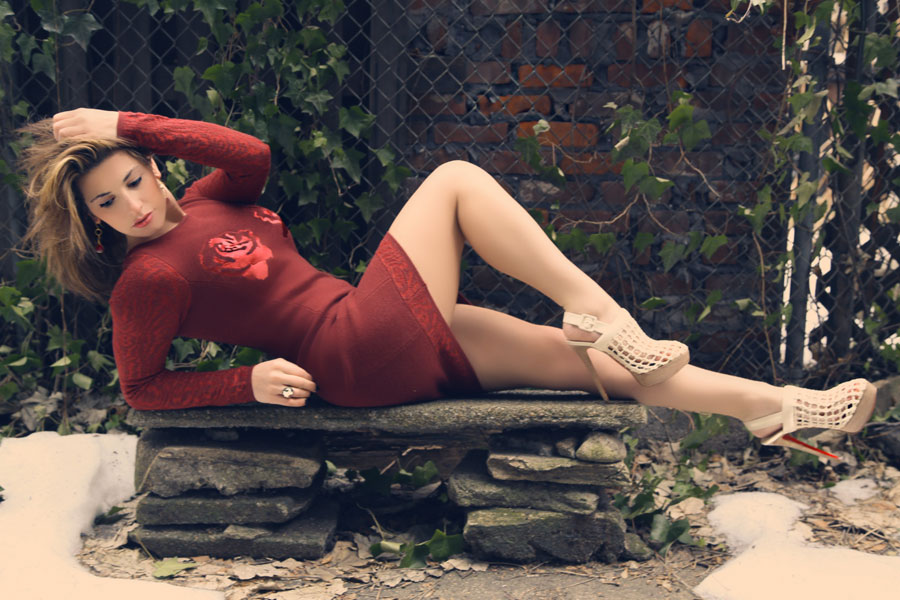 Pulse: Where can we hear you perform in the upcoming months?
LL: You can always catch me playing a local show down in Port Jefferson at the Graceful Rose, over in Great River at George Martin’s Steakhouse, Mannino’s in Commack for a jazzy lounge night, Bella Vino in Patchogue and so many more. Check my website for more information and schedules.

Pulse: Who are you listening to right now and why should we listen to them too?
LL: I have been listening to a ton of London Grammar. Amazing lyrics, great sound and just an amazing group of talented musicians. I have also been listening to Amos Lee. An honest voice with such honest lyrics and beautiful tones to his voice.