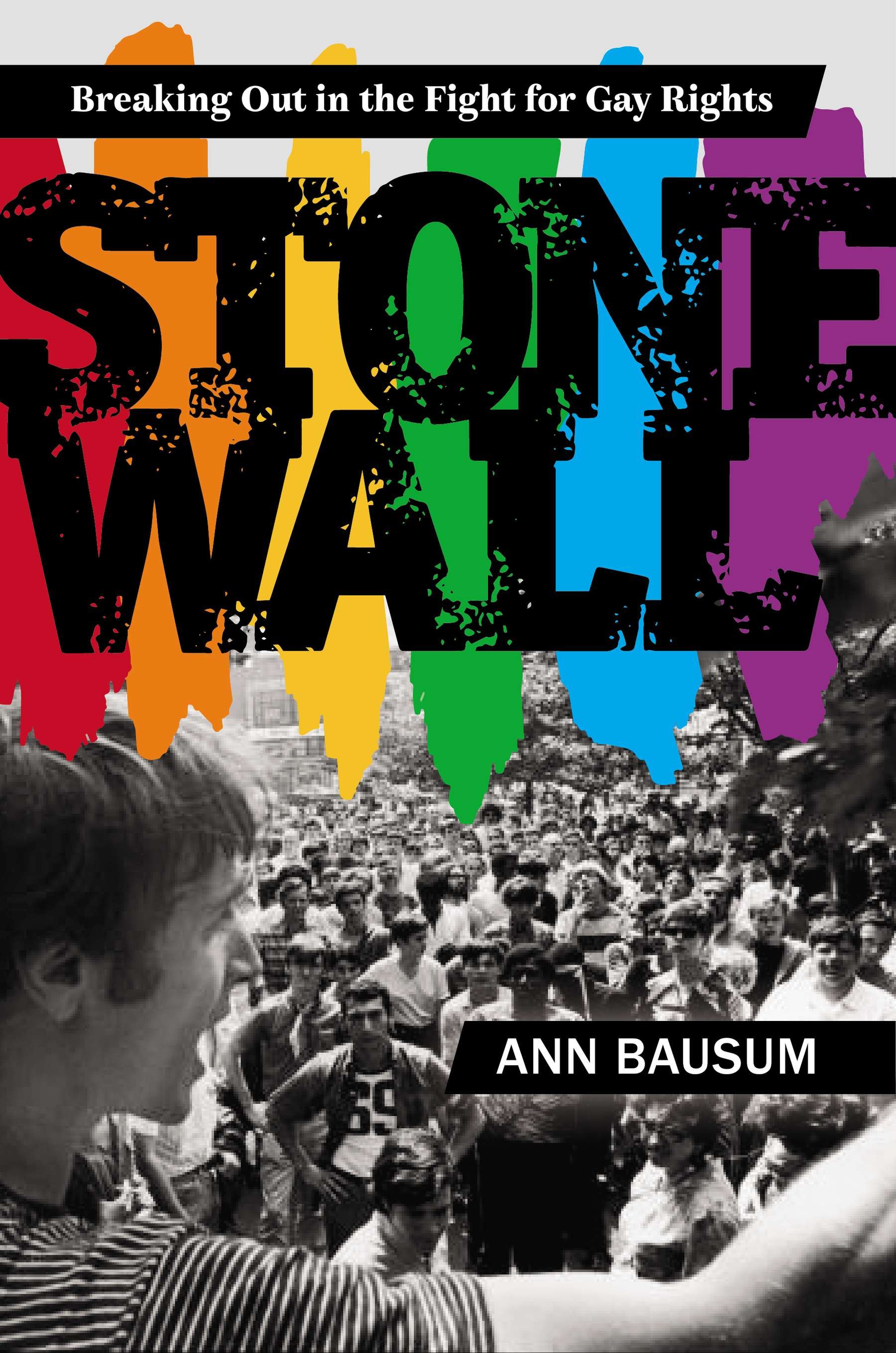 Your favorite hangout isn’t all that fancy.

It’s comfortable, though: you’ve got places to sit, flat surfaces for your stuff, and your friends are always around. Best of all, nobody says you can’t be there; everybody’s welcome all the time. It wasn’t always that way, though, as you’ll see in Stonewall: Breaking Out in the Fight for Gay Rights by Ann Bausum.

There was a full moon that night and it was hot.

Not hot like you’d describe a person but “beastly hot,” weather-wise – and it was hotter inside New York’s Stonewall Inn.

For years, it’d been illegal in many cities to dance with someone of the same sex. With a few rare exceptions, being gay could get you fired from work, rejected by family, and generally ostracized; if you were a man wearing women’s clothing, you could be arrested immediately. But the Stonewall allowed dancing, drinking, cross-dressing, and the police looked the other way because, says Bausum, the Mafia had ties to the Stonewall and bribes kept things running.

By June 1969, this covert freedom started causing problems: “closeted homosexuals” involved in an international bond scandal were spotted at the Stonewall by “organized crime operatives” with blackmail on their minds. The New York police department was ordered to close down the Stonewall. In the hot early morning hours of June 28, they raided the packed bar.

As partiers and staff were arrested, a crowd began to form to taunt police – and it grew as people ran to pay phones to call friends. Some of those arrested were freed; others were roughly handled. Bausum says that one of the latter, a lesbian, asked the crowd if they were going to do anything about it – and they did.

At first, pocket change rained down on the police, then pebbles, stones, bottles, and burning containers. Some of the officers took refuge inside the bar, awaiting backup that didn’t arrive for nearly an hour as two thousand people raged on the streets. Riot crews eventually showed up, and were mocked.

The unrest, says Bausum, lasted several nights – but what lasted longer was that lesbians and gay men suddenly knew that they weren’t alone.

Although it can become somewhat florid for the sake of drama, Stonewall is a nicely surprising book filled with history that few younger people may know.

The surprise comes in what author Ann Bausum shares, which seems tame by today’s news, perhaps even quaint: nobody was seriously hurt, and the single death was accidental and barely related. That almost made me afraid readers might forget that the riot marked the coalescence of activism for gay rights, but Bausum anecdotally reminds us repeatedly of Stonewall’s importance. She then goes on to look at activism at other times in LGBT history.

This book is meant for teen readers ages 12 and up, but it might be a challenge for those on the younger end and it certainly can be enjoyed by adults unfamiliar with this event. If that’s you, then Stonewall is rock-solid.