America can’t get enough of the motorcycle.

Or, at the very least, Stony Brook residents and visitors seem to have a thing for bikes. Ward Melville Heritage Organization’s 2014 summer exhibit “America’s Love Affair with the Motorcycle” was so popular, it’s back for a second year and almost twice as big. Fifty-one bikes are parked at WMHO’s Educational & Cultural Center in Stony Brook Village, an upgrade from 34 last year.

“We had such an amazing response from last year’s exhibit that we decided there was enough motorcycles that we didn’t touch on from last year that we could do it again and do the same, similar timeline, and not repeat any motorcycles from the year before,” Educational and Cultural Center Director Jenna Loverro said. 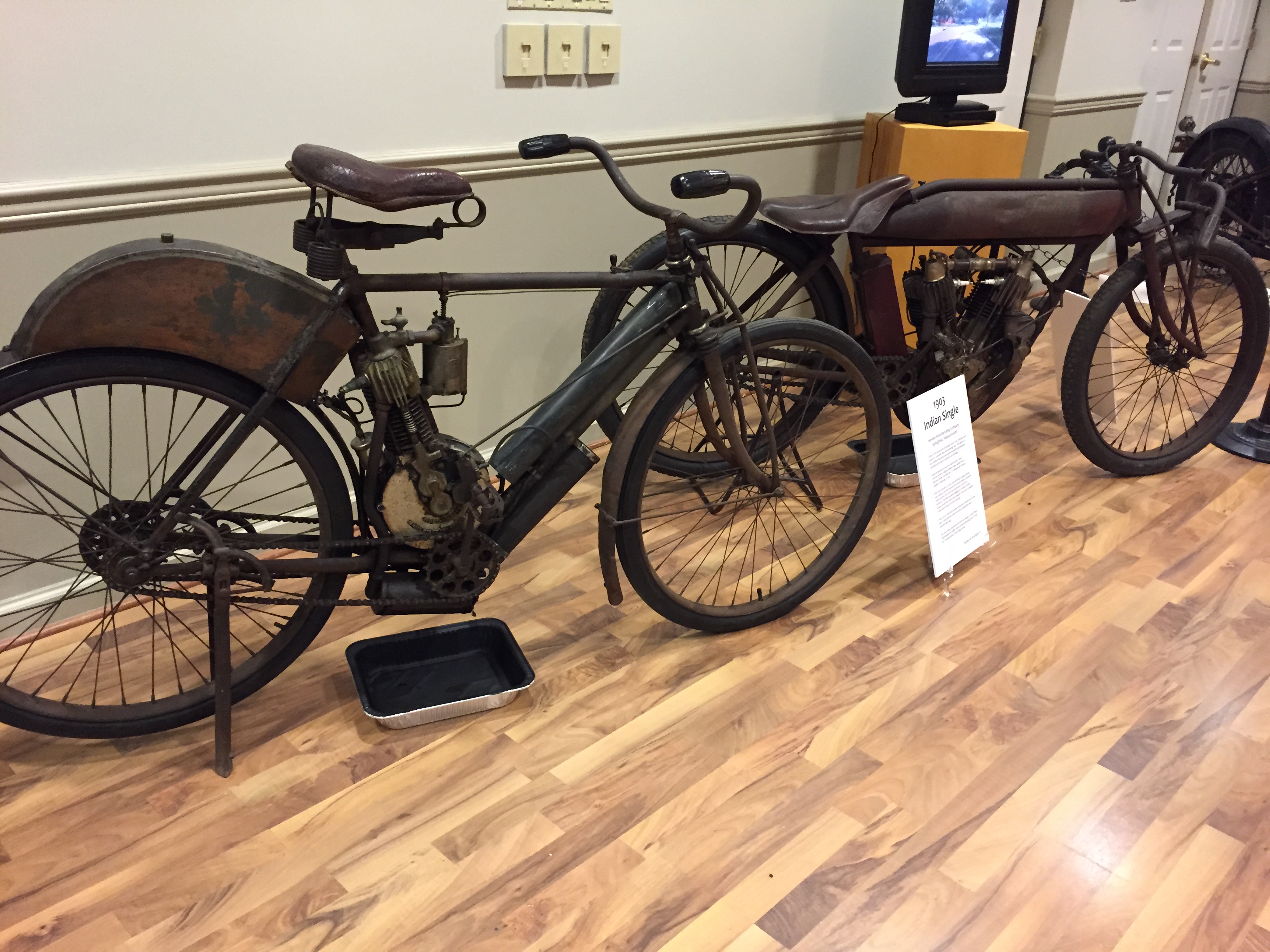 Walk into the exhibit and look to the right for a glimpse of a piece of history, the only known unrestored 1903 Indian.

“To find a motorcycle that’s that old is rare to begin with but then to find one that’s completely unrestored, that no one has modified or updated is really amazing,” Loverro said. 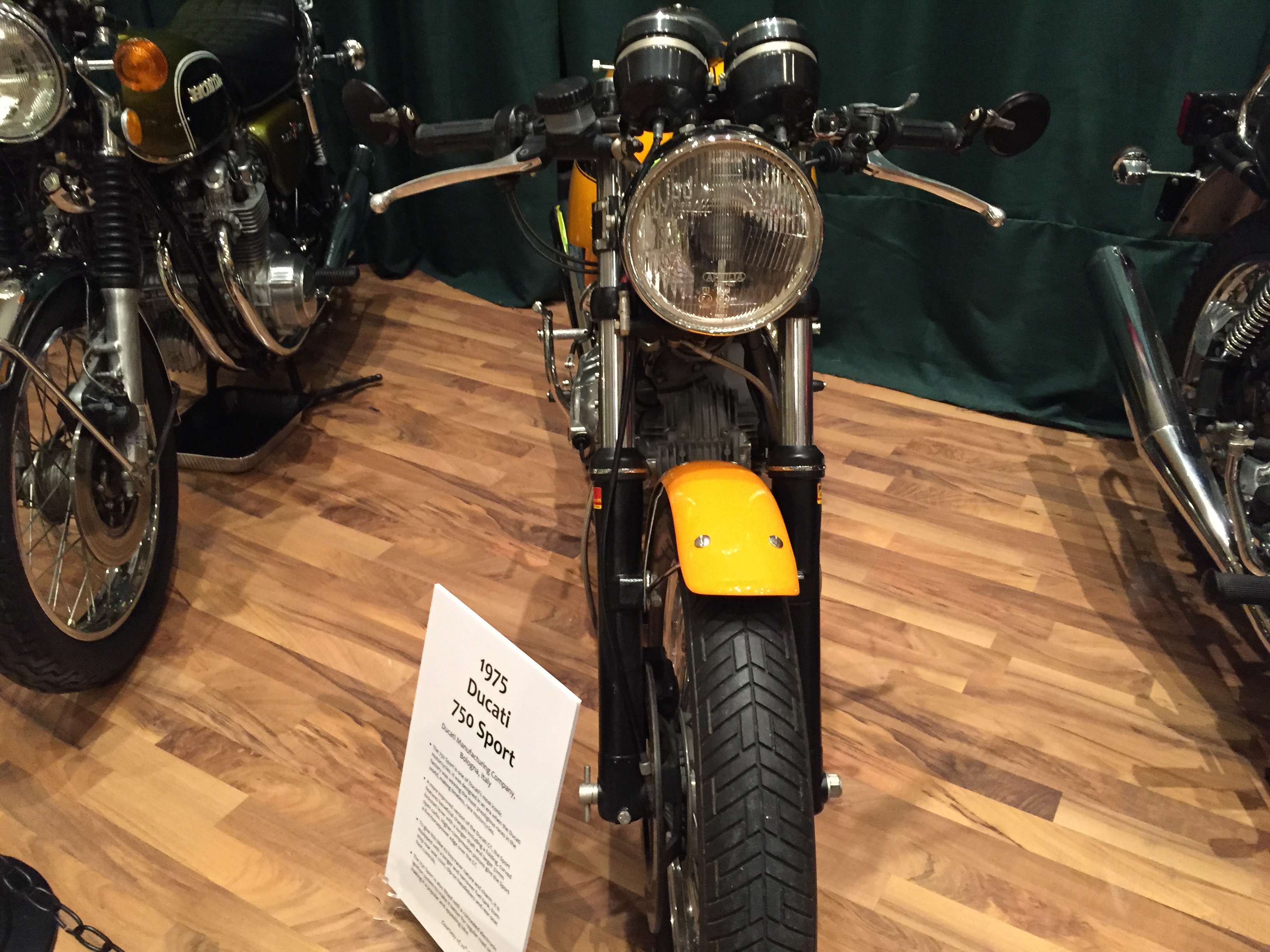 Next to it is a 1912 Indian TT Racer, featured in The History Channel’s American Pickers and donated by star Mike Wolfe. There’s a 1975 Ducati 750 Sport from Billy Joel’s 20th Century Cycles shop in Oyster Bay and a bike that runs completely on canola oil. Nearly a dozen of the bikes, like a 1955 Harley Davidson, are from people who came to the exhibit’s 2014 installment.

“Last year, we had people who said, ‘I have a bike and I want to show it,’” Loverro said. “I love how people are willing to share their collections with us and the rest of the Island.”

Though motorcycle riders are sure to love the exhibit, Loverro said it’s something anyone can enjoy. History buffs can learn facts about different businesses, like the early years of the Indian Motorcycle Company, which started as the Hendee Manufacturing Company in 1897 (did you know motorcycles have been around since before the turn of the 20th century?). Mechanics can get a kick out of a 1950 Vincent Rapide, every nut and bolt on it is the same size so anything from a tire to a loose screw can be fixed with a single wrench. In the end, for Loverro, it’s not just a motorcycle exhibit, it’s an art exhibit. 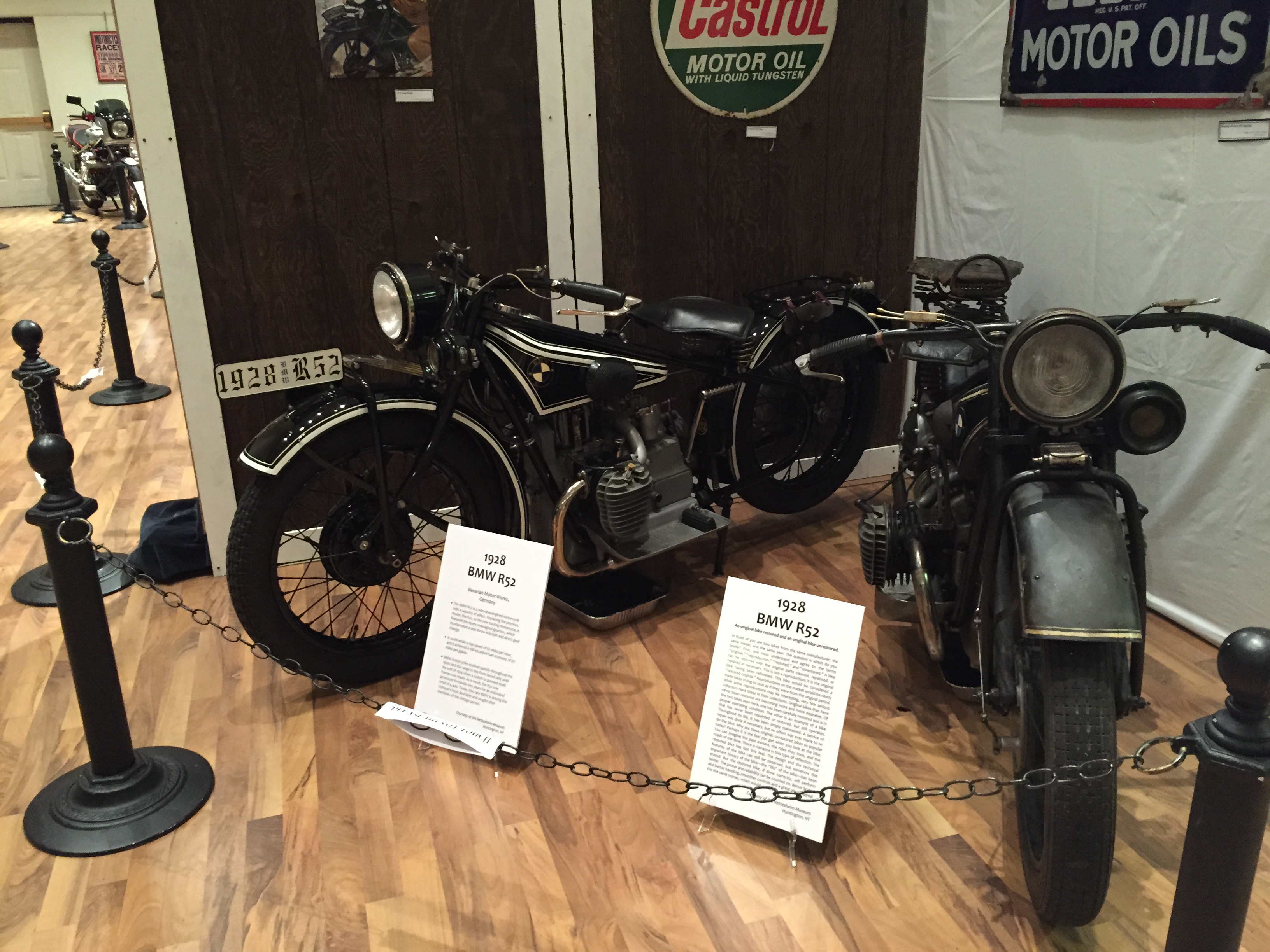 “Motorcycles themselves are art,” she said. “We have a 1928 BMW. One is restored, one is unrestored and it’s what do you prefer? To me, they’re both art.  The mechanics, the lines of the bike. It’s an appreciation.”

Once again, people are coming in droves to learn and appreciate the beauty and history of motorcycles, and they’re offering to show theirs next year, so will it become a trilogy?

“There might be,” Loverro said with a smile. “I don’t know what avenue we’re going to go down. Hopefully, we’ll do motorcycles again. It seems to be a big hit. America loves the motorcycle. They’re interesting, people gravitate towards them.”

If You Go
America’s Love Affair With Motorcycles…Continues
When: Open through Sept. 7, open seven days a week from 10am-5pm
Where: WMHO Educational & Cultural Center, 97P Main St., Stony Brook
Price: $5 for general admission, $3 for children 12 and under
More information: 631-689-5888