The inaugural Suffolk County Marathon will be the 11th of Stony Brook resident Noah Lam’s life. He may not be saying that if one day in 2008, at his heaviest weight of 245 pounds, he didn’t plop himself down on a couch to watch the epic rom-com-drama Forrest Gump for quite possibly the millionth time.

“I said to myself, ‘I think I can at least do a marathon if he can run across America,’” Lam laughed.

So he signed up for the 2008 New York City Marathon.

“I remember a lot of people thinking I was crazy, including my wife. I had never done it before and hadn’t done anything healthy for the longest time,” he said.

Lam crossed the finish line. Since then, he’s run half marathons, 5Ks and last year, his first-ever iron man, but the Suffolk County Marathon will be special for him. Lam grew up on the South Shore in Great River and spent much of his time at Heckscher Park, where the marathon will begin and end. 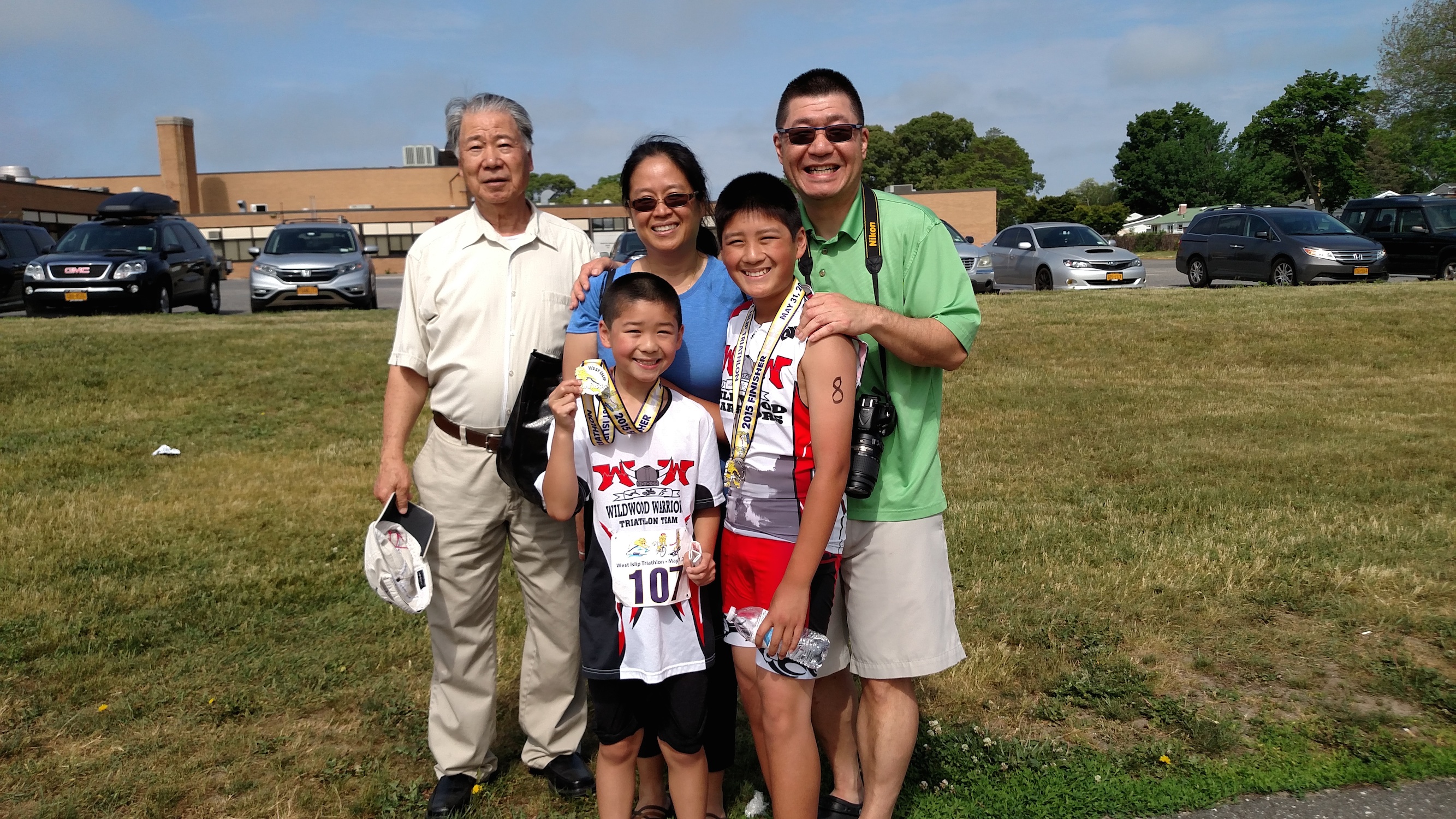 Lam with members of his family. Both of his sons run track and his wife is training for an iron man.

Spending time with friends and family is still top of mind for Lam. Over the past eight years he has built a community around racing, and his family is very much a part of that. Lam’s wife is training for an iron man, he’s involved with his two sons’ track teams and his 17-year-old daughter juggles an active lifestyle with college applications. The camaraderie and being able to push others helps Lam stay the course, not just on race day but every day he makes the choice to get out there for a run.

Lam is training for the marathon with several of his friends. For some, it will be their first, and they’re asking him for advice on how to eat and what to wear, questions he couldn’t imagine answering in 2008.

“It’s cool to know that before I would have just thought they were crazy and now it’s like, ‘When is it time for this race or won’t you join me in this race?’” he said.

Maybe life really is like a box of chocolates.