The name Bill Laimbeer is synonymous with winning. A four-time NBA All-Star, he helped the Detroit Pistons to a pair of titles in 1989 and 1990. He and his Detroit teammates, including Hall of Fame guards Isiah Thomas and Joe Dumars, are the only players to have winning records against NBA legends Larry Bird, Michael Jordan and Magic Johnson.

That’s pretty rare air. It’s no surprise that Laimbeer’s No. 40 hangs from the rafters at The Palace of Auburn Hills, never to be worn again by a Pistons player. In 2002, he took over as head coach and general manager of the WNBA’s Detroit Shock and needed only one year to bring the franchise its first-ever ring. He led the Shock to supremacy twice more in 2006 and ’08.

Now, Laimbeer is at it again as coach of the New York Liberty, who own the WNBA’s best record with less than a month left in the regular season. In the middle of the stretch run of the season, Laimbeer took some time to talk about his playing career, the difference between the men’s and women’s games and which NBA legends talked the most smack.

Long Island Pulse: You and your Pistons teammates were known as “Bad Boys” and weren’t exactly popular with opposing teams and fans. Who was the biggest smack talker you played with on the court?
Bill Laimbeer: There’s a lot of them. Larry Bird talked a lot out there because he was so good. Kevin McHale, too, the Celtics were so good they could back it up.

Pulse: Anything you can repeat?
BL: No, not really (laughs). 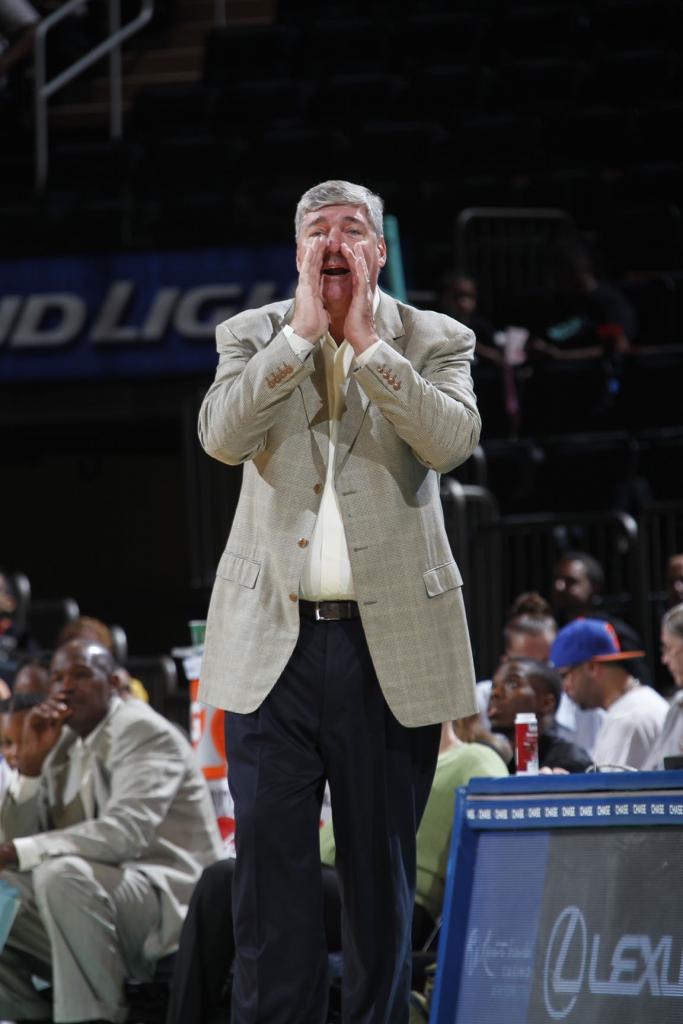 Pulse: What inspired you to transition to coaching the women’s game?
BL: I started coaching in Detroit with the Detroit Shock in 2002. The Detroit Pistons owned the team and they were struggling and they needed to go in a different direction and have a new coach. They asked me to do it, and I said I would. We were very successful and won three championships. Then, I went to the men’s side for two years to see what that was like. Then, I came back to the women’s game a couple years ago to coach the Liberty.

Pulse: What are the biggest differences between coaching the women’s game and the men’s game?
BL: The athleticism is completely different by physical nature. The women’s game is still growing, so the disparity of talent drops off much faster than it does on the men’s side. Other than that, basketball is basketball. They’re all very competitive. They play just as hard as the guys do.

Pulse: The Liberty are in first right now. What does this team need to do to get the top seed?
BL: Keep winning (laughs). I think we have to put the team first. We have to make sure we’re really focused on defensive rebounding. That’s the hallmark of who we are, so it’s important that we continue with that. We’re doing better on the offensive end, but we still hang our hat on defense.

Pulse: You’ve been a winner your entire career, first winning two titles with the Detroit Pistons and then leading the Detroit Shock to three WNBA titles as GM and coach. How, if at all, will you use those experiences during this crucial stretch run?
BL: Just communicating to the players the intensity level that’s necessary, attention to detail that’s necessary to make yourself a great team. A lot of it falls on the players. Most championship teams have great internal leadership in the locker room. We have that right now, so that’s a big positive for our team and it takes the pressure off the coach to create that. That’s a leg up we have already. Now it’s just a matter of paying attention to detail and execution.

Pulse: Who are those internal leaders?
BL: We have a good amount of them. We brought in Tanisha Wright this year as a first-year player for us and she’s a 10-year veteran. She’s a very strong-willed leader. We brought in Swin Cash last year. Both those players were acquired because of leadership especially. They’re still great players but we wanted to transform this team into where we wanted to go.

Fill out my online form.