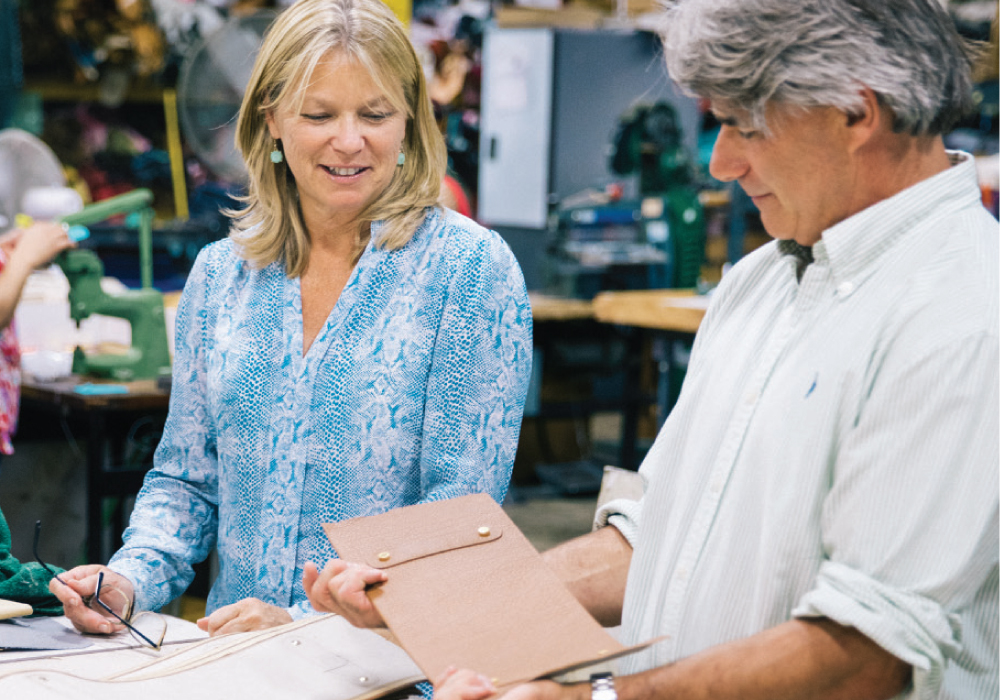 For Carol O’Connell and her brother Tom Glazer, it began simply as a job. Their father opened a leather goods business out of his Floral Park home and needed their help running it. They obliged and then never left. Today, about 40 years after helping out dear dad, O’Connell and Glazer own and operate the family business. They’ve evolved the original brand, Graphic Image, which produced agendas, diaries, journals and the like, and in 2009 founded daughter company GiGi New York specializing in handbags.

“We had already educated ourselves in sewing and edging and manufacturing small personal leather goods, so we just grew into larger leather goods,” O’Connell said. And, added Glazer, “we started with totes, so it was less of a leap.” In keeping with their father’s more traditional form-follows function designs, the siblings decided to launch GiGi with simple and classic styles—bags that appeal to their middleaged contemporaries as well as women in their 20s. “It’s anything but modern,” Glazer said. “It’s the age-old way to do it.” 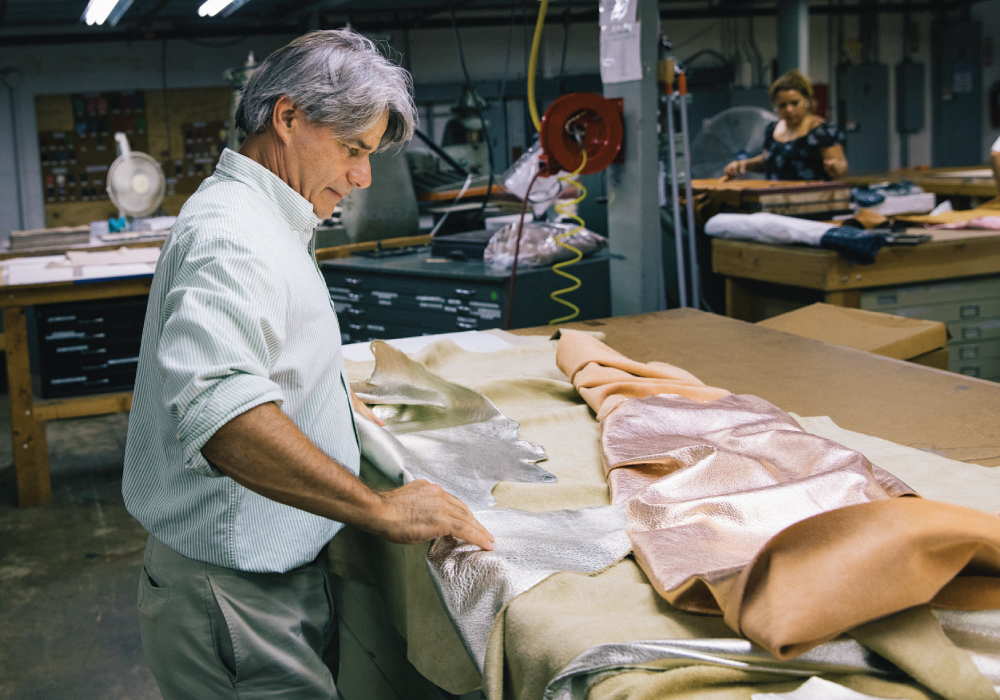 It’s that concept that has made their handbags desirable, and landed them in the arms of celebrities like Jessica Alba, Jennifer Garner and Beverly Hills “Housewife” Lisa Vanderpump— but their success comes from decades of experience, deep knowledge of leathers and a modest disposition. “[Tom] has spent 30 years knowing leather and who the players are and what is quality… the one thing that stands out dramatically is the quality of our leather and the price that it’s offered at,” said O’Connell. 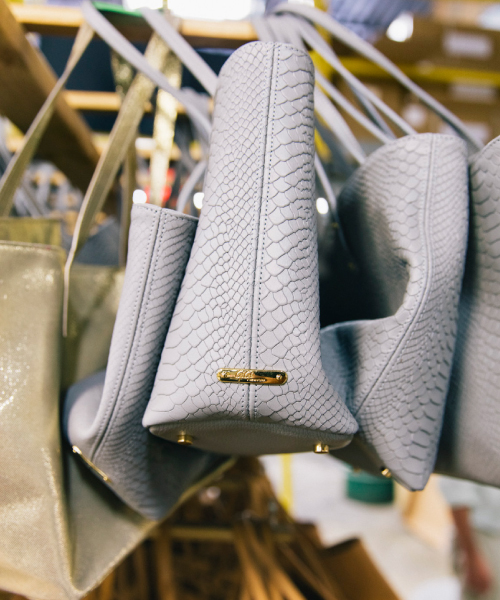 Customers at GiGi’s Southampton store are always asking how the company keeps prices so low. “We don’t throw anything away here,” Glazer said. “Whether we’re making key chains or coasters or business-card cases and wallets, we’re very efficient… I think that’s the reason we can deliver so much value per dollar spent.”

The siblings also keep costs down by running almost every aspect of their business in-house. From acquiring the leather to overseeing the design to distributing the products, everything is done in their 50,000-square-foot factory in Melville, which also includes a very popular outlet store that’s open five days a week in the fall. As GiGi New York continues to gain exposure, O’Connell and Glazer are focused on maintaining growth and exploring the possibility of launching a line of belts.