Pablo Picasso is probably the most famous artist in the world. Nearly everyone can bring a favorite painting of his to mind. His sculptures on the other hand, are something of a well-kept secret. Though he worked on them all his life, Picasso kept them to himself, almost never exhibiting or selling them, treating them, said MoMA’s Ann Temkin, like family members or pets. Temkin and co-organizer Anne Umland are about to let the master’s kitties out of the bag. This month, they’re clearing an entire floor of the museum to present close to 150 of Picasso’s sculptures in a way they’ve rarely been displayed—fully in the round to afford viewers every angle.

Temkin has been curating for the museum for the past 12 years with a brief stint as an assistant curator early in her career. After a worldwide search, she was selected as the chief curator of painting and sculpture in 2008, shattering an 86-year-old glass ceiling. Anne Umland, curator for painting and sculpture who’s been at MoMA since 1988, is the resident expert on Picasso, having written three books on his work. Each has curated major shows that have packed the museum on their own, but this is the first time the two have co-curated a special exhibition. It’s a huge opening move.

MoMA will be the only venue showing Picasso Sculpture, the first comprehensive exhibition in the US of this work since the museum’s 1967 show. At least 50 pieces will arrive from Musée Picasso in Paris, which seldom allows work to travel. The Musée Picasso in Antibes, the Museo Picasso in Málaga, the Tate London and the Philadelphia Museum of Art are all sending works as well. Many more are on loan from private collections, including those from the Picasso family. For anyone not regularly invited to the Picasso family’s home, this is a once and only chance to see these works. 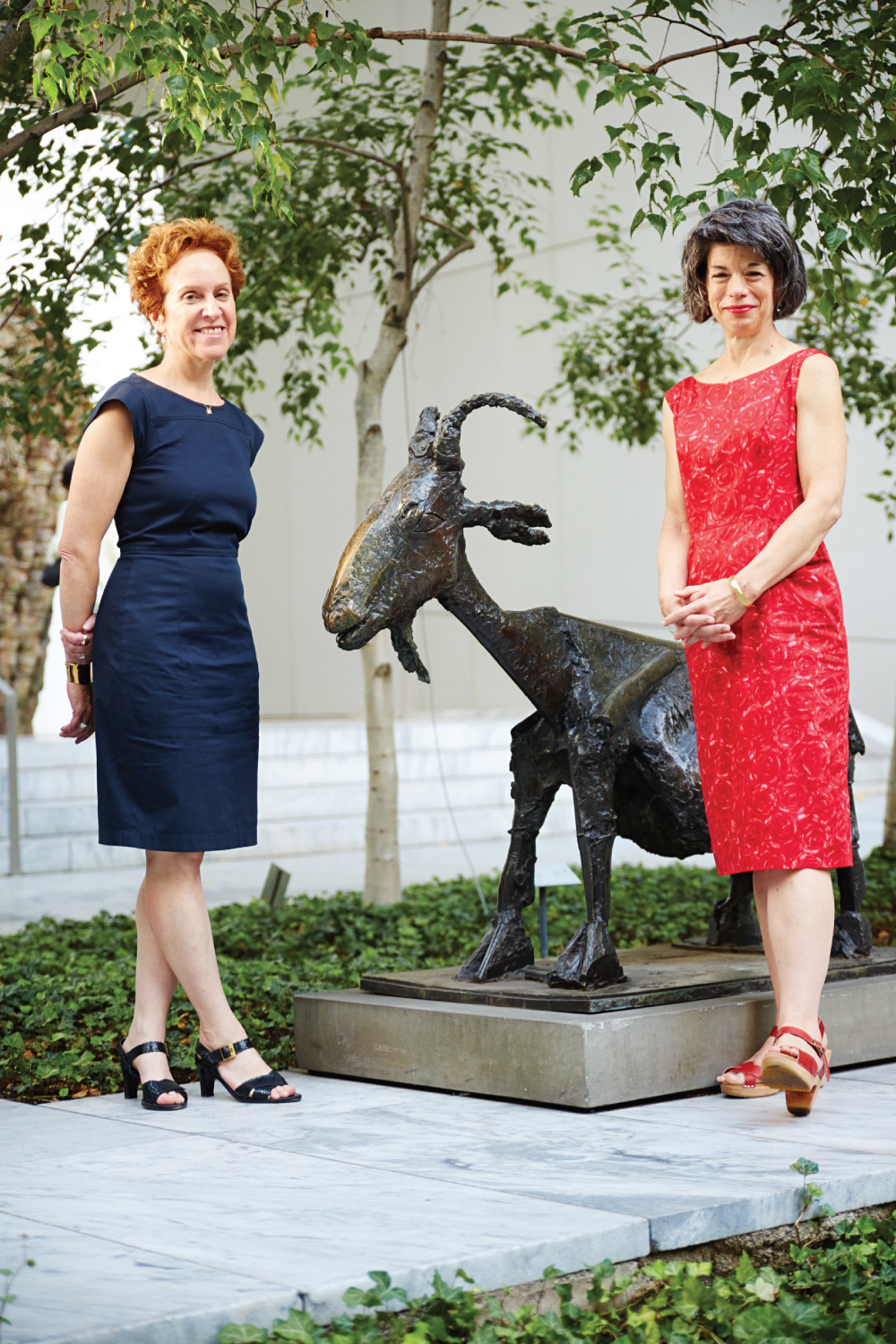 Two Ann(e)s are better than one at MoMA this month when they present a unique exhibit of rarely seen sculptures. image: yvonne albinoswki

Sculpture exhibitions present challenges, Temkin explained. “You have to occupy more space…It’s more expensive to transport. It’s trickier to protect from the public.” Still, she and Umland felt it was necessary and have spent more than three years making it happen. “Picasso’s sculpture hasn’t been looked at in over half a century,” said Ulmand “It’s unfamiliar to several generations…so there was an urgency.”

Though the museum owns some of Picasso’s greatest paintings, the pair decided not to include them. “Picasso’s sculpture is an underdog,” Temkin said. “We wanted to give the limelight to sculpture and let it monopolize the stage.” Both curators point to the famous 1942 work, “Bull’s Head,” as an example of the artist’s radical, revolutionary vision. “He takes a bicycle seat and handlebars that he found discarded and sees a bull’s head in them. It’s a visual metaphor for this kind of transformative magic from the ordinary to something that only Picasso could have imagined,” Temkin explained.

“He’s showing us how these objects can lead double lives,” Umland added. “He engages the spectator in a game… You can recognize what the things are, and you can watch them, right before your eyes, perform as something else.” An open mind is important in seeing these sculptures for the first time. Approach the work, Temkin said, “with the spirit of play because that’s very much the spirit of Picasso’s approach to sculpture. So, no, this isn’t something I’m supposed to find some profound meaning for, or that I need to understand. This is really an arena for enjoyment.”