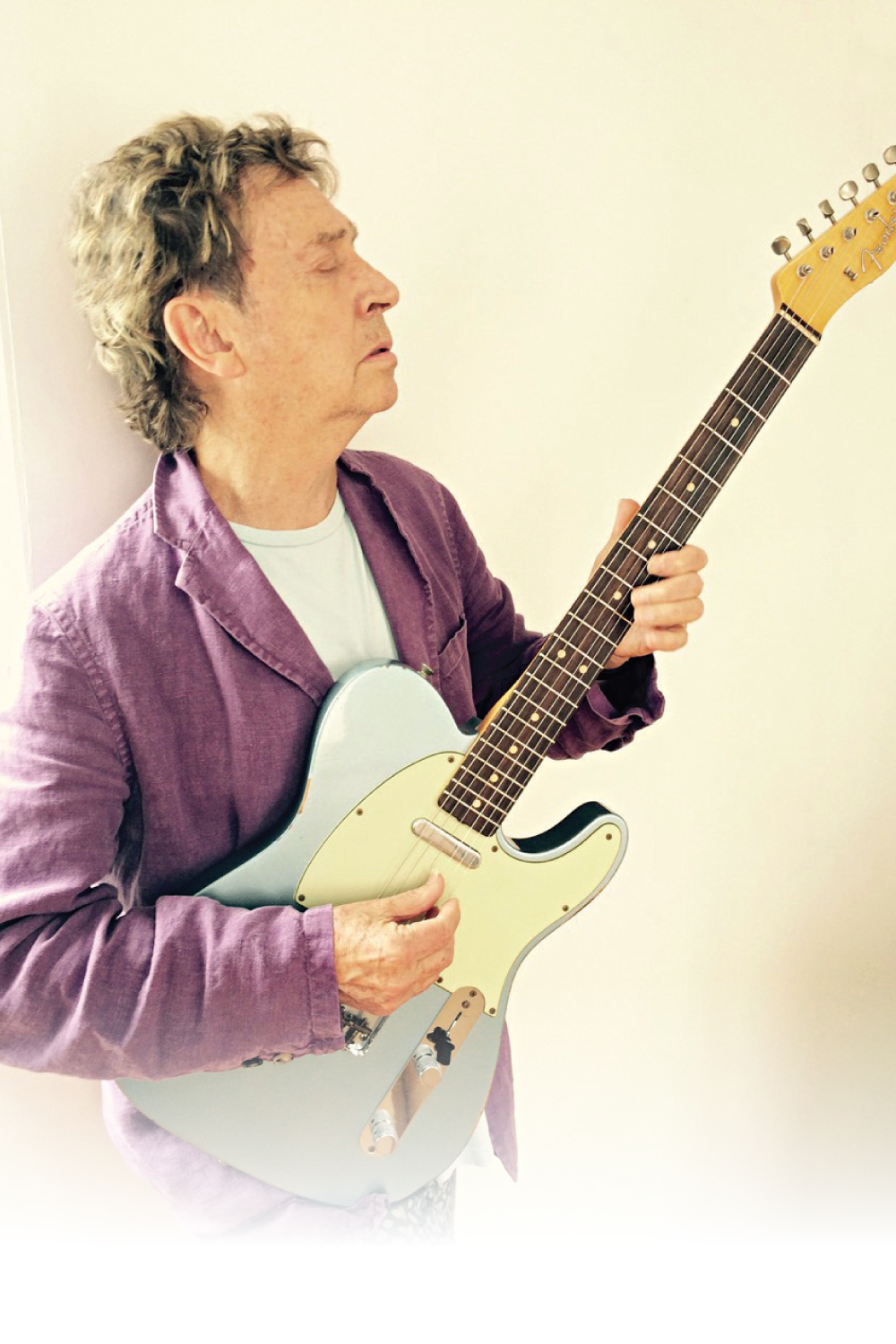 Over the years, countless renowned musicians have gone the “me-only” route in the recording studio (handling all the songwriting, production and instrumental duties solo). Prince, Stevie Wonder and Todd Rundgren immediately come to mind. Police guitarist Andy Summers can now be added to the list. His latest album, Metal Dog, is his experimental/instrumental solitary pursuit, but it didn’t stem from some anti-social bent or ego trip. Nor has Summers closed the door on the Police. We checked in with him about the release of the project as well as his recent documentary, Can’t Stand Losing You: Surviving the Police, and of course, the possibility of the band’s reunion.

Long Island Pulse: How did Metal Dog happen?
Andy Summers: The original idea was I was going to work with an artist in New York to create a visual and audio production for a contemporary dance ensemble. I started to create these new sonic pieces—very much with the idea of avant-garde, New York contemporary dance in mind—that would be accompanied by video. I usually start with some bizarre sound or texture and then put it down and loop it. Then I create something on top of it until I’ve built the picture. So I was composing in a different way—but doing that in my own studio with all my own devices and sound-bending machines. It’s very much akin to painting—going in with no one else and building these tracks. But what happened was that I created hours of music and the other guy didn’t really come up with stuff. It got a little frustrating. Earlier this year, I decided to finish ten of these tracks and make an album.

Pulse: How does Can’t Stand Losing You: Surviving The Police differ from previous Police documentaries?
AS: It’s not just the Police story; it’s my own story as a musician, which culminates with the Police…I don’t even want to say, “culminates,” because that sounds like my career is over. It’s not, I’m just getting started. Sting has said that he knew the band had to split at the Shea Stadium performance because it was such a peak.

Pulse: Were you surprised?
AS: In my book, the first line is, “It’s over.” Here’s the incredible, legendary Police at the height of fame… and we were starting a process of, “This is it. We’re breaking up.” Sting was making those noises before that. He thought it was a great move to break up when we were completely at the top, when we were bigger than we were ever going to be.

Pulse: Are you still on good terms with the other Police members?
AS: Yeah. I saw Stewart [Copeland] last week. There’s always stuff. The band, or “the brand,” continues forever. We always have to make some decision about something. The relationship doesn’t go away. Stewart lives close to me in LA; we’re more likely to see each other than Sting…I’m not sure where he is. But we’re all completely connected.

Pulse: Did the 2007/2008 reunion tour provide closure for you?
AS: No. Not really. I mean, it was great to do it, but it just leaves you wanting to do more. On the other hand, I’m not sitting around pining, waiting by the phone. I’ve got Metal Dog out, all kinds of stuff going on. It’s a waste of your emotions to sit around wondering stuff like that.

Pulse: Would you be open to another Police reunion?
AS: They’d have to beg me…it could be discussed.