Every industry has its tools. A conductor has a baton, a scientist has a beaker, a tailor has his scissors. These seemingly mundane items are the bloodline of getting a job done. In the diamond world, it’s the DTC box. For all the exclusivity and uniqueness of a diamond or gemstone, it comes down to the non-descript metal box issued by the Diamond Trader Corporation (owned by De Beers) that transports a stone in its early life.

Perry Sporn handles his company’s box himself, whether buying the exquisite sawn diamonds for his Devotion brand or the gemstones that will retail as fashion pieces under the Perrywinkle banner. Purchasing every stone is what he enjoys most, whether that takes him to Africa, Israel or elsewhere in the world. It’s the grit behind the company and it’s rooted in his earliest days in the business. “I’d get on these cheap flights overseas, stay in these dives and go to the factories. Sometimes I went and couldn’t get in the door. In those early years…I may have only had $10,000 that I saved to buy diamonds, so I could only buy that much—I’d have to go off every two to three weeks, sell it, go back, sell it, go back…” 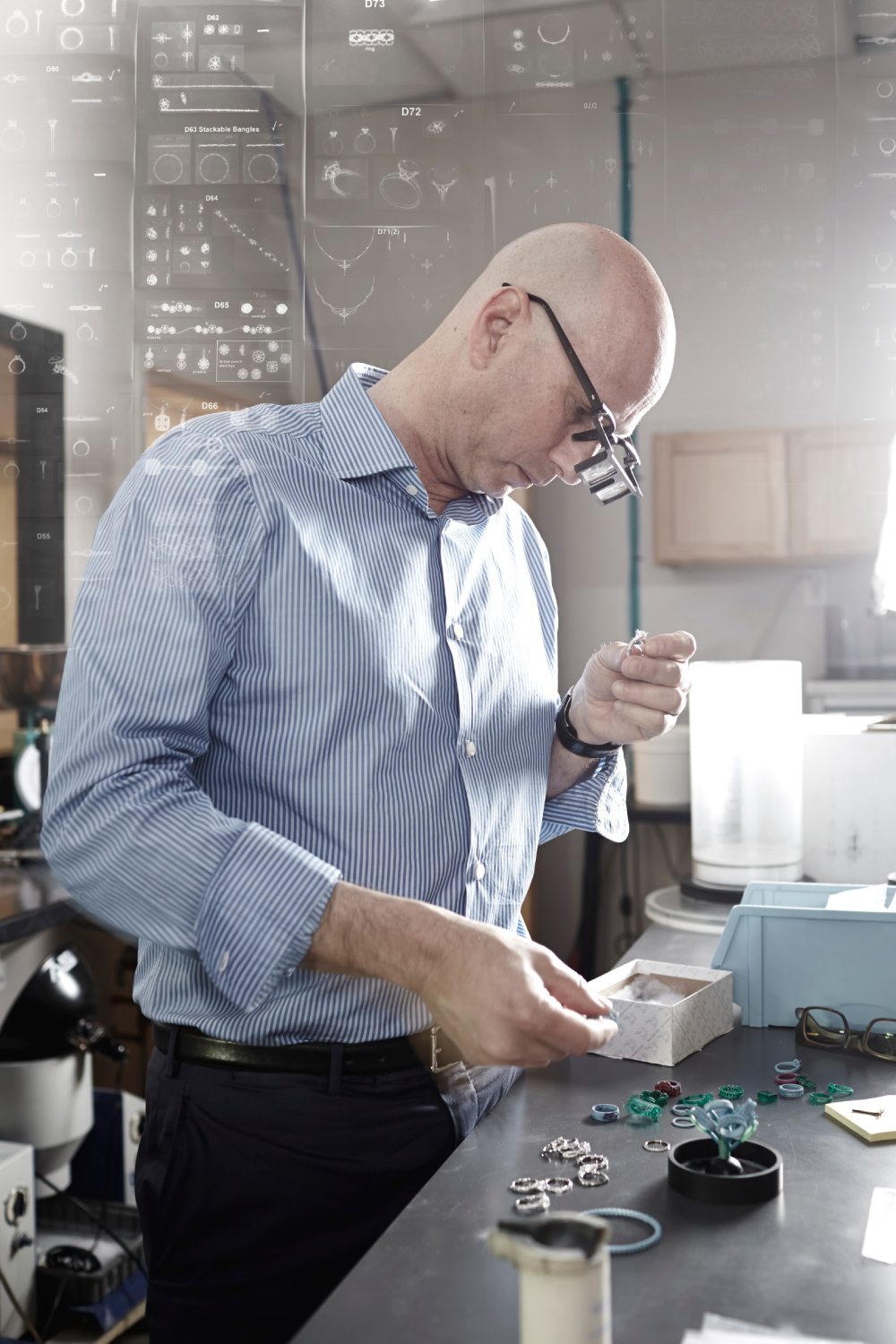 The flagship of Perry Sporn’s 18 Devotion stores is at the mouth of Roosevelt Field Mall’s developing luxury wing, but the brand is also starting to become available at other stores throughout the New York area. image: yvonne albinowski

While in college, the Long Island native worked for a jeweler until eventually he left SUNY Albany to open his first store in Kingston. A factory in Albany followed and another in New York City. He became curious about the science behind the sparkle and started experimenting with cutting the stones. He was lucky enough to find people who were willing to teach him the nuances and he was on his way. Before long he was taking those regular trips to procure the boxes that built his business. 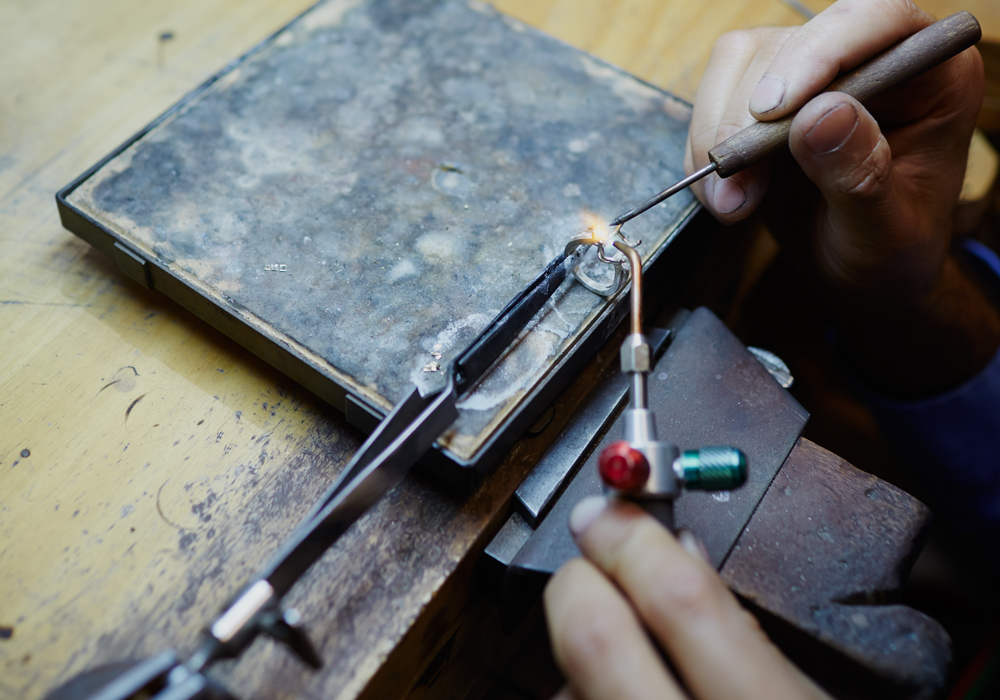 Sporn’s boxes come from a mine in Botswana, the same one De Beers uses. With that comes the security of knowing they’re not blood diamonds and that each one has a premium makeup. Sporn takes pride in the claim that only one-tenth of one percent of the diamonds in the world have characteristics on par with his.

Buying a box is a steely endeavor. Boxes of rough stones are bought through broker sites in places like Antwerp, Israel, India and Botswana. When admitted to the site, it’s a take it or leave it deal—no negotiating, no mixing and matching stones from among different boxes. Site boxes range from about $500,000 to $3 million, there’s no fi nancing and if the buyer refuses a box, there’s a good chance he won’t be invited back.

The boxes are driven by weight, varying the number of stones within. And sometimes the boxes are more expensive than market. In those cases it’s more than just practical to partner on the box, it’s a matter of survival. “My factory is set up to cut all the high volume of all the stones that go in the Devotion setting. At the large factory, our old guys are in their 70s and 80s and they know how to cut our patent for the carat or larger…Partnering is good because the larger site holders have customers for everything. And I’ll know the specifi c stones I’ll use for my brand.” 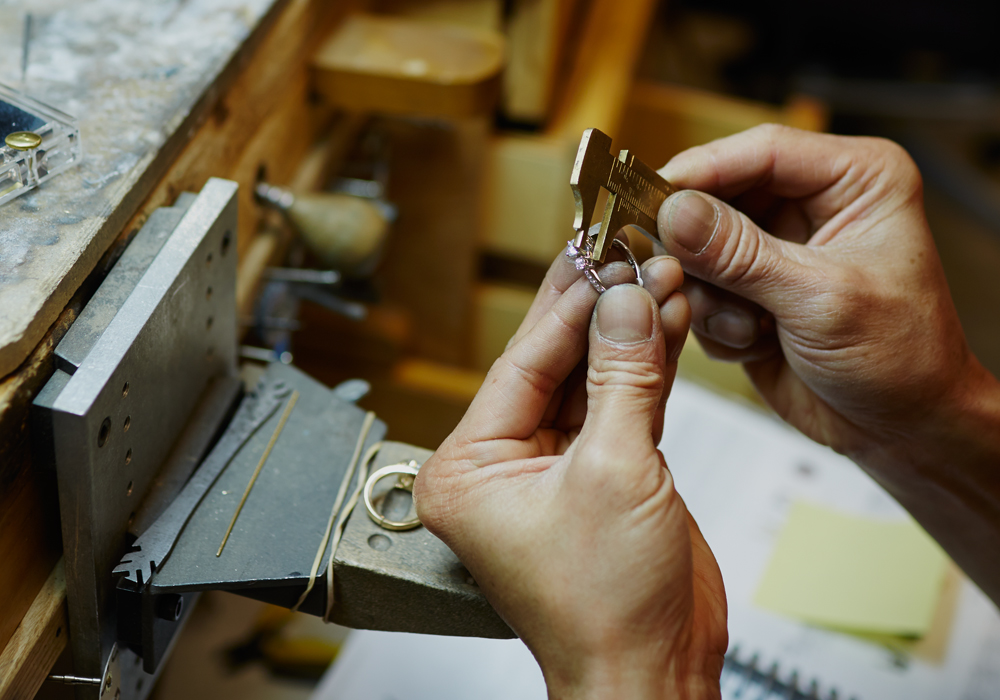 Devotion stones are sawn crystals, an octahedron in which the carbon formation develops symmetrically, allowing light to pass through more evenly to create more fi re within. Devotion’s cutting pattern leverages these natural characteristics to create optimal light performance and thus more brilliant stones. To ensure he gets the raw materials best suited to his end goals, Sporn’s stones are always crystals, never fi nished and all the cutting and manufacturing points happen under his watch. “Our patent has a pattern and a number of facets different than any other. We do that in four-tenths of a millimeter. No jewelry company in the world does it. It doesn’t exist. It took 15 years just training and building the equipment that could do it…It may not start off as a Devotion diamond, we cut it to a Devotion diamond…Every single stone is lasered with a number and every stone has an internal photo you can see on the certificate.”

The rings continue the process. The company’s lead designer is also a master jeweler and a trained draftsman who has been on the bench for Sporn for 25 years. The designs she sets forth are based in “the traditional, but the geometry stretches the limits… you’re going to see movement.” Motifs are curvilinear, but structural. Running water is a source of inspiration, so too are many shapes found in nature; vica vines, rose petals and butterflies (which is the Devotion logo) are among them. 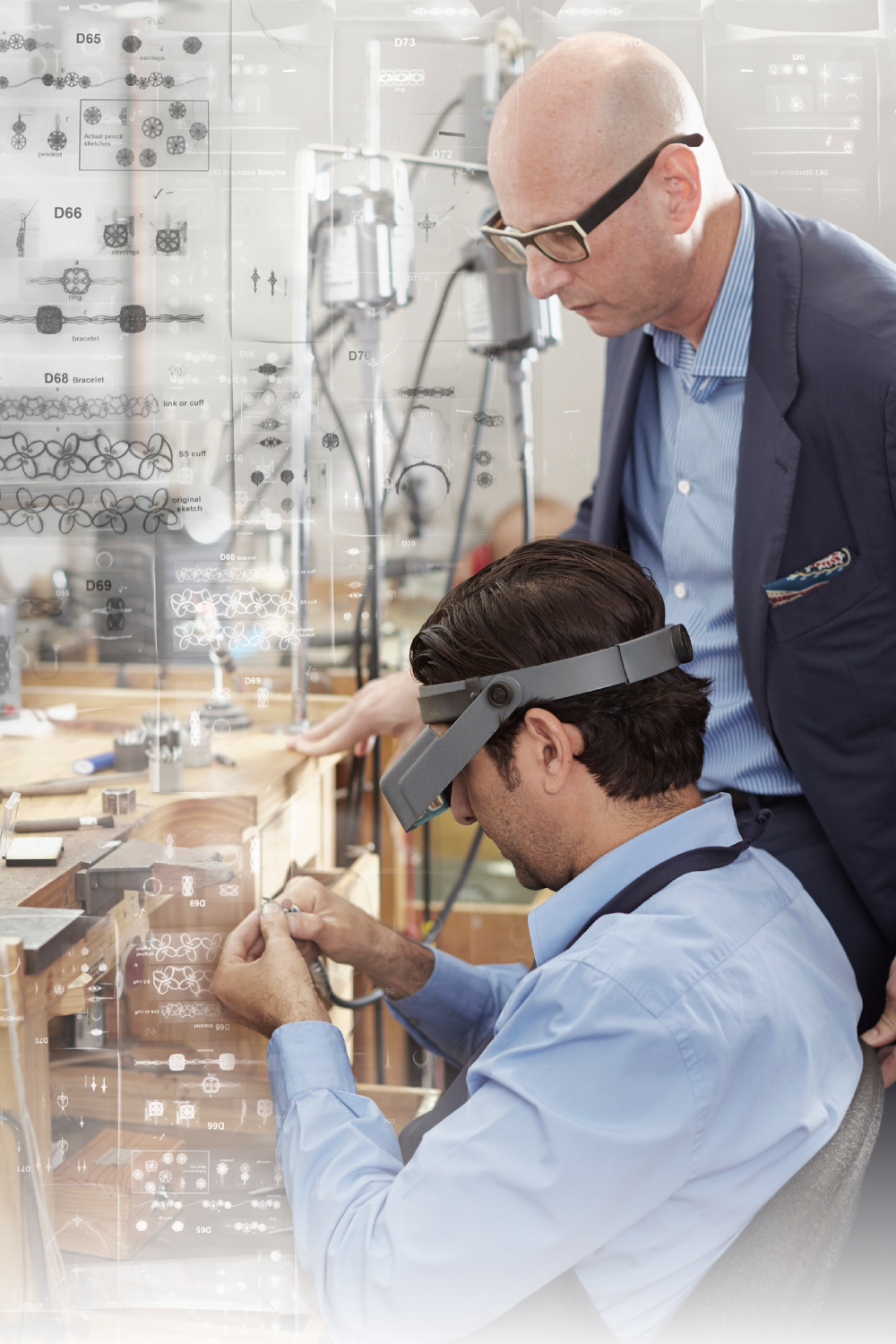 “The sieving—the finite size differ- ence stone to stone—is incredibly pre- cise because of the type of crystal we cut the diamonds from. Even down to four-tenths of a millimeter, the round is a 70-facet stone patent. You could touch that stone too hard on the wheel and it will turn to dust.” image: yvonne albinowski

The integrity of the band and setting are as important as the styles. Bands are designed for one carat, but a center stone can be up to five carats and the ring is scaled accordingly (rather than the setting simply being enlarged). Artistic drawings are put into CAD engineering software to create a technical rendering to establish the viability of the piece. It goes to manufacturing from there—first a 3D print out, then a wax model—and quality control occurs between every step of the two-week process.

If a potential weakness is detected, the design will change to achieve structural integrity or be abandoned entirely. The fi nal selection of metals and colors comes from group input, Sporn thrives on internal collaboration and also brings in test market groups to get feedback.

Despite all the changes to his industry, consumer trends and his own company, Sporn holds true to the things that motivated him early on. “I realized it wasn’t just making widgets. The jewelry has such meaning to women, it’s an emotional connection to their man… My passion is for making something that looks more interesting, better…I want a little girl to grow up knowing that she wants that ring to come from us.”