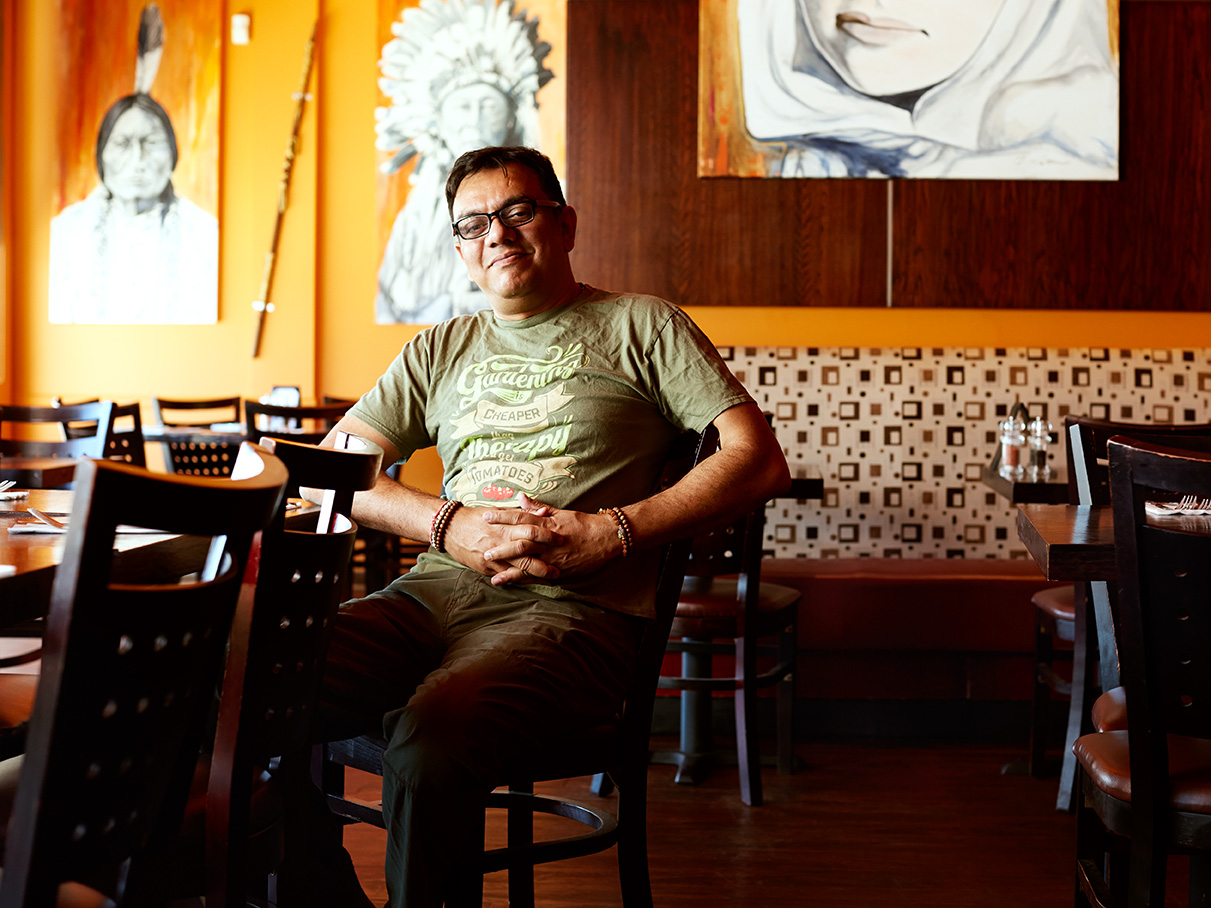 To an outsider, the restaurant kitchen during dinner rush is a whirlwind. On a busy Saturday night, pots clang on the stove, cooks shout out orders and entrées are plated at a frenetic pace. But for chef Jay Jadeja the chaos of the kitchen is where he finds his Zen. “It’s almost meditational. I forget all my problems, all my stress, all my issues in life. I’m just focused on getting the dishes right.”

This soulful mindset plays a major role in both Jadeja’s West East Bistro in Hicksville and in his family life. The all-natural, “90-percent organic” menu is a collaboration between Jadeja and his wife Raquel, who serves as resident health coach. “We try to create a holistic dining experience. To obtain the best ingredients for not only the consumer, but for the planet.”

For Jadeja, that deep respect for the earth grew out of travelling. At 18, he left his home in Rajkot, India, at the request of his father who felt he should go out and see the world. Now a father himself, Jadeja passes on paternal wisdom to his young waitstaff and bartenders, encouraging them to do the same. “I highly recommend travel as an education. It’s better than going to college. It matures you… It teaches you humility and not to take yourself too seriously. It teaches you perspective.” 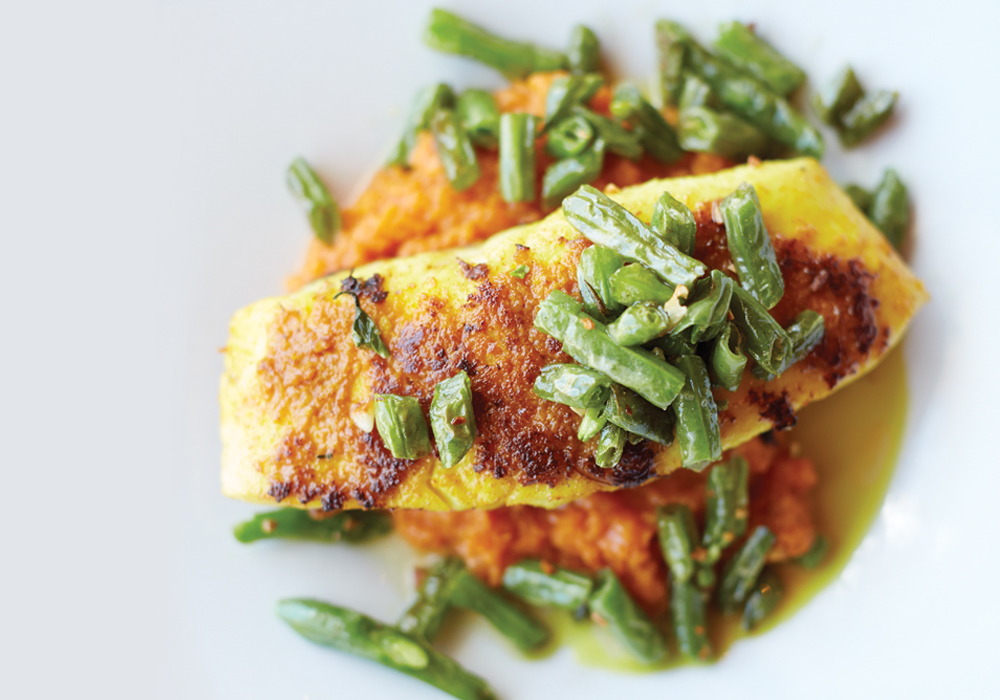 Jadeja’s travels took him to England, where he played cricket while working in restaurants to pay the bills. After three summers, he concluded that the hospitality industry might be a better career choice. “I decided to go to school in Switzerland after I learned that I couldn’t make any money playing cricket.” Afterward, Jadeja worked several winters in the kitchen at a ski resort in Arosa, interspersed with summers spent cooking, bartending or managing restaurants in Italy, Spain, Australia and on Royal Caribbean cruise ships. 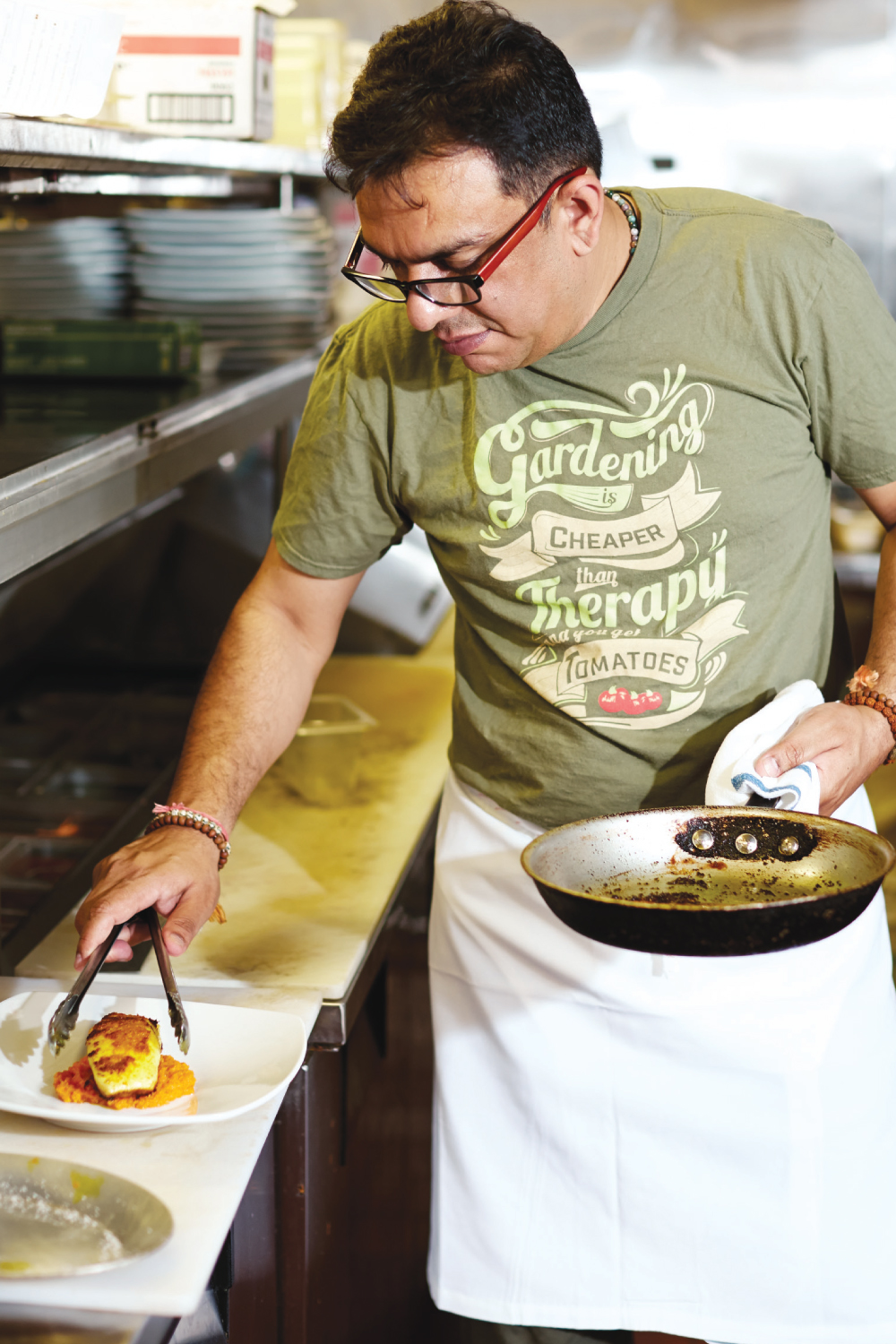 These diverse influences culminated in the relaunch of West East Bistro in 2012, when Jadeja and his wife took over the restaurant. The menu is eclectic and ever changing, sprinkled with Asian inspiration and what the chef calls American food “Indianized” and “quasi-fusion” dishes. The Bombay gumbo is spiced with garam masala. The grass-fed beef burger is seasoned with ginger and topped with duck bacon. And the crab cakes are served with a curry aioli. “I’m a big believer in spices…from a flavor point of view as well as for holistic health.”

The restaurant serves only hormone- and antibiotic free beef and pork, free-range poultry and sustainable seafood. All the vegetables are organic and locally sourced whenever possible, as are many of the wines. West East Bistro even hosts a “real food” cleanse every few months for participants to follow a two-week elimination diet. Jadeja said the eventual goal is for the restaurant to become 100-percent certified organic. “It’s a labor of love. We put in our life savings and our blood, sweat and tears. You can find my two-year-old running around there and my six-year-old busing tables and cleaning. It’s our life.”