Unlike their previous tours that began in their homeland, the Counting Crows did not get around to launching a full set of US dates in support of their seventh studio album, Somewhere Under Wonderland, until this past July (nearly a year after the album dropped). “We still haven’t really toured America on this record since it’s been released [September 2014], which is kind of the crazy part,” Adam Duritz said. “We’ve been to Europe twice and all around the world,” making their first stop home (home home, in NY) all the more fan-worthy. Duritz said Long Island and New York crowds are, “Full of people I know, generally. It’s special because it’s home.” We took a moment to reflect on the Crows’ music, which seems to remain relevant through its 20 years in the making.

Long Island Pulse: How did the Counting Crows find their sound?
Adam Duritz: I was really trying to wrench the band out of being one kind of band and being another kind of band [circa August and Everything After]. It was diffcult. And I wasn’t very good at being a bandleader yet, because I hadn’t been doing this very long. I had never made a record before. I didn’t really know how to exercise authority without being a bastard. And it was just a really hard thing I was doing anyway because we kind of sounded like late model Roxy Music for the first album, and I liked it. But it seemed to me that it had a really short shelf life, and I didn’t feel like it was ideal for what I wanted to express. And T Bone [Burnett, the album’s producer] understood a lot of that. That’s part of why I chose him. But it was a pretty tough task, yanking everybody out of their comfort zone before they made their first record.

Pulse: What did you learn from that period that you do differently now?
AD: It was the same thing that anyone who has to exercise authority has to do—you have to figure out how to do that, without being an asshole and without brutalizing people. How to get the things you want and make people do them—you have to learn to inspire, instead of just scare. When the Counting Crows first came up, in the early to mid-90s, most rock bands were trying to form their own sound whereas today, many seem to be just sounding like one another. 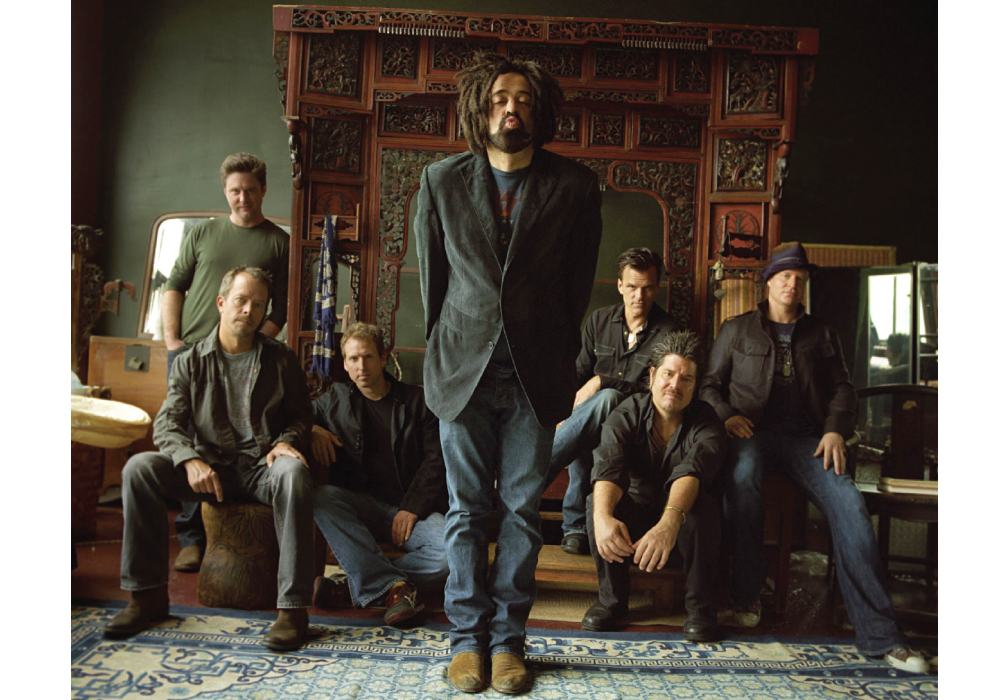 The Counting Crows will be playing the Paramount in Huntington on Sept 4 and Borgota Festival Park in Atlantic City on Sept 5. image: danny clinch

Pulse: Would you agree?
AD: There’s always a few bands that are doing their own thing, and a lot of bands—and a lot of people—are dressing just like them and playing just like them. That’s just as true now as it was then. That’s just as true now as it was then. There were like 50 billion people running around in Doc Martens and flannel shirts in the mid-90s, and that is not a description of populists that are all doing their own thing and establishing their own sound. I’ll give you that Nirvana is one of the most original, groundbreaking bands that I have ever heard in my life, but that didn’t make everyone who followed after them wearing the same clothes all that original.

Pulse: Who are some of your lyrical influences?
AD: A lot of my lessons as a writer came from reading prose writers or poets. Carolyn Forché, who’s a poet, is “the mother” of my writing. I wrote my fi rst songs when I was a freshman at college. At the same time, I read a book of her poetry: The Country Between Us. When I looked back on it years later, I found that I had taken a lot of lessons from that.

Pulse: I noticed that you were an “executive producer” on several movies—
AD: It was mostly just trying to help out friends. I like film a lot, but I prefer not to work in it because it’s a really dirty business. There’s so much money involved and that brings so much more corporate involvement and people who have little reason for having a job, but have one, and they have to find a way to justify that, and they all try to put their two cents in. The nice thing about being in a band is you just go make a record and there’s nobody with any input—except for you and a producer. In our case, we never even saw the record company in the last 20 years. Hell, we didn’t see them during the making of August, really.

The Counting Crows will be playing the Paramount in Huntington on Sept 4 and Borgota Festival Park in Atlantic City on Sept 5.