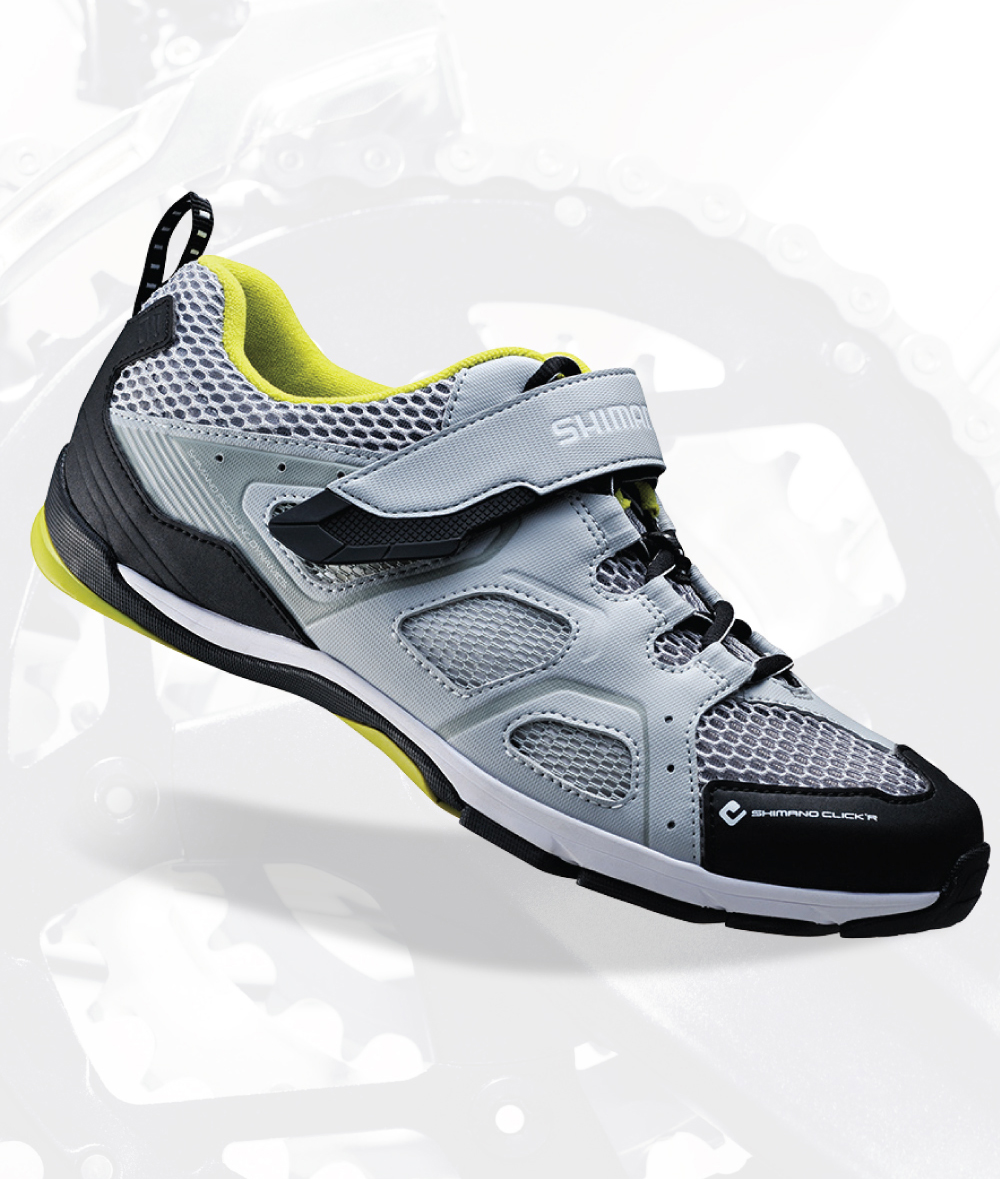 It’s the bane of the fledgling cyclist: the first time using clipless pedals. It’s not uncommon to fall over on the initial tries, knees jerking despite feet staying locked firmly in place. To ease the trepidation, Shimano released its Click’r line of pedals this year. The 60% easier in-and-out function over the standard SPD pedals is a comforting upgrade for the target audience of burgeoning casual riders and commuters. And the companion sneakers are just as at home walking city streets as they are biking them. Instead of slick carbon-clad race boots with stiff foot beds and metal shanks, the Click’rs resemble casual running shoes with a uniquely engineered, flexible ladder-styled shank, EVA midsole and rubber base. Shoes start at $85, pedals at $65; rei.com