The sun does its best to drench the grass, but the high trees keep it under wraps in the outfield. Nine players dot the field wearing vintage uniforms with team crests buttoned to their chests, a white collared shirt, blue farm pants and no gloves. NO gloves. There’s no stadium seating or carefully manicured diamond either. Rather, a large field marked by spray-painted lines, three bases and a circular-shaped home plate in between clumps of trees suffice to render the field. The first game of a twin bill is ready to commence and although it may be 2015, the crowd has been transported back in time to 1864.

“We do it for the love of the game,” said Ed “Pigtail” Elmore, the captain of the Atlantic Baseball Club of Brooklyn, a team that once played at the Capitoline Grounds in the Borough of Churches back in the 19th century. The current incarnation has plied their trade at the Smithtown Historical Society since 2000.

They are part of a league of teams spread out as far as Milwaukee that plays the original version of our national pastime in the MidAtlantic Vintage Base Ball League. From April through October, the ABBC (or Atlantic Base Ball Club) plays more than 50 games a season with the majority of them double headers. But even a quick glance shows that this game is quite different from the one MLB fans know and love. 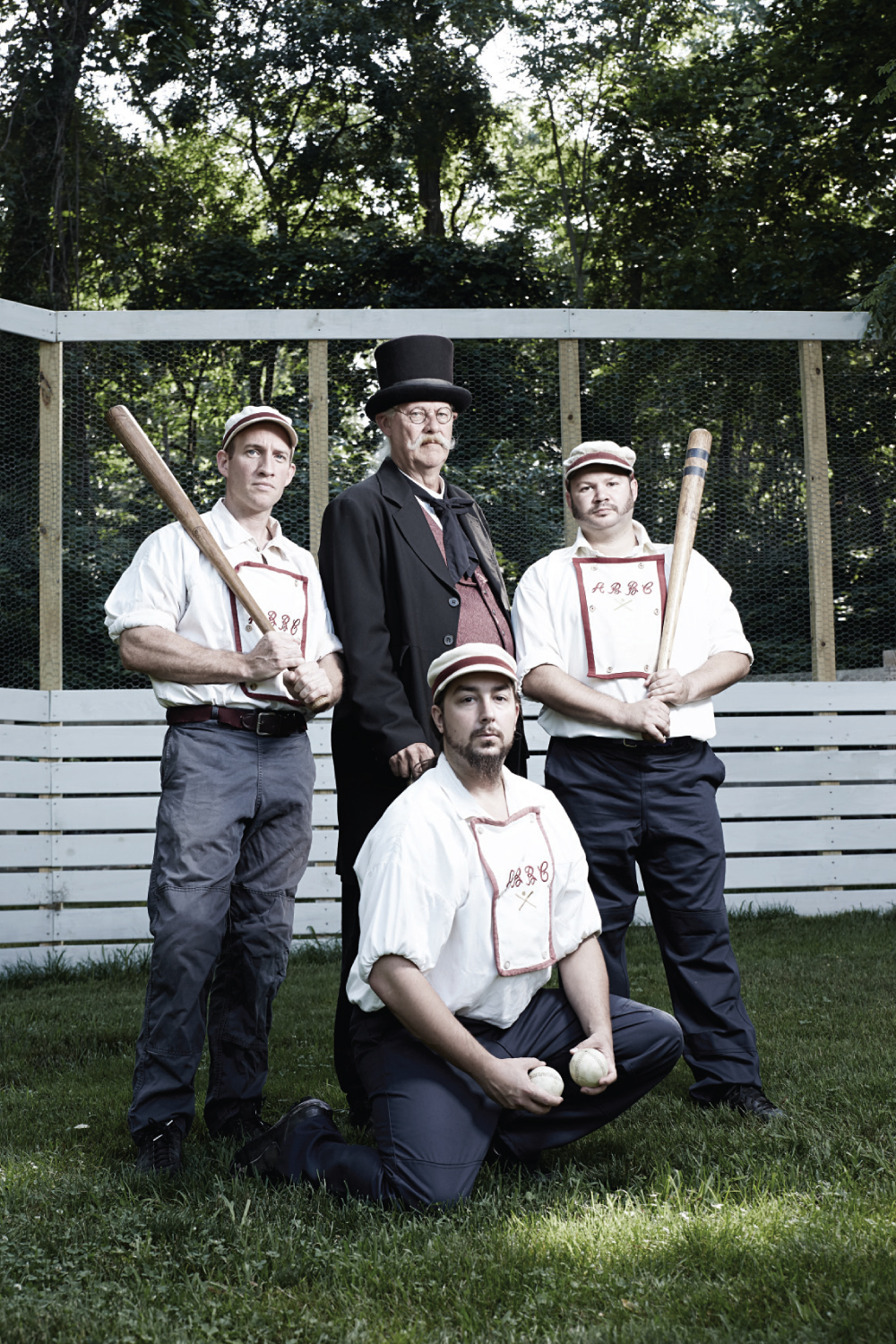 THEN AND NOW
The first disparity is that none of the players on the field wear gloves. There’s a simple reason. “They hadn’t been invented yet,” quipped Elmore with a sheepish grin. Playing with rules from a century and a half ago means catching a screaming line drive to the hot corner can easily break a finger when bare-handed, even with a slightly softer ball.

When it comes to the ball, George “Wildhorse” Ferchland provides many of the handmade ones himself. “When I started making them in the mid-1990s, it took me about four-and-a-half hours for each one,” he explained. But the process is so meticulous that even now he has only been able to shave one hour off that time. During the first game of the last double-header, the ball became slightly damaged. While another was thrown into play, Ferchland repaired the leather orb on site, sewing it back up with his tool kit. The next inning, it was back in use. 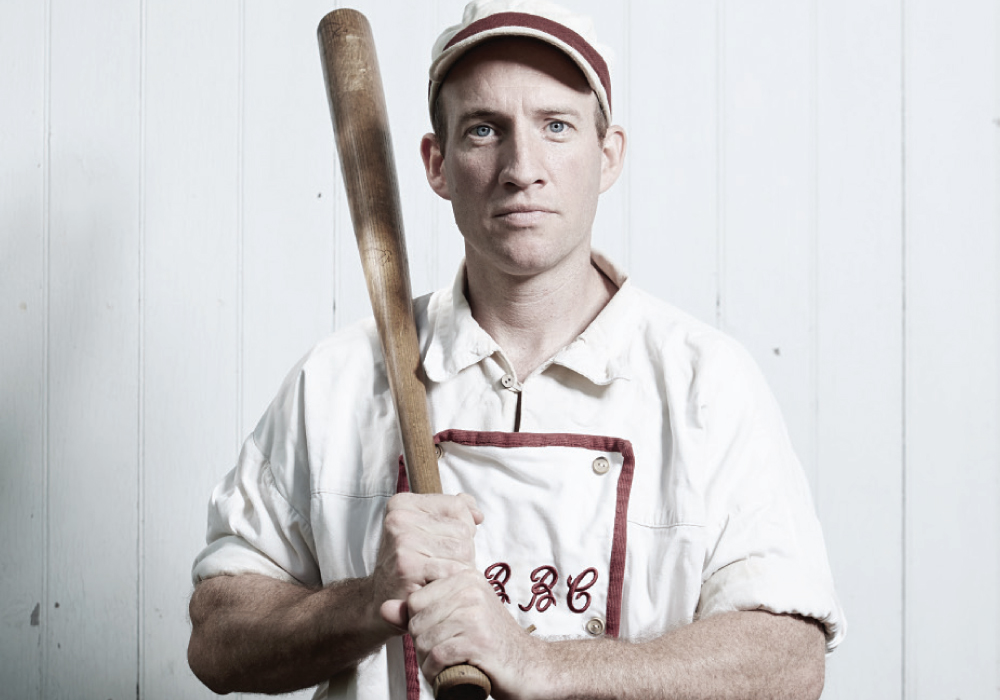 A TEAM REBORN
Nearly 25 years ago, Elmore first tried his hand at vintage base ball (written as two words prior to 1890). It was with Freeport Athletics at the Old Bethpage Village Restoration in a league with 10 teams. But an offseason conversation with two teammates spurned the formation of their own team that could “barnstorm” and play clubs from other areas. Thus, the Atlantics were (re)born in 1997 and were off to a rather fast start.

“Our first trip was to Ohio to play in the Sylvania Cup, which was a tournament that we won,” recalled Elmore. He added that not only do they not get paid to play, they have to shell out annual dues to do so—another major difference from today’s multi-millionaires. “But we have had a sponsor [the Pleasant Inn in St. James] for the past several years to help cover the costs of travel, gas, tolls and part of the hotel bill.”

Of the 22 men on the current roster, half of them play every weekend and the others are part-timers who participate when their schedule allows. Frank “Shakespeare” Van Zant played baseball in high school, college and various men’s leagues but said without hesitation that “this is by far the most fun I have ever had on the ball field.” He feels that way for many reasons, but the one that stands out is “a real sense of camaraderie and fellowship in this type of base ball,” he said.

1864 rules make for a difficult game even for an adult. When Anthony “Dirty Pirate” Cannino, 28, tried it at 14, he thought he would feel out of place. But he quickly saw otherwise. “Everybody had the same love for the game, age didn’t matter. And after trying it, I didn’t want to go back to playing with a glove.” That love of the game, and respect for its history, is what keeps spectators coming back to Atlantic Park to travel back in time season after season.

The Atlantic Base Ball Club’s next game at Atlantic Park is a scrimmage on Saturday, Oct 24, spectators (and “rooters”) are welcome.