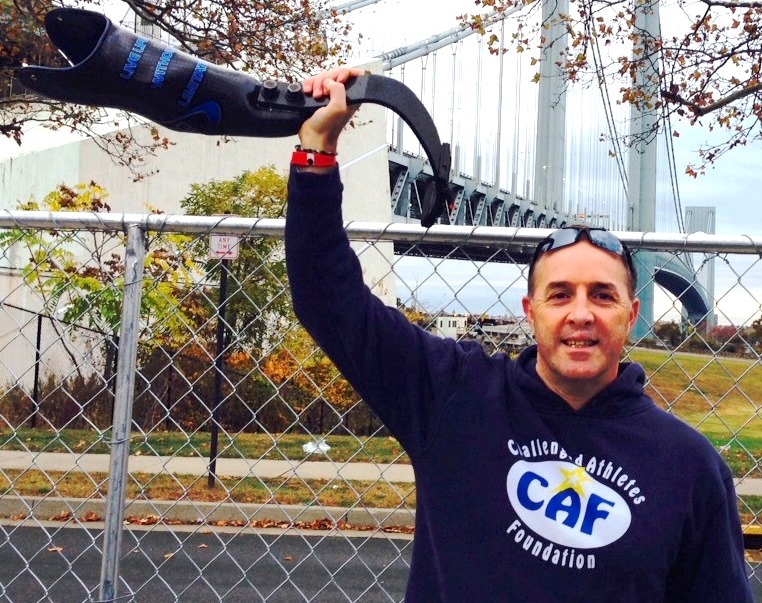 LaForgia has since run two New York City Marathons and is planning to run it again this year. To get ready for it, he’s running in the inaugural Suffolk County Half Marathon.

“As an amputee or someone who has recovered from bacterial meningitis, anytime you can do something you did before your illness it gives you great satisfaction because it gives you back some form of normalcy,” LaForgia said. “It’s an incredible goal to get back something you were able to do before and maybe even do it better.”

That opportunity to reach more finish lines took LaForgia by surprise in December 2006 when Erik Shaffer, founder of A Step Ahead Prosthetics in Hicksville who knew LaForgia liked to run, presented him with a pair of running prosthetics. Within 20 minutes, LaForgia was jogging around the parking lot.

“I couldn’t believe it, it was crazy,” LaForgia said. “It wasn’t something I was expecting to be able to do. I was crying and hugging him.”

But that didn’t wind up being quite the fairytale ending Disney might dream up. LaForgia still had a long road ahead.

“I couldn’t make it around a high school track and I had done a New York City Marathon a month before I had gotten sick,” LaForgia said. “I had to start over, going once around the track, twice around the track.” 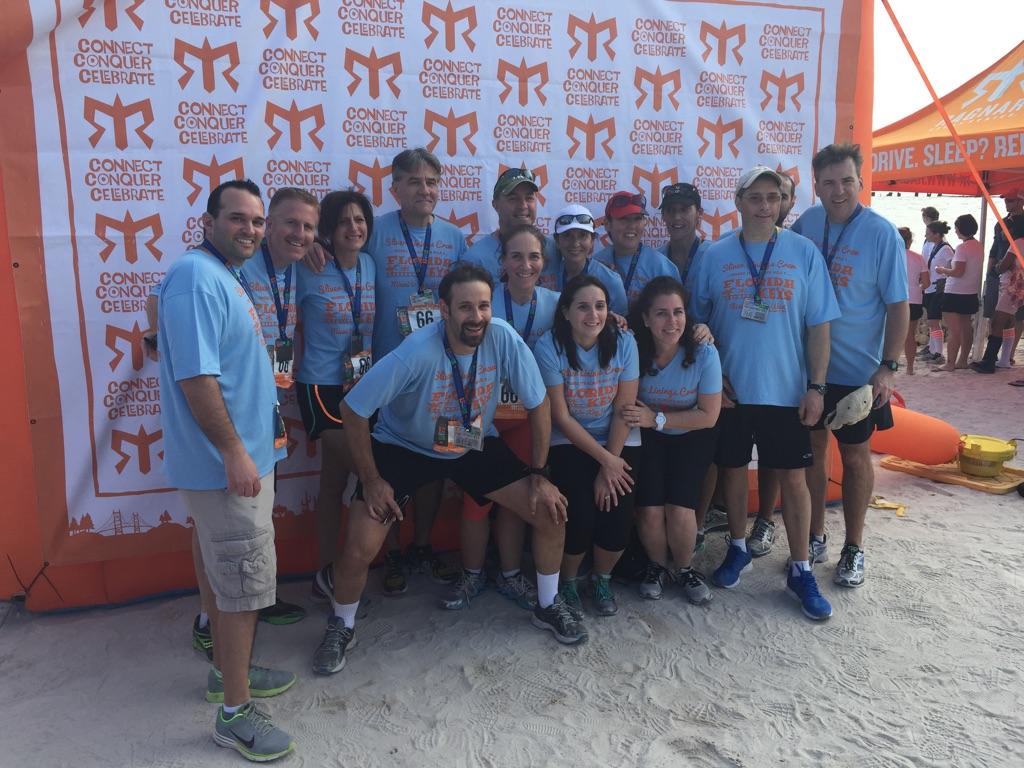 A group of friends known as the Silver Linings Running Club has helped LaForgia stick with running.

Two driving forces have helped LaForgia stick with running, challenges be damned. The first was Phillip Krueter, a physical therapist at A Step Ahead who took him to the 2008 New York City Triathlon and inspired him to sign up the next year. The second is a group of friends called the Silver Linings Running Club. They meet every weekend on the Bethpage Running Trail, and LaForgia never wants to miss out.

“It’s so hard when you wake up on the weekend knowing you have to run 12 miles,” he said. “When you’re by yourself, you’re likely to walk or slow down or skip a day. When you know your friends are going to be there, you do it. When we start running, the conversations start. Before you know it, you’ve run for two hours straight having all these different conversations.”

And LaForgia inspires others, speaking to other amputees and encouraging them to get back on the course.

“I think the message is you can achieve anything you had before,” he said. “You’re certainly not less than you were before. You may have to do things a little differently.”

But different doesn’t have to be a bad thing.

“In a way I enjoy the race a little bit more now because I have support that I didn’t used to have,” he said. “I’m also able to inspire others which is just amazing. A number of people tell me they run because they saw me complete a race. That’s an incredible feeling.”