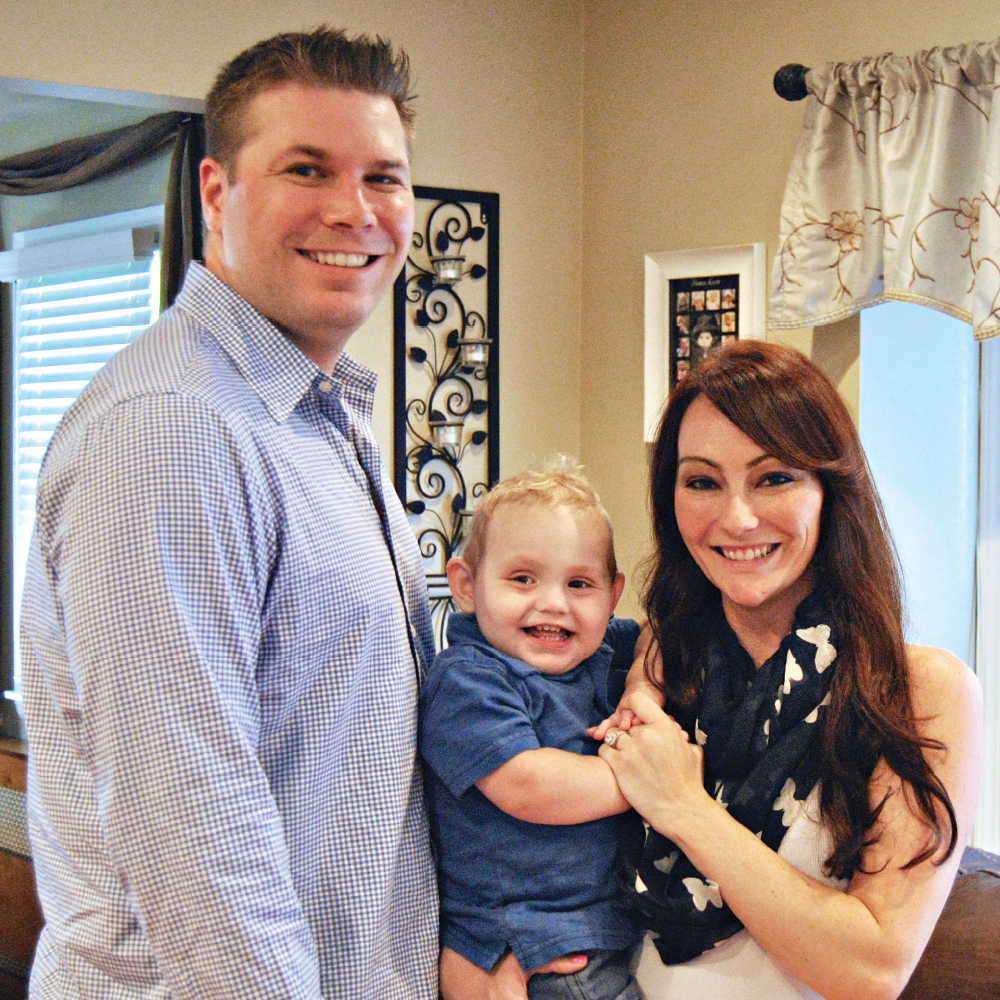 Thomas Kevin Onorato was born September 10, 2003 a seemingly healthy baby boy. Four days later he was in serious distress and rushed to the NICU to be seen by specialists at North Shore Hospital. “He started to look emaciated,” said Thomas’ mother Melissa. “He looked like he was basically dying, his kidneys started to fail.”

After a battery of tests the doctors could not come up with a correct diagnosis. Thomas was transferred to Morgan Stanley Children’s Hospital and when he left there four months later he was still undiagnosed. Two months after his discharge, an earlier genetic test revealed microvillus inclusion disease, which causes total intestinal failure. It’s extremely rare, with no cure and very little research exists on the condition. Thomas now has a permanent IV in his chest and can only be fed with TPN (total parenteral nutrition).

“Because it’s so rare, we don’t know the life expectancy. We could not take that as ‘That’s it, that’s the only answer.’ We researched and decided we’d have to take this into our own hands if we wanted to make a change and help our son.” In 2014 the couple started the TKO Strong Foundation to bring awareness and funding to the rare disease.

The foundation has since networked with families around the world facing the disease, some on Long Island and throughout the greater Metro area. It will hold its first fundraiser on Sept 12 in Plattduetsche Park Biergarten in Franklin Square. They hope to raise funds for gene editing research for either a private US company or a doctor in the Netherlands who has begun researching the topic. Find out more at tkostrongfoundation.org.