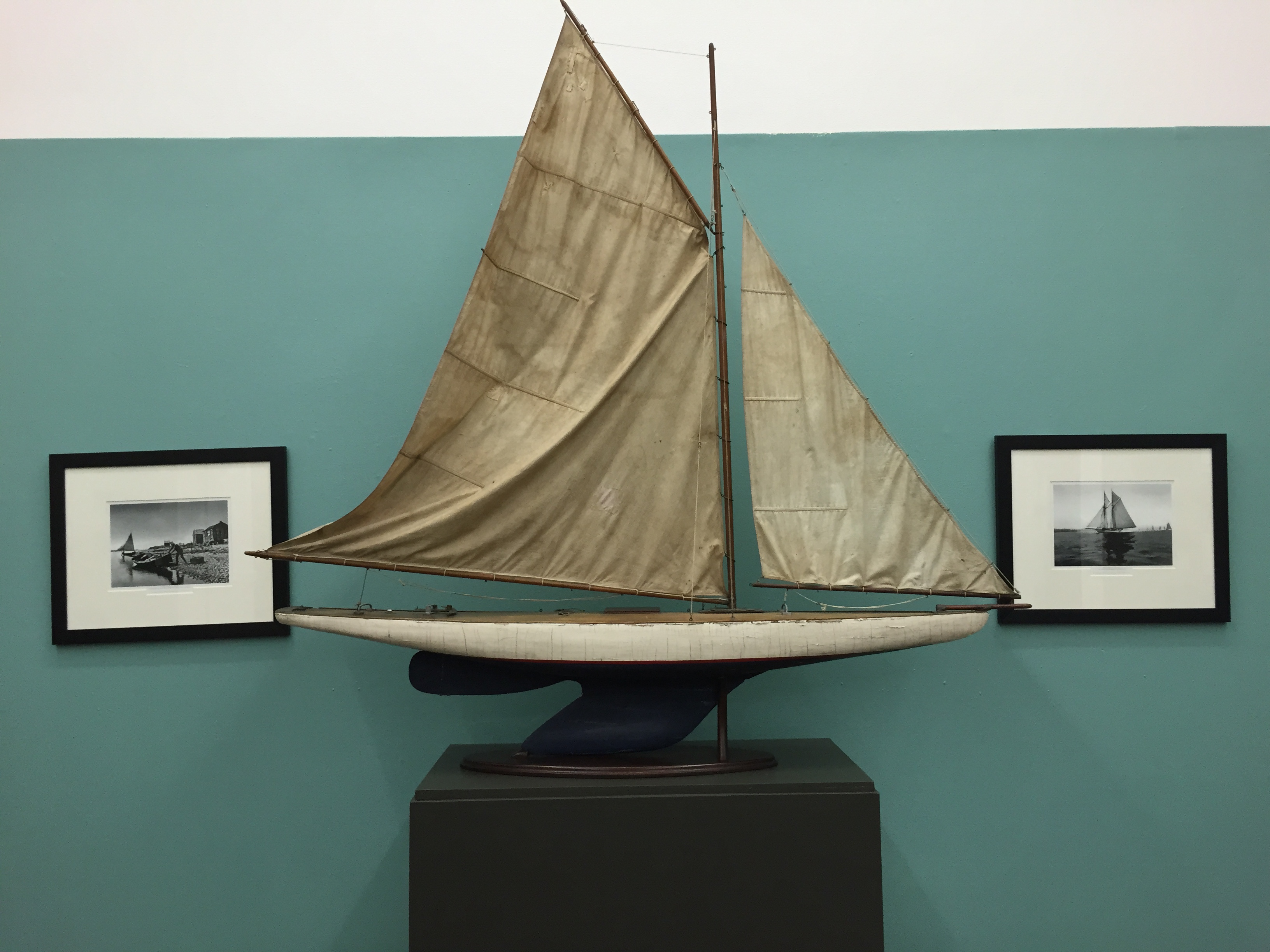 Before summer ends, take a jaunt through the history of boatbuilding on Long Island and learn how modern builders are trying to maintain the traditions at Suffolk County Historical Society Museum.

Done in conjunction with Long Island Traditions, From Shore to Shore: Boatbuilders and Boatyards of Long Island highlights the work of legendary boatbuilders like Patchogue’s Gil Smith and Don Costanzo of Wooden Boatworks, who run apprenticeships in an effort to mold the next generation of master craftsmen.

“A major goal of the exhibit is to show these skills are very much alive and being passed down,” said Nancy Solomon of Long Island Traditions, who has been documenting Long Island maritime culture since the 1980s. “It’s really bringing them into a larger awareness. That’s our goal, to inspire people to continue tradition as well as supporting the master tradition bearers.” 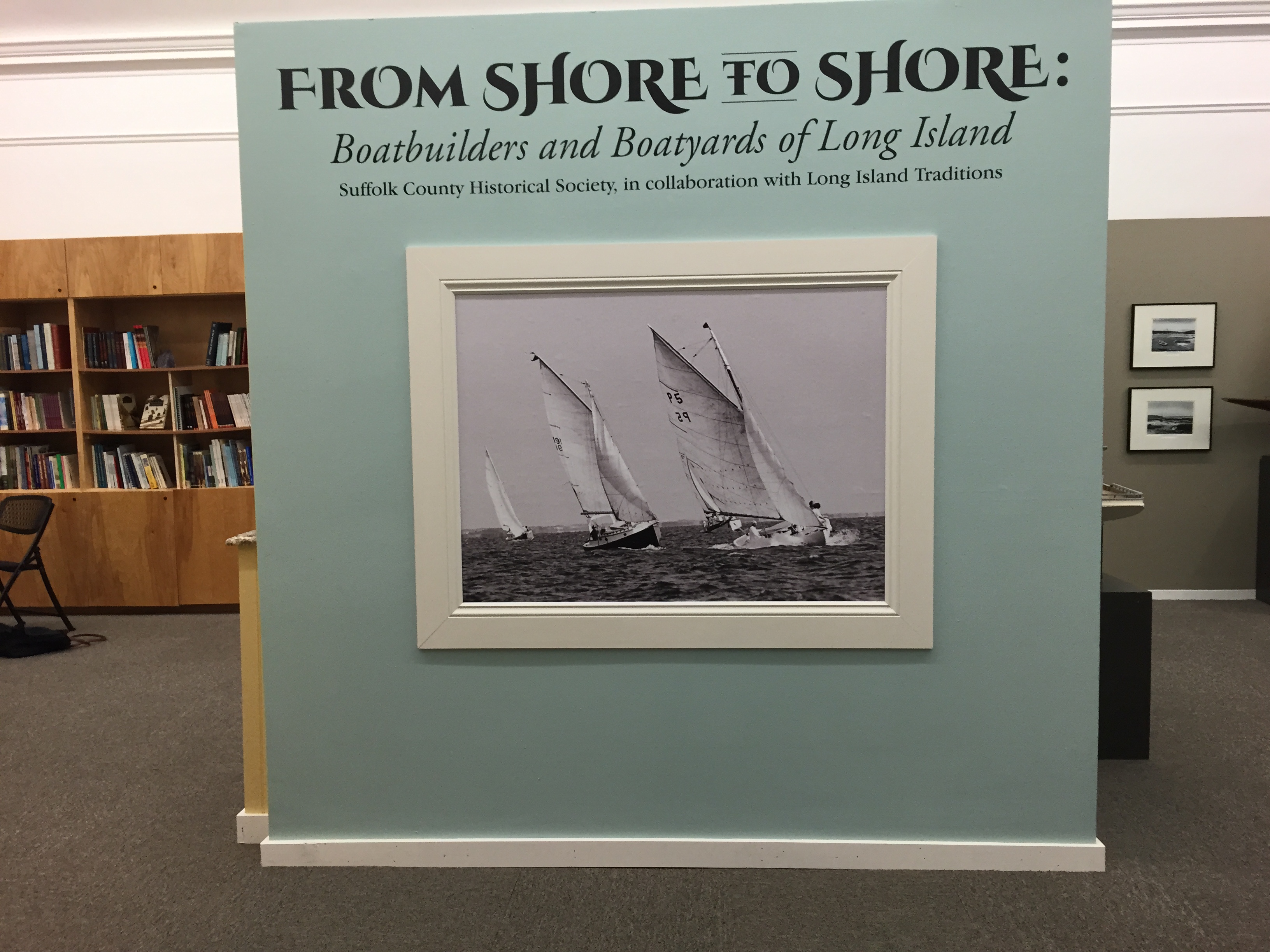 From Shore to Shore is docked in Riverhead until Sept. 19

There was a time when boatbuilding and Long Island went together like cheese factories and Wisconsin. It was a way of life, something woven into our cultural fabric. But the tides have changed in recent years. Blame the recession, fishing regulations and Hurricane Sandy, but people just aren’t buying boats like they use to and boatbuilders are struggling to stay afloat.

As you walk through the two rooms don’t just look at lakeboats and dinghies built by Long Islanders over the past two centuries, learn how they were built and what they were used for.

“Everyone who comes to see the exhibit is stunned that we really got into the nuance of building boats and building small vessels,” said David Byer-Tyer of Suffolk County Historical Society Museum, who helped to curate the exhibit. “There’s a little bit here for everybody from how to restore a lakeboat to how to restore a small craft.”

There’s fodder about how shipyards were used to aid the defense industry during the World Wars and rum-running shenanigans during the Prohibition Era. Read between the lines of the placards and you’ll see that for people like Fred Scopinich, a third-generation boatbuilder who bought Hampton Shipyard in East Quogue from his father and uncle in the 1950s, boatbuilding wasn’t just a way of life, it was life.

“[Fred Scopinich] could not imagine doing anything else and whenever he gets on a boat or he finishes a boat, it’s an extension of who he is,” Byer-Tyer said. “I know he meant that. His passion for building is obvious from the way that he dresses to every little tale that he tells.” 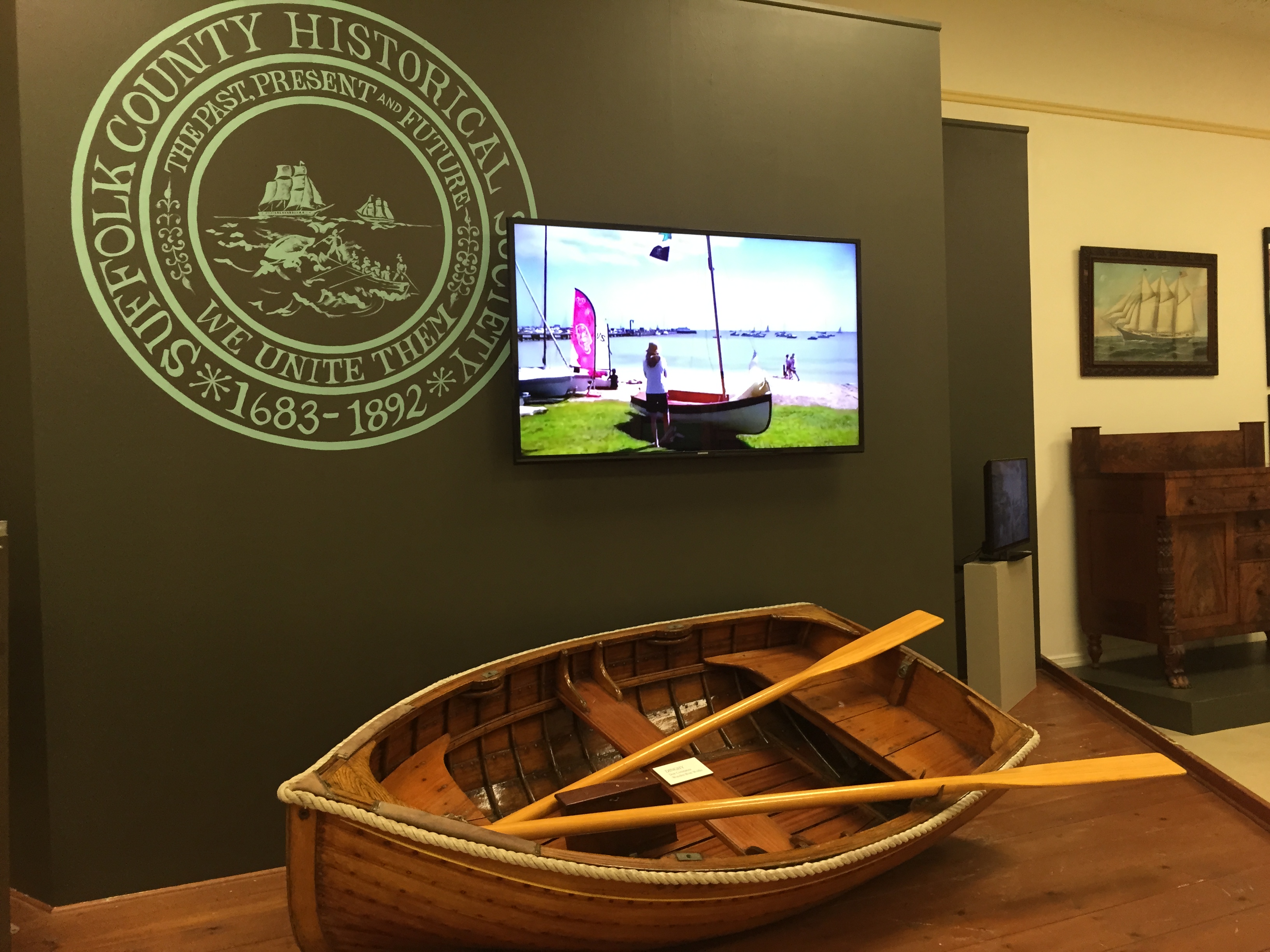 Don’t just look at the boats, learn how they were made by watching videos

It’s that passion-fueled culture that Solomon hopes never truly dies out because losing the boatbuilding industry on Long Island would be like losing part of our identity.

“I think we would lose an important part of what is Long Island,” she said. “We live on an Island, there’s baymen and fishermen. It’s also one of the few places in the world where you can find a quality boat built by a master tradition bearer and if we were to lose it I really feel we would lose part of our maritime heritage.”