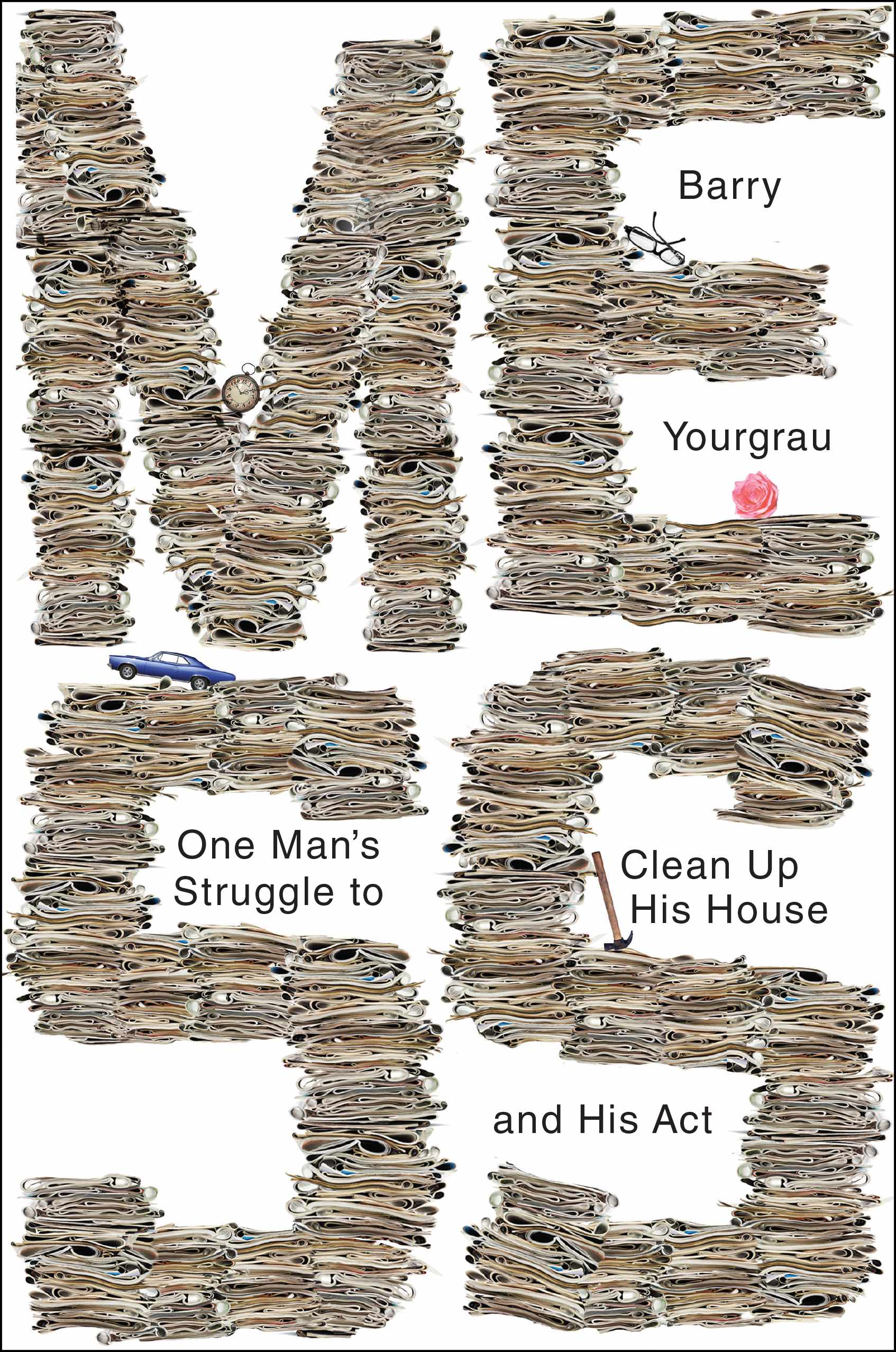 Once again, you couldn’t find your keys.

You were pretty sure you put them down on the kitchen counter. On top of last week’s mail. Which you’d laid next to a shirt you bought on sale in April, breakfast dishes from who-knows-when, five plastic bags and a dead plant. Yeah, your house is cluttered, but it’s not so bad – which is what Barry Yourgrau thought until, as he says in his memoir Mess, he began to look around…

The apartment hadn’t always been his.

It had, in fact, belonged to Barry Yourgrau’s girlfriend once, and she’d bequeathed it to him when she moved and he needed a place to stay. So when Cosima knocked on the door of the apartment one afternoon, she was surprised that Yourgrau wouldn’t let her in.

He couldn’t, because Yourgrau was a hoarder “at wit’s end.”

Postcards, old calendars, paper bags, souvenirs and bric-a-brac littered the floors of his home, covered with dust, stored in boxes, slung across furniture and countertops. Not only were the rooms cluttered, but so was Yourgrau’s mind: as a writer, he couldn’t seem to stay focused. His home was too much of a distraction.

Cosima gave him an ultimatum: clean or else. So why not make it a “Project”? Yourgrau decided that de-cluttering – and understanding his compulsion to hoard – might make an interesting story, perhaps even a book.

A twin with a younger singleton brother, Yourgrau had spent his childhood helping his family to move; his father was a professor, and had worked his way around to a series of jobs. Yourgrau remembered his mother’s death with deep sorrow but recalled his father as “domineering.” Still, getting rid of their “stuff” was an emotional struggle.

But, then again, getting rid of his own possessions wasn’t easy, either. Yourgrau sought counseling. He read up on hoarding and its psychology, attended a 12-step program, accepted help from several places, spoke with other hoarders and experts, procrastinated, and tried tackling the mess on his own.

Of his struggles, he says, “A man who cannot let go: that would be me.”

There are a lot of pages here in which Mess lives up to its title.

That disappointed me; I had such high hopes for this memoir, but a first-half hodgepodge makes author Barry Yourgrau’s story initially very hard to follow. It doesn’t help that Yourgrau sprinkles his narrative with highbrow literary references and other edge-of-mainstream nods; a sense of mania and referring to people by a series of nicknames only adds to the chaos.

Fortunately, things turn around about halfway through the book. There, Yourgrau starts to dig into the reasoning and psychology of hoarding by consulting experts, which tampers the frenzy. Indeed, the second half of this book is more introspective, more down-to-brass-tacks, and much more interesting.

Ultimately, I don’t think this will help much if you need advice on hoarding or cleaning. It’s just too cluttered for that but, if entertainment is your goal, here’s your book. If you can, then, Mess is something to find.