Here’s how Fashion Week works: you wake up with a tingling sense of dread that inevitably turns into an unexplainable sense of panic exhibited via a constant monitoring of your watch, your email, your bag, your phone, your outfit and your face. You put on your heels (the “comfort over heels” movement that you usually wholeheartedly support becomes but a distant memory), you open your makeup drawer to dust off those boxes of free samples you received or bought and you look at yourself in the mirror. You look your best. Really, you have rarely looked better.

Your agitation slowly intensifies as you try to figure out the best way to actually get to the shows: do I have time to hail a cab? Will I get stuck on the subway? When can the Uber be here? Should I download that other app they told me about?

First launched as “Press Week” by the New York Dress Institute’s Eleanor Lambert back in 1943, what is now known as New York Fashion Week brings together the world’s top brands to showcase their latest creations twice a year. In its first iterations, the endeavor was an inclusive one: come look inside this world, Lambert seemed to have said, and be a part of the conversation. Since then, Fashion Week’s meaning was flipped on its head and, from a grandiose statement of inclusion, it has become the premier symbol of exclusion.

What changed? The success of Fashion Week relies on the organizers’ ability to keep others out, while allowing a select few to attend the shows. 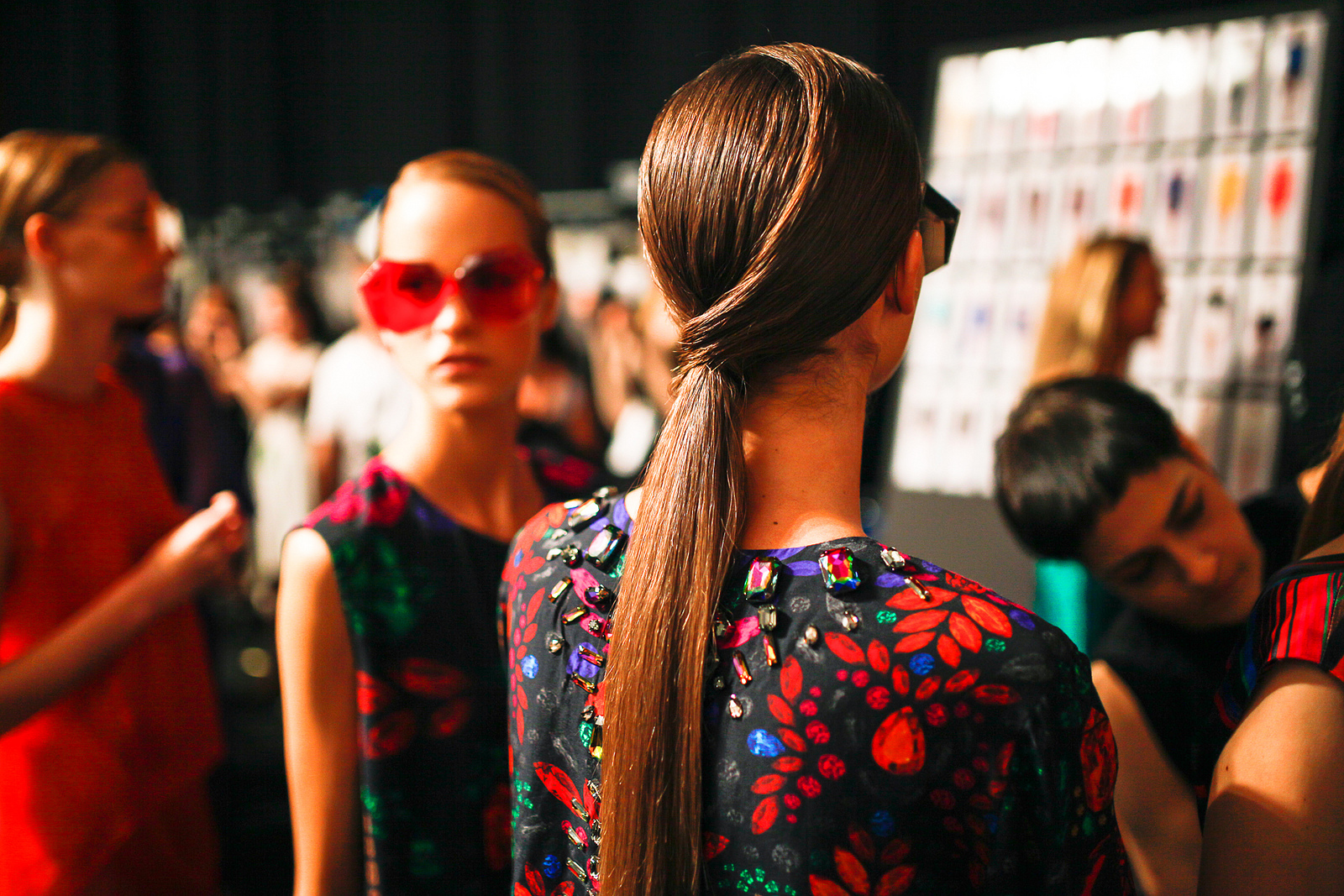 When you finally arrive at the unofficial headquarters of the fashion industry (Lincoln Center until this year, now all of New York City) and convince yourself to calm down because you’re on time and haven’t forgotten anything at home, you realize that everyone looks just like you (large sunglasses, interestingly colored outfits, expensive bags and a smug look of self-indulgence basically painted on everyone’s face). If the morning’s efforts were propelled by a desire to truly blend into the crowd, congratulations! You’ve succeeded. (This year, blending in will be fairly easy: base your look on the deceptive rejection of conformity, try to look as gender-neutral as possible or opt for the classic giant top over a tiny bottom or a tiny top over a giant bottom).

Now, you get pissed off. No one notices you because no one can tell anyone apart. The entire system begs you to be as unspecial as possible because the success of the shows rests on the industry’s ability to deny you entrance to those exact shows. You tell yourself that your deep-rooted hatred for this particular aspect of the fashion industry is finally justified. In short: you start hating Fashion Week because you love to stand out.

Full disclosure: I don’t think fashion should be inclusive. The essence of style is the individual’s unique decision to buy a certain piece and not another. Your clothes shouldn’t be screaming “Hey! I’m like everyone else!” They should be a testament to your singularity. During Fashion Week, that’s impossible. The shows promote trends that will be embraced by everyone in the same way, turning us into the exact same people as each other and forgetting about the things that make you and me two separate beings. Fashion Week is inclusive in the only way we don’t need it to be: it asks you to suppress yourself to look like others instead of teaching you that being different will still earn you a ticket to the club, because the club will be open to all regardless.

Although we’re raised to think that the book’s cover doesn’t represent the story, it’s undeniable that the cover is what compels you to pick up the book in the first place. That’s why fashion is crucial: because first impressions matter and fashion is the quickest impression of them all. Fashion is important and cool and exciting and revelatory at its best–and that’s exactly why Fashion Week is not any of those things. Because it’s not about propelling that kind of fashion forward but about submitting to something that’s not really fashion at all: conformity.