The Suffolk County Half Marathon on Sept. 13 will be the fifth half marathon for Ginger Bosak of Lindenhurst, an unlikely feat for the mother of two. About seven years ago, she had trouble walking to the corner. One day, she looked at a photo of herself, and it hit her: she wasn’t leading a healthy lifestyle.

“I saw a picture of myself when my daughter was 1-years-old and I thought, ‘How the heck did I get that big?'” Bosak recalled.

Going the Distance for Longevity

It wasn’t how she wanted her daughters to see their mother, so at 256 pounds, Bosak joined Weight Watchers and began increasing her steps and little by little began running. When her brother encouraged her to run her first 5k, she got hooked on the road racing scene the second she crossed the finish line. 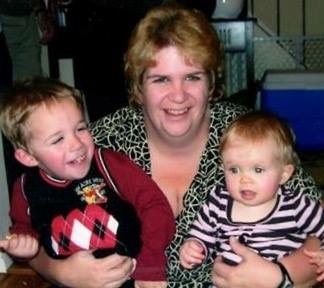 A before shot of Bosak, who now maintains a healthier lifestyle by running

“I have family who was always active, my brother is very inspiring,”  Bosak said. “He’s done a bunch of marathons. He brought me to my first 5k. You don’t know the feeling until you cross the finish line. One 5k led to a 10k which led to half marathons.”

And now Bosak is in turn inspiring her children and playing the role of the ultimate cool mom.

“My kids are 8 and 10 and they go out with me and they ride their bikes with me while I’m out there. We make it a family affair,” she said.  “I started a walking club with people in my Weight Watchers group and the kids were so excited to come to walking club because it’s a club. You use a fun word and they follow suit.” 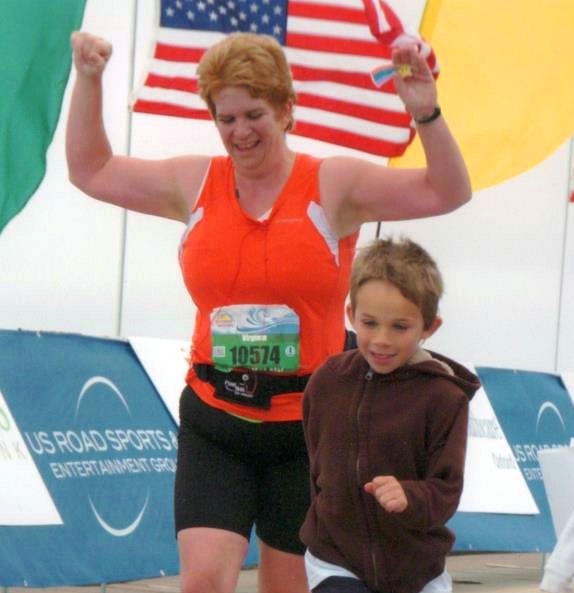 Bosak hopes her journey inspires the younger generation to get out there and stay healthy.

“My goal for my life is to make sure the next generation doesn’t struggle with their weight like I have,” she said.

But for those who are already overweight, Bosak has a message for them, too: it’s not too late to change course.

“Start out slow and don’t give up because it’s always in front of you,” she said. “A lot of people look at what’s behind them, like ‘If only I started five years ago.’ You can’t think like that.”