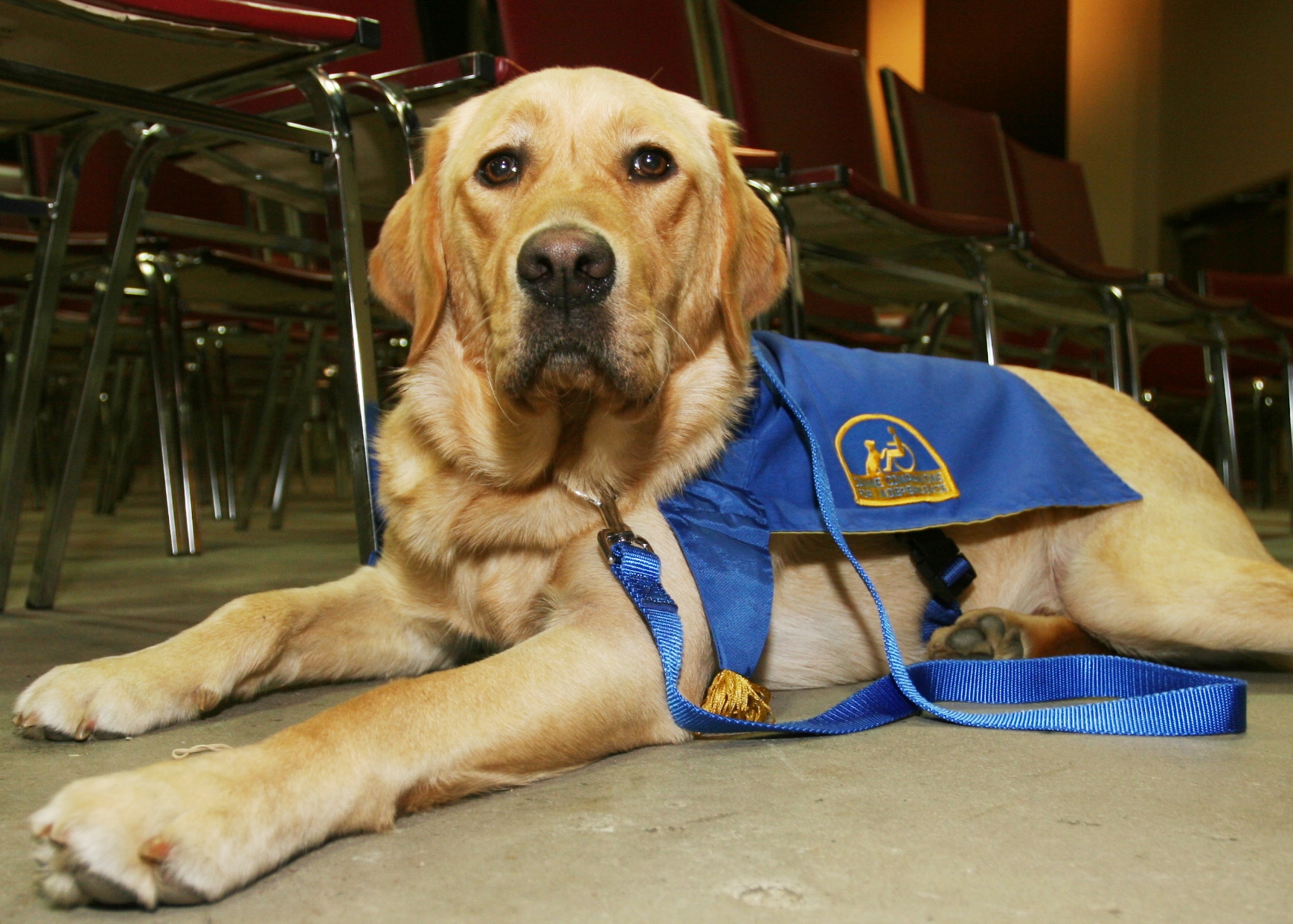 A CCI dog readies to graduate on Friday, August 14 at the Northeast Regional Campus in Medford. (credit: mike hartsky)

Trucker, a ball of black fur with paws bigger than his face, sat the minute Pam Recchio brought him to her Middle Island home in November 2012. She knew right away the eight-week-old puppy was someone special. For 18 months, he did everything Recchio said: sit, stay, come, up…She still tears up when she calls him her heart dog.

In May 2014, Recchio did what so many dog lovers swear they could never do: she gave Trucker back. It wasn’t because he “no longer fit her lifestyle” or any of the other reasons thousands of dogs end up in shelters each year. Recchio is one of more than 1,300 selfless volunteer puppy raisers for Canine Companions for Independence. For 40 years, the non-profit has been providing highly trained assistance dogs to people with disabilities. Volunteers spend about 18 months with a puppy, teaching him where to toilet, offering love and support through typical puppy gaffes and making sure regular visits to the vet are made. Once an adult, the dog is returned to CCI for advanced training towards mastering more than 40 commands and becoming an assistance dog.

“It’s extremely difficult…but being involved in Canine Companions I get to work very closely with the people who get the dogs and see the way it changes their lives,” Recchio said. “It’s like, ‘How could you not give them back?’” 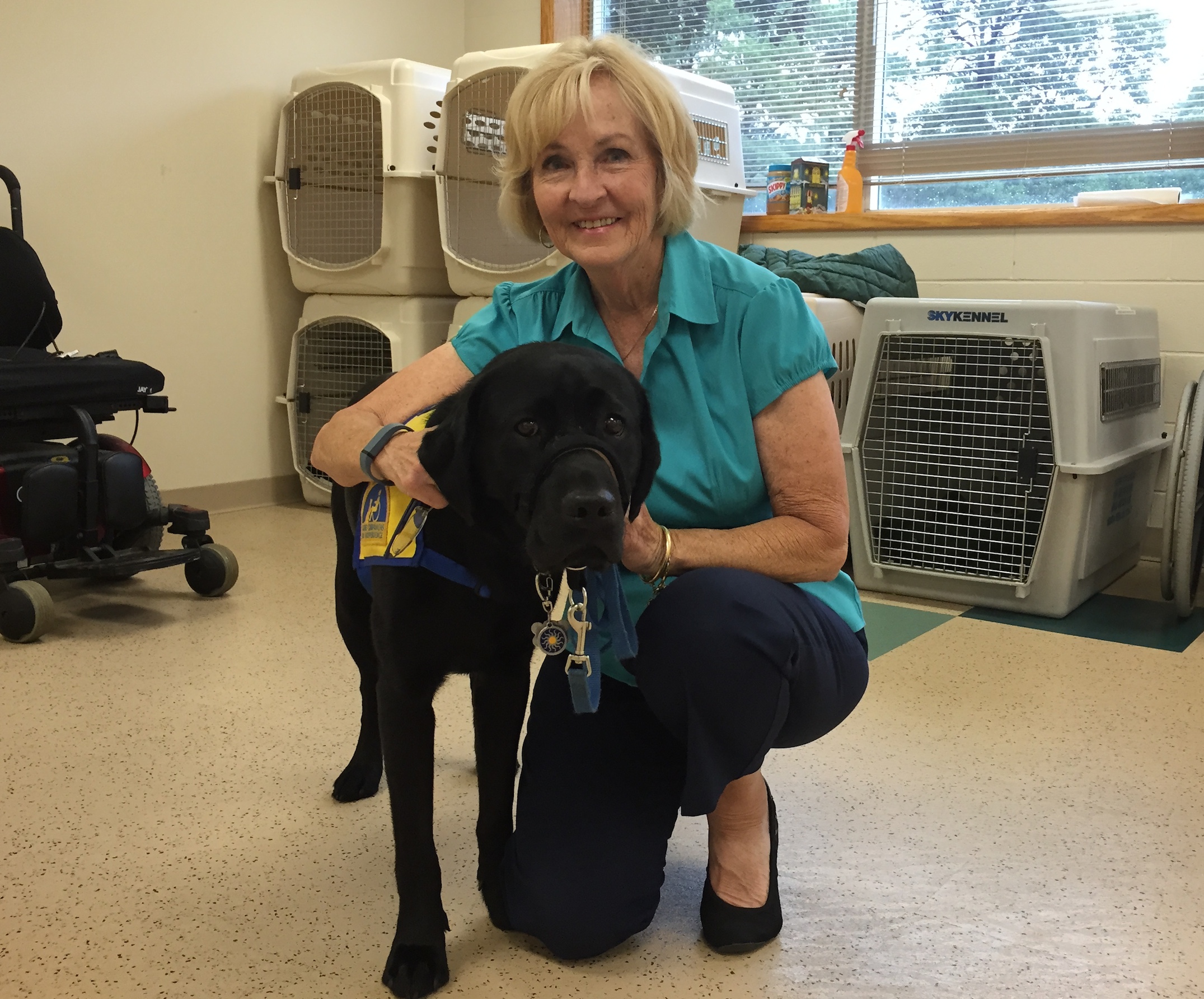 Recchio with Cole, the third puppy she is raising for CCI. Giving the dogs back is tough but it “doesn’t kill you,” she says.

Recchio said that returning the dog is the biggest hurdle prospective puppy raisers have to overcome. She even volunteered for CCI for a year before committing to becoming a puppy raiser because she wasn’t sure she could do it. It’s more than an emotional roller coaster, it’s a financial sacrifice too. Although many vets offer a discount and puppies can be trained at CCI campuses if a volunteer lives close by (the Northeast Regional campus is located in Medford), the costs can still add up to the tune of about $2,500. A fact that can be daunting for recruits. 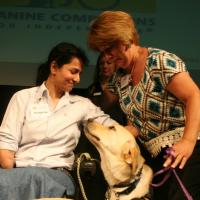 Anupama Malempati is a quadruple amputee as a result of septic shock. “I think he’ll be a good companion for me,” she said of dog, Nebraska. 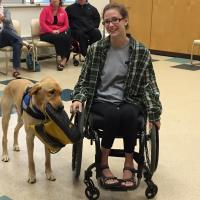 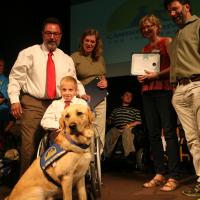 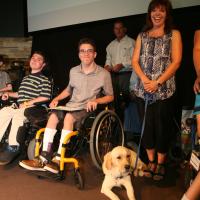 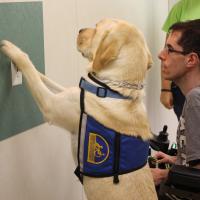 Keir turns on a light for Steven Antonino, who has muscular dystrophy. Keir is Antonio’s second dog with CCI. “I don’t want to constantly be asking people for help when I can do it myself or have my buddy here do it,” he said. 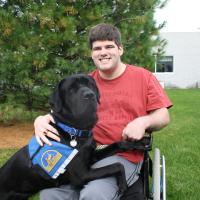 Trucker with Kyle Meath of Canandaigua, N.Y. Pam Recchio raised Trucker from Nov. 2012 to May 2014.

Enter Henry Schein, Inc. The Melville-based healthcare giant is the largest distributor to office-based animal health practitioners who care for companion animals in North America—more than 75 percent of veterinarians nationwide source from the company. This past April, Henry Schein announced a multi-year partnership with CCI designed to help offset the costs of puppy raising. Starting this September, puppy raisers will receive a care package from Henry Schein Cares stocked with essential products and coupons for raising a healthy puppy during the first 18 months of life, including Heartgard to prevent heartworm disease, two stainless steel bowls and treats.

Henry Schein is also putting its money where its mouth is. The company has pledged to team up with its animal care customers to launch a national fundraising campaign benefiting CCI. And in April, Henry Schein made a one-time $50,000 donation of mostly cash to CCI in addition to the value of the care packages. The cash will be put in the CCI general fund to help further the organization’s mission and initiatives. Henry Schein will help veterinarians who source from it do the same by giving them a flyer to display at their counters asking customers for donations to the fundraising campaign. 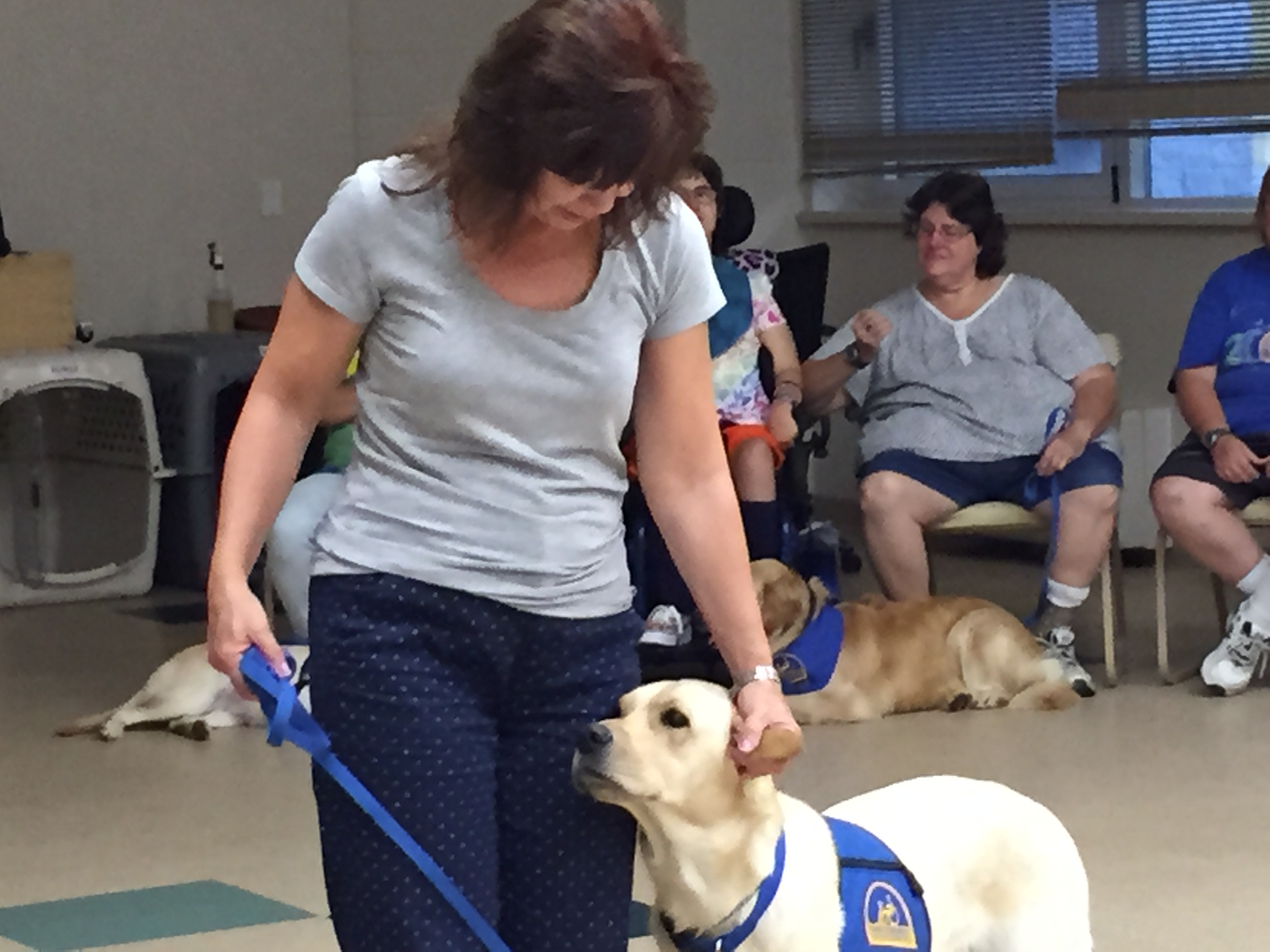 Canine Companions hopes the partnership also helps attract new volunteers. Jessica Reiss, the Northeast Regional Program Applicant Coordinator, said they place 40-50 graduated assistance dogs in homes each year. There are 106 people on the list who may wait up to three years for a dog. More puppy raisers means more dogs can be placed in homes with people like 17-year-old Shaun Egry of Mount Sinai. Shaun was 1 pound, 9oz. and 24 weeks old when he was born with cerebral palsy. His mother, Lisa, calls him the family’s miracle. If Shaun is the Egry’s miracle, Edmison, or Ed, was their gift: when Shaun was 10, CCI matched him with the golden retriever.

Ed quickly became Shaun’s best friend. He helped pick things up, snuggled with Shaun while he watched TV, learned how to do a high five (Shaun’s favorite and a real crowd pleaser) and helped him navigate CCI events to ask for donations, a huge leap for a boy who used to tell his mother to answer people’s questions for him.

“It was great to see him opening up and maturing and just starting to be a real kid fitting in with different scenarios,” Lisa said.

“It is enormous happiness and humility to watch how a dog transforms Shaun. The dogs, especially for children, act as social bridges,” said Northeast Executive Director Debra Dougherty. Shaun and Lisa Egry with Honey during team training at the CCI campus in Medford.

But when Ed passed away from cancer in November, Shaun began to regress, retreating into his shell and relying more on his mother to do things he used to do by himself. After a few months of fostering animals, the Egry family decided Shaun was ready to welcome a new friend. This summer Shaun was matched with Honey, a lab with big, expressive brown eyes. Like Ed, she can pick up keys and even pay for items at the mall. Under the Americans with Disabilities Act, CCI assistance dogs are allowed in all public places. Shaun and Lisa can’t wait to teach her how to do a high five. She’s already helped him become more independent and allowed Lisa to regain some independence as well.

“The dog actually becomes like his confidant where he’s not needing my attention every five minutes,” Lisa said. “He’s very comfortable being on the computer with the dog lying next to him. I can do laundry and make dinner.”

It’s a luxury Lisa knows she wouldn’t have if it weren’t for the puppy raiser who let Honey go, even though s/he likely loves her just as much.