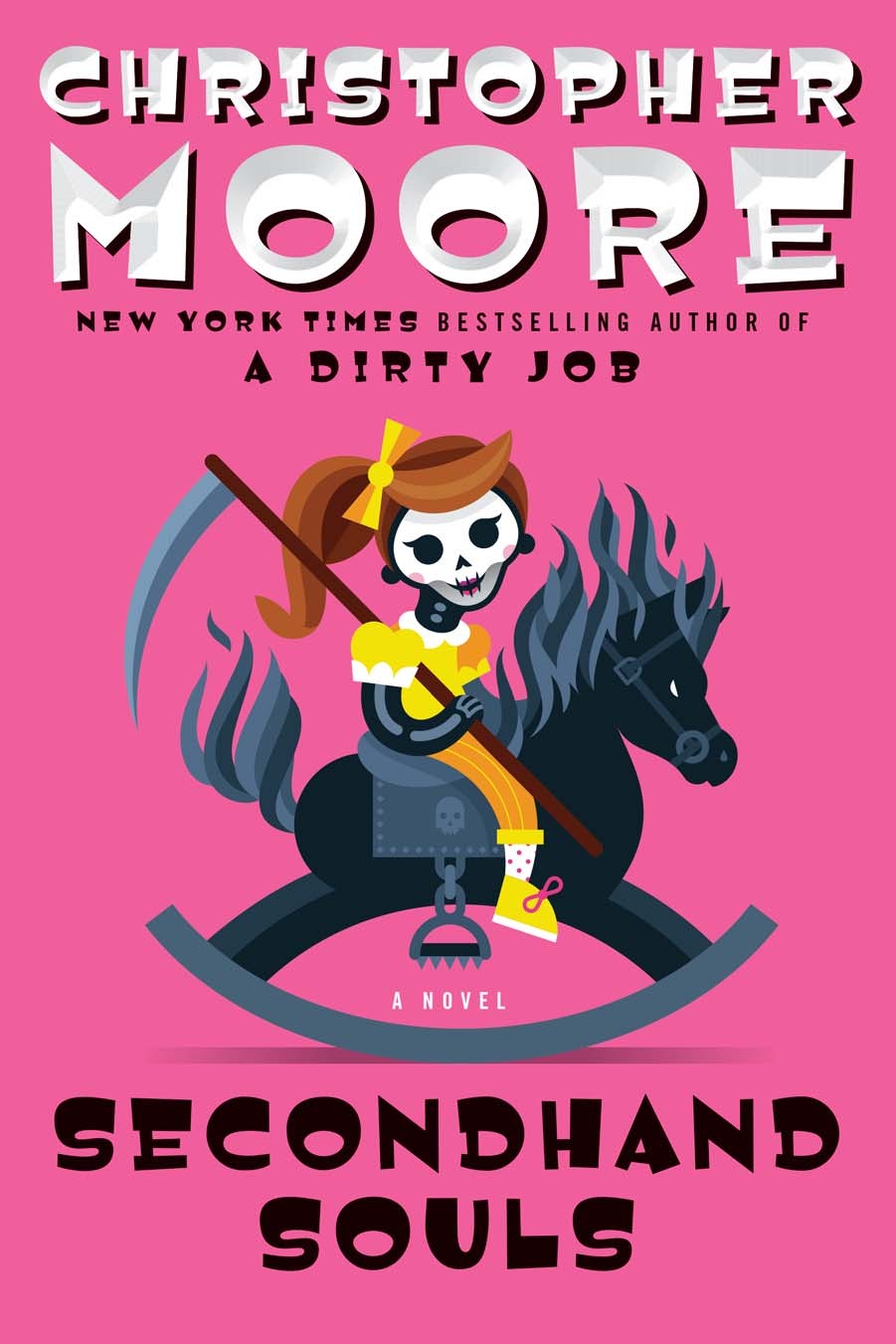 That’s what they say you’ll get at the thrift store, but you know the rest of the old saying: it’s another man’s treasure, which is what you usually find. Jeans barely worn, shirts so old they’re in style again, vintage games like you once played. Trash? No. Treasure? Maybe, or as in the new book Secondhand Souls by Christopher Moore, it’s more like trouble.

Retired Detective Alphonse Rivera didn’t really exactly know what to do when the Great Big Book of Death arrived at his doorstep. There were instructions, of course – something about “duty to retrieve soul vessels” and “Darkness will cover the world” – but it otherwise didn’t make much sense. Still, as instructed, Rivera bought some Number Two pencils and a calendar, and he waited.

The banshee that visited his used bookstore and stole his stun gun was the first sign of trouble. The second sign was the large black man who came afterward, and started asking questions about why Rivera hadn’t done his job.

In 12 years of working as a painter on the Golden Gate Bridge, Mike Sullivan had seen a few suicides but zero ghosts. So when a beautiful, ethereal woman appeared to him and explained that there were others on the bridge and they needed him to find the “ghost thief,” Mike was understandably intrigued. He promised to help, though he had no idea how, or even who, to ask.

Charlie Asher wasn’t at all happy being a meat puppet, but he had no choice. When his former-Buddhist-nun girlfriend, Audrey, found him dying from Morrigan venom, she’d had to put his soul somewhere; leftover ham and alligator parts were handy. He’d have a real body again, once Audrey figured out how to find someone not quite dead.

It was a learning curve for her, life was complicated, and it was getting worse: Charlie’s seven-year-old daughter, Sophie, who was the Luminatus, was without her hellhounds and nobody knew where they were. Souls went uncollected, vessels were missing, and a tall man wearing yellow was spotted around town in an old yellow car. Ugh.

For Charlie Asher, current meat puppet, former Underground warrior, it was going to be a long week…

One thing’s for certain: Secondhand Souls is dark, messy and weird. Reading it is like looking through a foggy windshield: you’re quickly lost, nothing is clear but pretty soon, you start to at least kinda-sorta see where you’re going.

And yet, despite that murky story-blindness, author Christopher Moore’s peculiar San Francisco underworld is a place I didn’t want to leave. I was in the midst of a tornado of oddity but I stayed anyhow, and I laughed – which is a big appeal of this novel: its five-steps-beyond-quirkiness is really darn funny.

Keep in mind that this is a sequel to a previous book, but it can be read alone. It’s wildly fun, but it may be the freakiest book I’ve read this year. Are you the perfect audience for that? Then Secondhand Souls is a real find.