As summer wanes and whisks away the heat and humidity, it’s prime time to enjoy the outdoors before the chill of winter nips our noses (and everywhere else). Long Island is home to arboretums, preserves, farms and fields, all of which have their own hidden gems within them. Discover these five treasures at the end of Long Island’s rainbow and you’ll hit the cultural, historical and sensory jackpot. 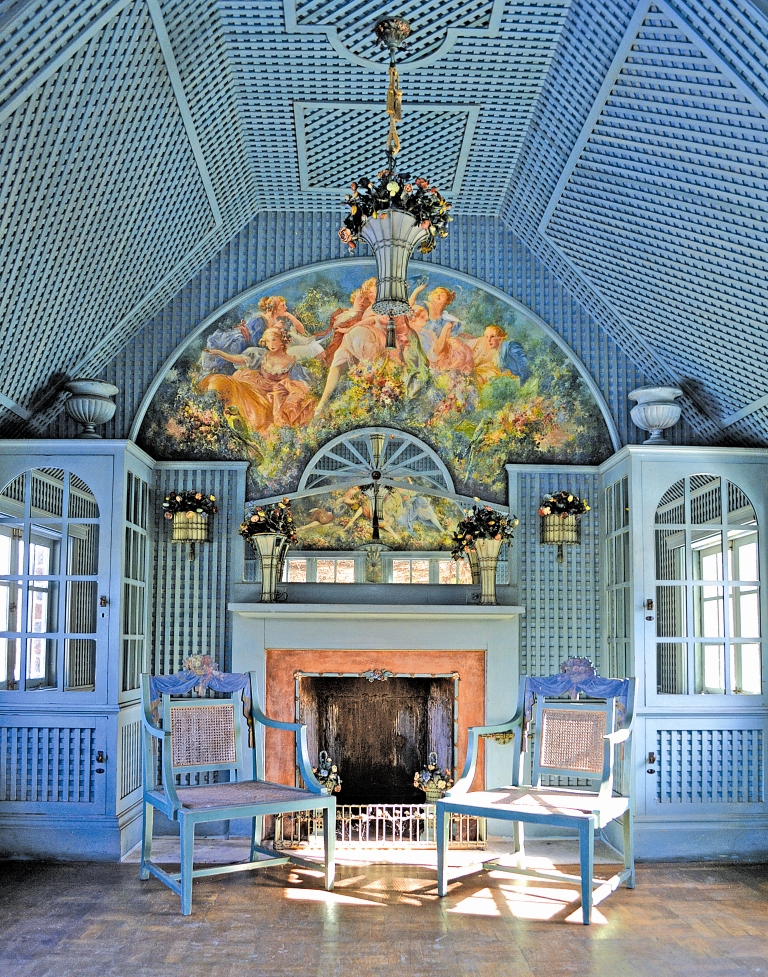 The interior of the Tea House. Photo by Lilly McGurk, Planting Fields Foundation

Most people delve into this property with sneakers, a picnic basket and an iPhone in hand to capture Coe Hall, the magical greenhouses and the plethora of greenery. Horticulture may be the reason for your visit, but you will regret stopping to smell the roses if you miss out on the Italian Garden Tea House.

Elsie de Wolfe is the interior designer behind the 1915 masterpiece. The cozy space contains preserved, hand painted Rococo style work by artist Everett Shinn. Because most of de Wolfe’s work has been destroyed, the Tea House is a rare and precious encapsulation of Long Island and American history.

Although the tiny gem is only open on special occasions for preservation purposes, either side of the house has lattice coverings and benches to sit and enjoy the garden views. The Tea House faces a large rectangular space containing a fountain with authentic statuettes and marble benches to enjoy the view and various species of flowers and plants.

Be sure to bring a basket with goodies and a light lunch to enjoy on the outskirts of the Tea House. To maintain the original and authentic properties of the small section, eating is not allowed in the Italian garden. 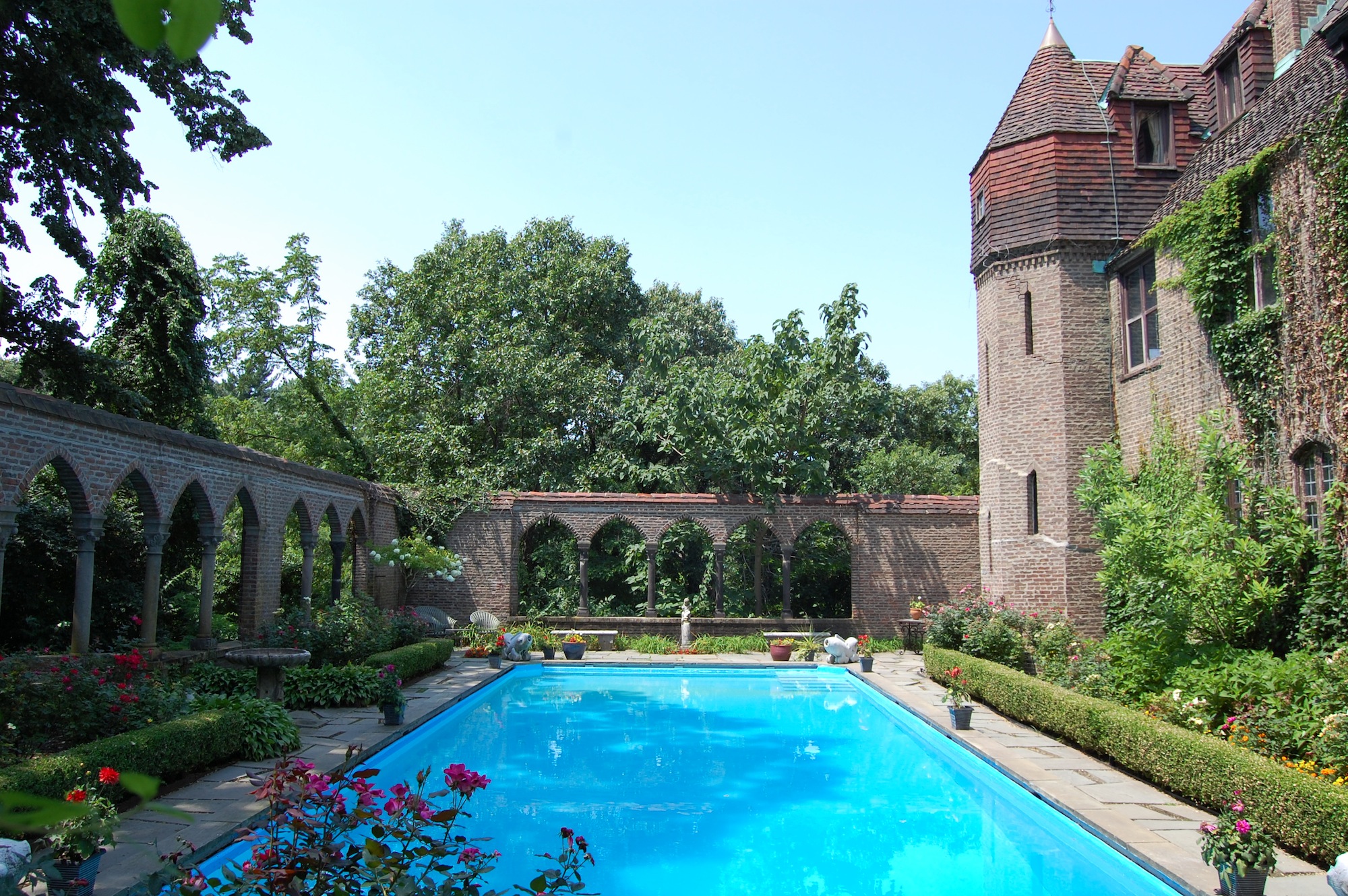 The glamorous glow of Gold Coast mansions are where many Long Islanders find themselves basking in the rays and exploring the grounds. Sands Point Preserve is home to three historic homes, one of which is less known but none the less magical than the others.

Falaise, built in 1923 by the Guggenheim’s, is furnished with antiques, modern art, sculptures and Renaissance paintings that bring the grandioseness of the exterior indoors. The French Eclectic architecture is available for docent-lead tours through Nov. 22. Sit on the porch where The Godfather was filmed, or take a hike through the trails on the property.

Whether you’re an athlete, an art enthusiast, studying horticulture or just want to get some fresh air before it turns to ice, this is a gem you can ask your husband for that doesn’t require a trip to the jeweler.

Lavender Fields at Lavender By The Bay, East Marion 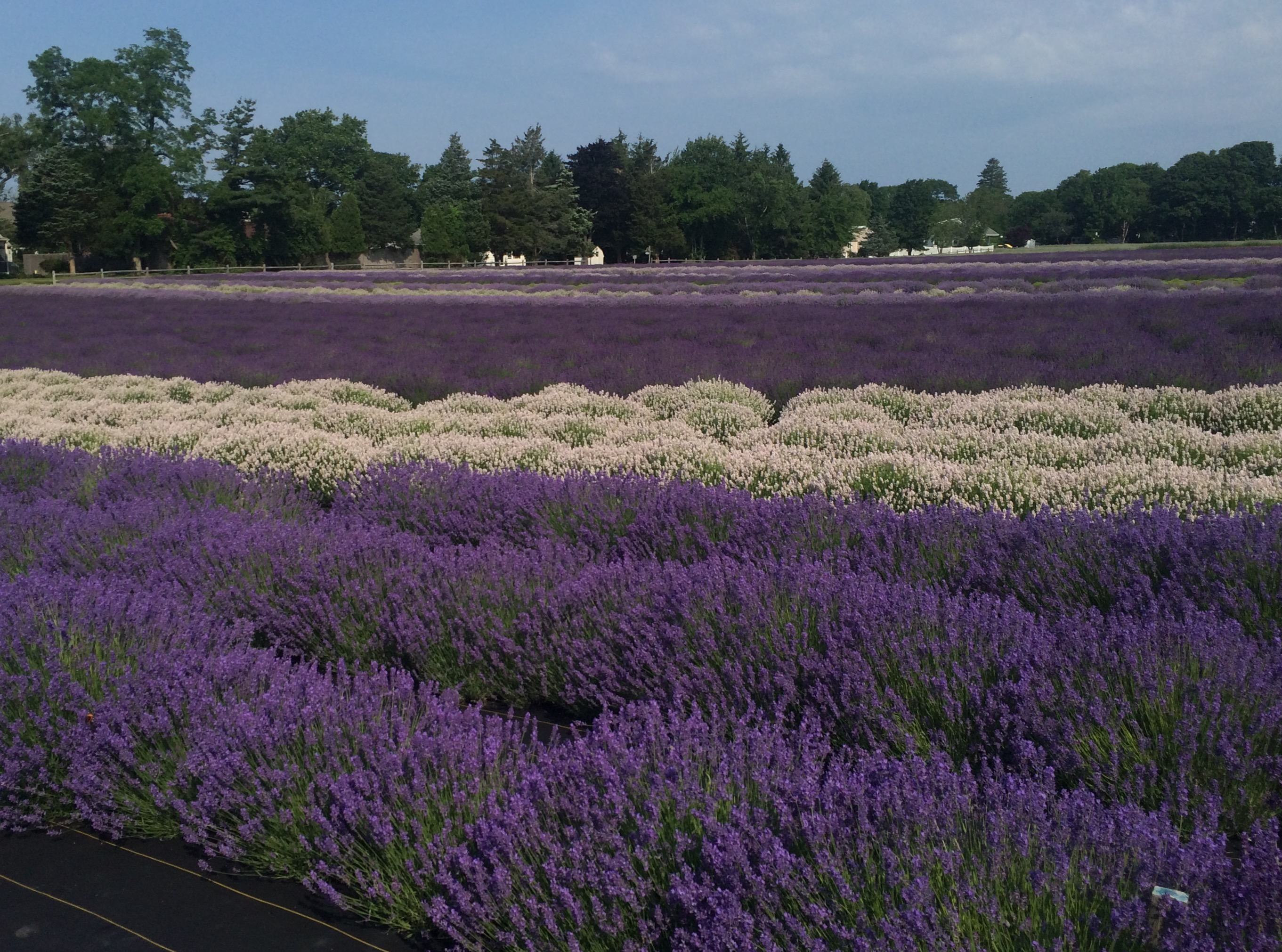 Photo provided by Lavendar By The Bay

We’ve spent a lot of our hot summer days on the East End beaches, wineries, storefronts and beaches. Yes, I said beaches twice. Before you fly south (or drive west) for the winter, head to Lavender By The Bay for their last bloom of the season.

This farm has hidden gems in the form of flowers. Although the fields were filled in July, expect about 15 rows, a small second bloom, of English Lavender. The gemmy quality comes from, “how beautiful the English bloom can be due to its color variations,” Vice President Chanan Rozenbaum said. “Visitors can be transported to purple fields of tranquility and experience intoxicating aromas by taking a walk in our fields–right here on Long Island.”

There is an $8 per person field entry fee, but it can be used as credit in their shop where you can purchase dried lavender bunches, lavender salt for cooking and more. Status and updates of the second and last bloom of the season are available on lavenderbythebay.com. You can even bring your dog.

The Ruins at Muttontown Preserve, Syosset 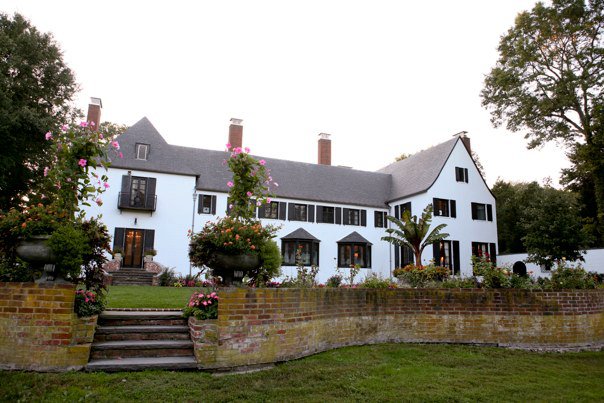 With 10 miles of hiking trails and more than 550 acres of land, you would think it’d be hard to pick just one hidden gem on the property. But with a true diamond in the rough among the plot, our focus is on the fallen estate of King Zog.

Off the beaten path lie debris and the ruins of an old Gold Coast era mansion built by steel tycoon Charles Hudson in the early 1900s. Later, it was sold to King Zog of Albania who never moved in. The estate soon became a vacant lot.

“It’s a very long walk, I just want to warn you,” said Chris Anderson, part-timer at the preserve. Despite the vast forests and miles of trekking, Anderson does, “encourage people to come in and explore on their own.”

While walking among the wreckage you’ll find a double staircase that acted as an entrance to the late mansion, as well as statues and brick walls. Behind the nature center there are maps of the property to easily scope out the secret gem on the preserve. 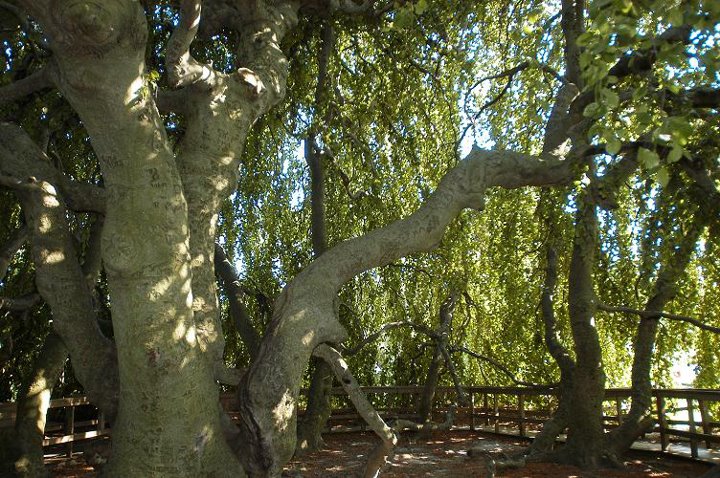 This arboretum is home to quite a few treasures. Some are out in the open, while others remain hidden unless you search far and wide. Call off the search. Let us expose these gems so they can sparkle in the eyes of all who enter.

More than 100 years old, the Weeping European Beech tree lives behind the Manor House. At first glance you may think of Disney’s Pocahontas, take a photo and walk to your next destination. Freeze! Look closer and you’ll see a dirt patch that is the beginning of a walkway that leads under the willowing branches and leaves.

Part the tree’s natural curtains and find a spectacle well worth the exploration. Enter the underbelly of the beech and discover a swirled and twirled base. Branches twist and turn to form the most magnificent natural art sculpture.

Walk around underneath the weeping branches and admire the true hidden gem of Bayard. When exiting the structure (although you won’t want to), take a quick left and find yourself in the Woodland Garden where fairies, if they existed, would roam and cute creatures lurk. Cross through to the River Walk that runs about a mile along the Connetquot River.