On Sunday, Sept. 20, nervous nominees and fledgling starlets will walk the red carpet looking gorgeous and flawless. Unlike Beyonce, they do not wake up like this. Beauty industry experts can enhance a person’s look or completely change it, and makeup artist Kevin James Bennett is one of the best in the business. The two-time Emmy Award winner for Outstanding Achievement in Makeup for his work on As the World Turns (2001 and ’02) has dazzled on Law and Order and even Jerry Springer, yet those who know Bennett best love him for his candor. It’s a fascinating juxtaposition, a man who paints a face of professionalism and authenticity succeeding in a career based around changing someone’s appearance. Couple that with the fact that we live in an age where we need to take 10 selfies and experiment with at least five filters before settling on one photo and posting it to Instagram. Bennett is a rare breed and a breath of fresh air, but if you ask him, his strong character is the secret to his success. I did just that.

Long Island Pulse: Some describe you being frank as obnoxious. However, you’ve made a living from not beating around the bush. It’s like you repel pessimism and attract positivity. For someone privy to success, you must have relevant experience. Is the authentic attitude a result of a polar opposite past? Feel free to liberate a skeleton or two.
Kevin James Bennett: I’m no saint, and I used to love to settle in and listen to some juicy gossip until I realized that even if I didn’t repeat it, just listening made me an accomplice to the crime. Participating in that type of drama used to get me into a lot of trouble. Not anymore. These days, I refuse to feed the drama. I walk away if I can. If I can’t walk away, I do my best to neutralize its source. It’s fascinating how quickly you can shut down the subjective nature of gossip by providing facts and exposing the truth. Some folks find this level of directness unsettling, and at times I’ve been called some very unattractive names and even ostracized. I won’t turn a blind eye to dishonesty or drink the Kool-Aid so I can belong to cliques, cleverly disguised as nurturing communities. I’m comfortable with one simple fact of life: not everyone is going to like you or agree with you. 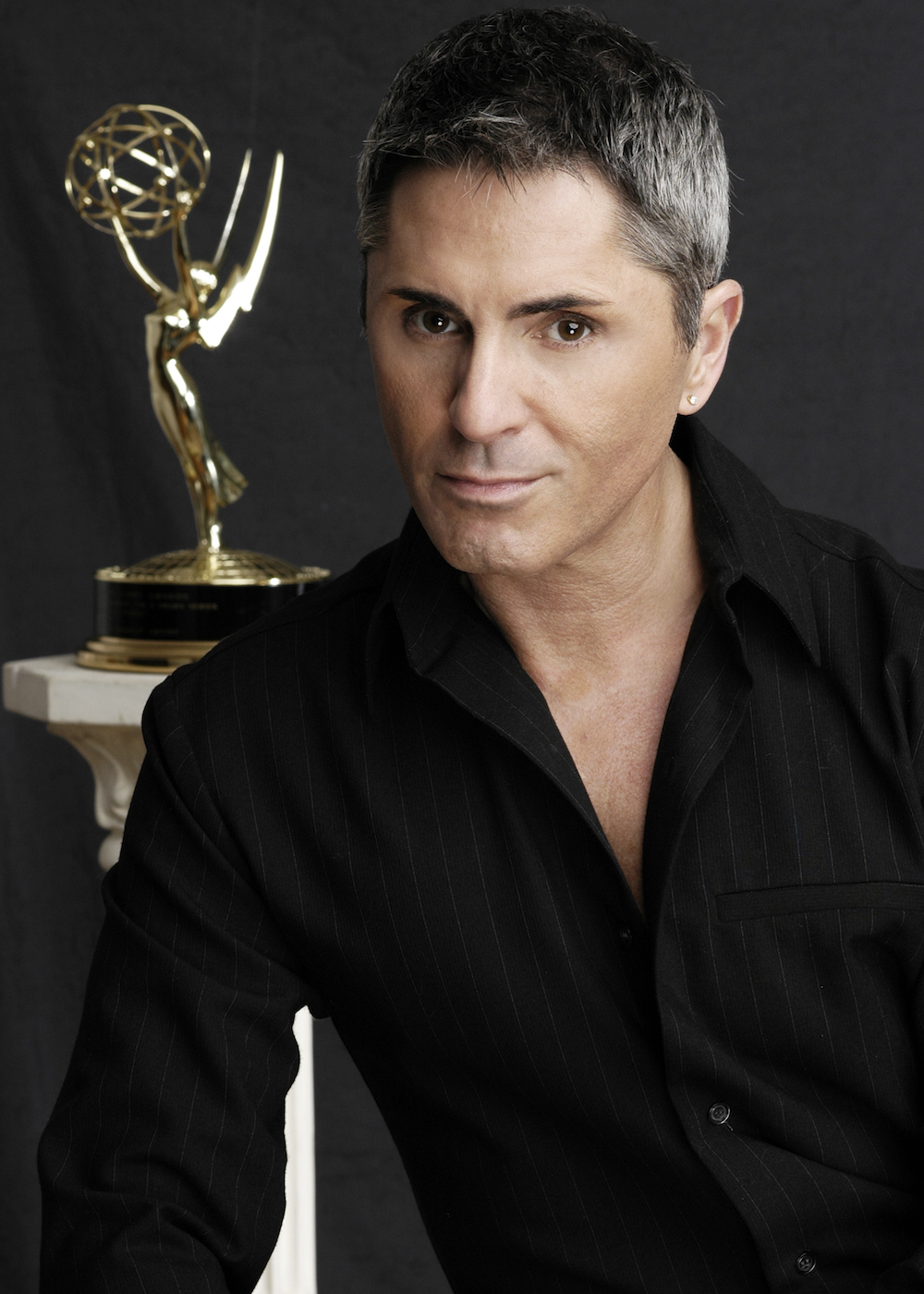 Pulse: Let’s talk reality TV and social media. Your lack of desire to be a star in an era where stylists and makeup artists are all over reality TV and have large followings on social media trumps any amount of “likes” received. Anyone who’s reaching for the top today believes it comes quicker with a mix of wealth and treachery. Have we become a superficial population that is only impressed by “famous” reality TV characters and no longer value talent? You have won two Emmys, so do you consider yourself a celebrity makeup artist?
KJB: It’s an interesting phenomenon when fellow artists assume they become a celebrity just by working with them. I have no illusions about who I am: I’m the help. I may work with celebrities, but that doesn’t make me one. The only people who deserve the title “Celebrity Makeup Artist,” are the ones who are celebrities in their own rights (Pat McGrath, Charlotte Tilbury, Francois Nars, Sam Fine, etc.). In any profession, you work your way up through the ranks to build and sustain a career, primarily for financial stability and not recognition. No one walks out of college and instantly becomes a CEO. The profession of makeup artistry isn’t any different. The unsettling “Insta-Artist” phenomenon has only one goal: achieving immediate gratification from instant fame. It offers no sound foundation to build a professional career. The fact that I’ve received some recognition for my accomplishments is gratifying, and I feel extremely blessed and thankful. But seeking “fame” has never been a key motivator. Fame is a lovely reward, but it’s not a realistic goal in the architecture of a long-lasting career.

Pulse: When you think about it, any chosen career path may force someone to deal with dishonesty and negativity at some point, but it appears you have this protective bubble around you. What are your secrets to playing nice in the sandbox?
KJB: Protective bubble? That’s wishful thinking. It might appear as if success came easily, but the fact is, I’ve been up and down the ladder of success so many times my legs hurt. And every time I fall (or get pushed off), I get up, bandage my bruised ego, reach for the first rung and start climbing the ladder again. I love what I do, and I understand that true success only happens after quite a bit of failure. I’m not afraid to fail. Most of the dishonesty and negativity I’ve faced stems from people who don’t know how to create their own success, so they want yours. The shortsighted don’t realize that dragging others down to build themselves up never ends well. I have a very strong respect for karma. I’ve done some stupid, reckless things that could have tanked my career and karma kicked my ass so I would take notice and clean my act up. It also made me realize we receive what we put out into the universe. You need to keep pumping out the positive energy to attract the happiness and success.

Pulse: You’ve won Emmys for makeup, and if being real were a category you’d probably win for that as well. With the Emmys right around the corner, what advice can you give to people for winning at life?
KJB: It all boils down to this: I choose to live authentically, which means taking the time to reflect on what is important to me and what truly resonates. My actions and words reflect my beliefs and values. I’m true to myself, not a version of what people think I should be or what others tell me I should be.