As the summer comes to an end, there’s no better way to keep the vibe going than to experience the sunny, yet nostalgic, sounds of Brooklyn-based duo Soda Shop. The two New York transplants—Drew Driver of Ohio and Maria Usbeck of Ecuador—fatefully met at a Summer Air France DJ show and began writing songs together. (Usbeck formerly sang in the buzz band Selebrities and Drew played guitar for The Drums).

Their first single, 2010’s “Farewell,” made it onto the UK’s BBC 6 and Sweden’s P3 Pop. And its B-side, “When You’re Lonely,” perfectly captures the feel of summer days: “Lazy days of smelling flowers/ I write through the haze/ Reading books with missing pages/ Not feeling the blaze.”

After enlisting a bassist and drummer to tour with, Soda Shop began recording their eponymous full-length debut at their home studio. The 8-tracks, mixed by Jorge Elbrecht (Ariel Pink), have a minimalist sound (including whistling, tambourines and finger snaps) that successfully melds surf rock with girl group and 80s dream pop. The album opens with the driving “Fence” on which the loverlorn Usbeck sings: “Please tell me you don’t love her,” while “Keep on Swimming” has a summery, surf rock vibe. Recently released, the duo’s debut is already getting airtime on stations like KEXP, and it’s one of the most added records on the CMJ chart.

Catch Driver and Usbeck live at their record release party on Sunday, Sept. 20, at Elvis Guest House, 85 Avenue A, in Brooklyn. They will be accompanied onstage by bassist Ed Chittenden and drummer Derek Lucci. Erika Spring of Au Revoir Simone will be DJing.

Long Island Pulse: How do you describe your sound in general? And how do you describe the sound on your new self-titled LP?
Drew Driver: It’s classic pop with the hooks and driving bass guitar. Minimal arrangements are important. Of all I have learned in writing, less is definitely more.

Pulse: What influenced you lyrically and sonically on your self-titled debut?
DD: Life in NY, I would say, has played a big role lyrically in terms of love, loss, moving on, relationships and the interactions that go along with living here. Sonically, I’d say a semi-hollow body guitar and a noisy tube amp.

Pulse: Who are your influences?
DD: Link Wray, Starflyer 59, The Zombies, Fine China. It’s still a bit surreal that most of the bands that inspired the songs came from my teenage years following the label Velvet Blue, which we are now on. Honestly, I hate the beach and hot weather. But I’ve always enjoyed the ideas behind it. Dick Dale and The Beach Boys were a part of my upbringing. I love the guitar tones and hooks. There is nothing better than a tube amp, tremelo and solid spring reverb. 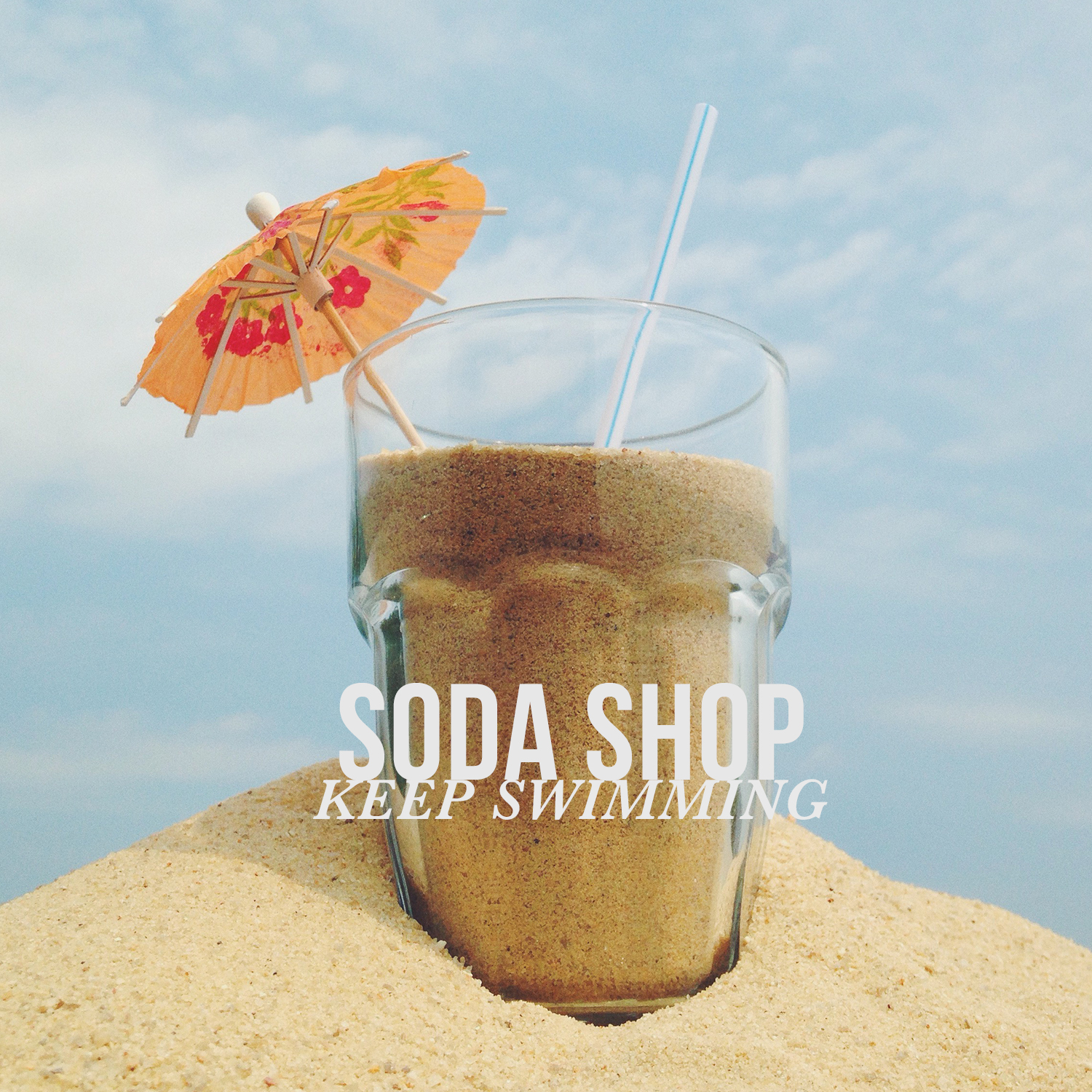 Pulse: Where did you get the name Soda Shop?
DD: All I remember is prior to moving to NYC, I was driving home talking to my then bandmate, Jacob. We had a project called Horse Shoes on Shelflife Records. We were always coming up with band names and ideas for other projects. At the time I was really into Club 8 and Acid House Kings, who were on the Swedish label Labrador. I think I just wanted something a bit more guitar pop-oriented and ‘Soda Shop’ was kind of tongue-in-cheek for the genre I had in mind.

Pulse: What song do you most like to perform live? Why?
DD: I personally still love our first single’s B-side entitled ‘When You’re Lonely.’ It has such an airiness and sparseness to it that I think is hard to pull off these days. But I think we do.

Pulse: Who would you most like to tour with, and why?
DD: If it could be anyone, I suppose it would be Starflyer 59,. That band has played such a huge role in my songwriting. I discovered them through their record known as Gold. When I heard it I thought ‘This is it, this is the sound I need to be making.’

Pulse: What can we expect to hear at the Elvis Guesthouse record release party?
DD: A mix of the old and the new. We’ve never really done covers—though I’ve often thought a cover of ‘Give Me Back My Man’ by the B-52’s could be cool…
If you haven’t heard British record producer and multi-instrumentalist Ian Catt’s remix of ‘Keep Swimming’ please take a listen. He’s been a huge musical influence in our lives being involved with bands like The Field Mice, The Wake and Saint Etienne. We are so stoked he did that for us.