It’s hard to get excited about potatoes. Despite being grown and ate by the bucket full, they’re an afterthought, a side to argue over at Thanksgiving: chunky mashed or creamy, skins on or peeled, but Chef Eric Miller of Bay Kitchen Bar loves the simple root vegetable and with Yukon gold potatoes now in season there’s never been a better reason to get excited about potatoes.

Cooking Peaches with Chef Ryan Keough
9 Places You Need to Get a Lobster Roll From
Restaurant Review: Bay Kitchen Bar
The golden-fleshed potatoes have been showing up at farm stands in the area for the past couple of weeks and will continue to for most of September. 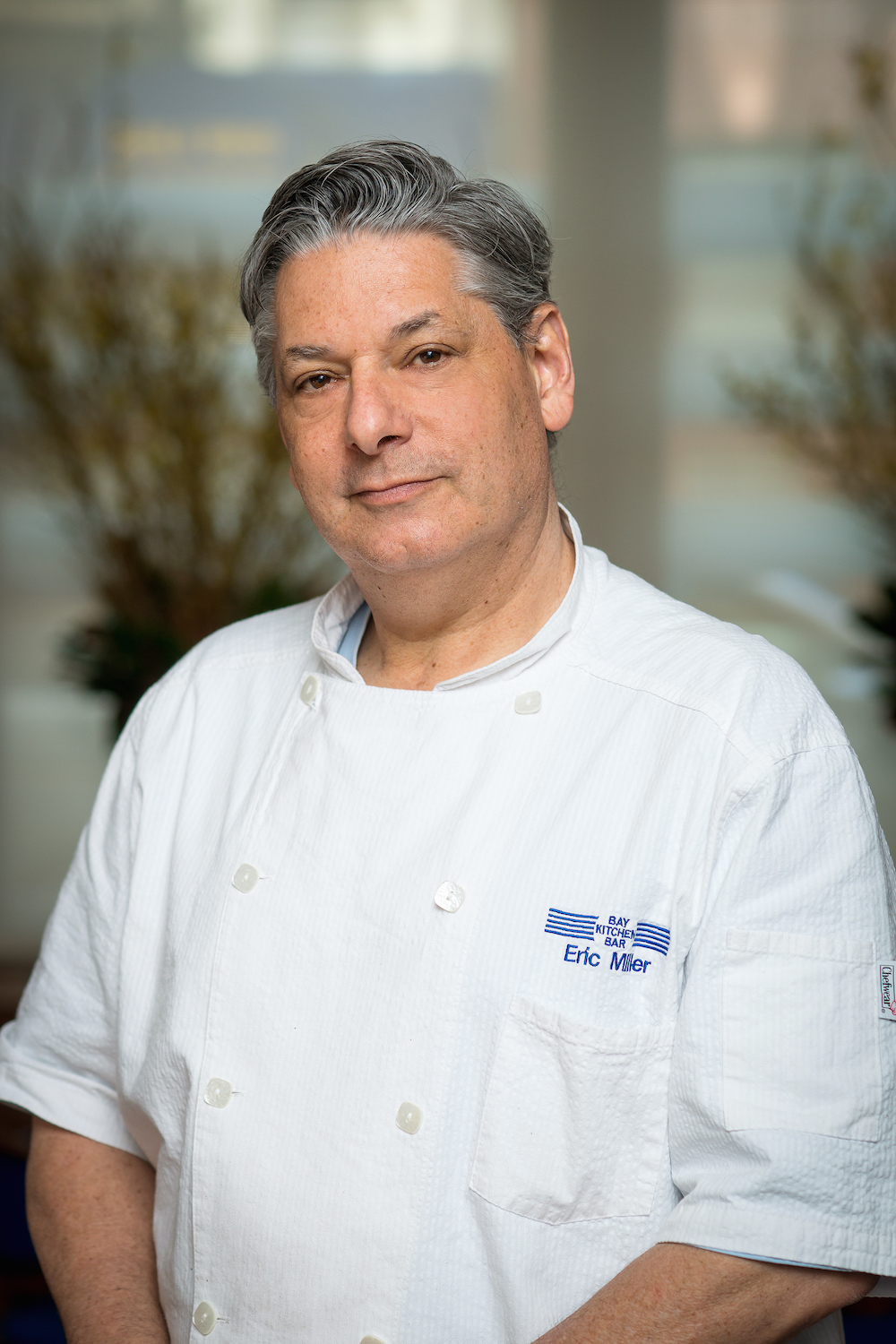 ple thing but most of the potatoes we get have been sitting in storage for a while, when you get them fresh it’s just so much better,” Miller said.

Miller looks for non-bruised, non-dried Yukon gold potatoes that are not spudding. A potato with spuds is a sign it’s growing and has been sitting around in storage. You want firm, clean, fresh, moist potatoes and if you do need to store them do so in the vegetable drawer of your fridge and they very well might last forever.

Yukon golds are new potatoes. Developed in Canada in the 1960s, Yukon gold potatoes are the result of a cross between North American and South American potatoes, making them versatile. There are about 10,000 ways to cook them. They have a terrific texture for potato salads or roasting, but Miller often goes the comfort food route when cooking them, which really is what you want as summer wanes.

At Bay Kitchen Bar they make classic potato puree out of the Yukon golds. 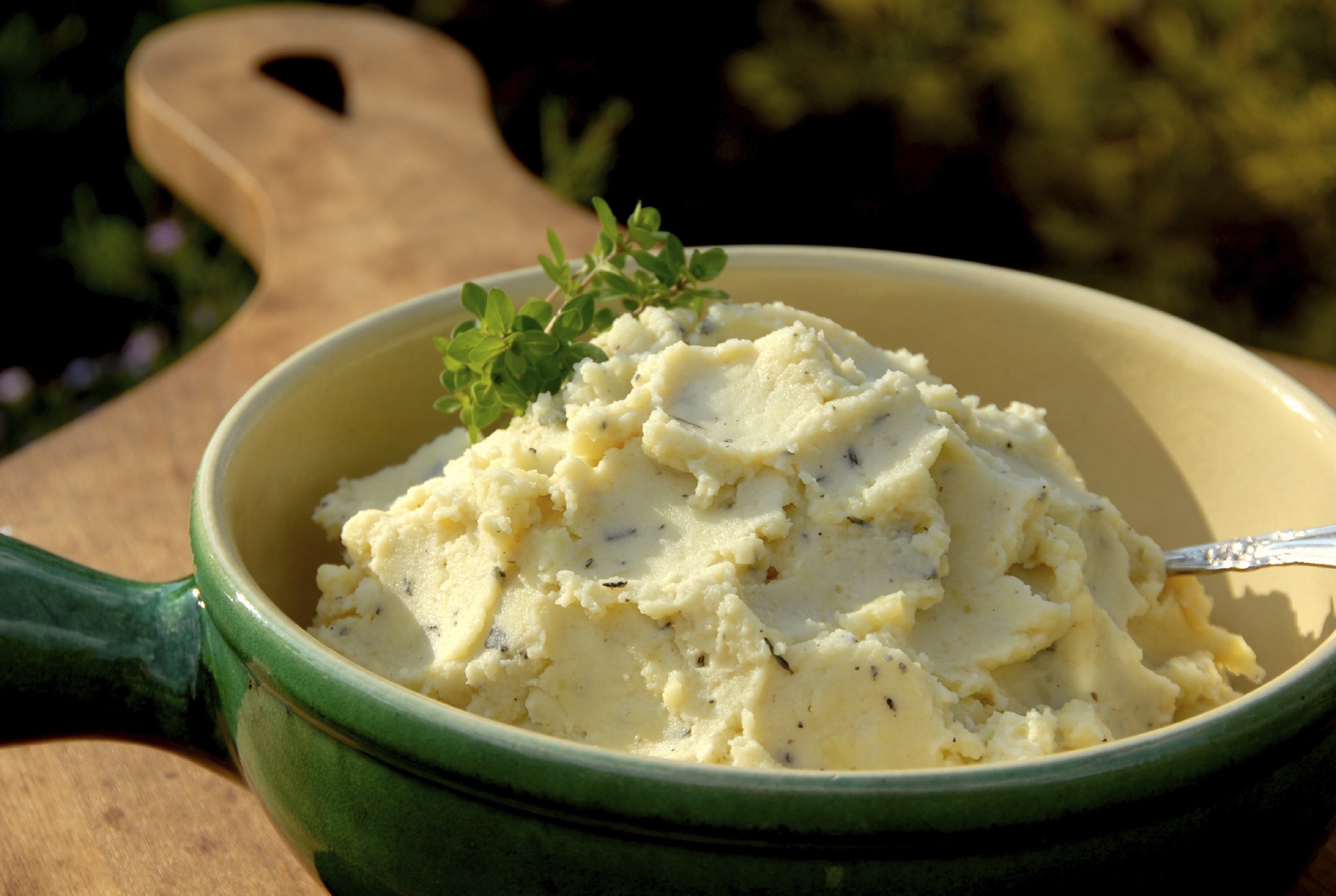 “We peel them, poach them and make a fine mashed potato using a food mill, add sweet butter and Parmigiano-Reggiano,” Miller said.

Sometimes Miller adds in the last of summer basil and puts the flavored potato puree under black sea bass.

Simple and yet you’re getting more excited about those potatoes, right? Miller also likes to roast the potatoes with some special flavors.

“We have a rotisserie so when we’re roasting ducks we’ll have the potatoes in the pan below with the duck fat dripping in, fine herbs and aromatics and use as an accompaniment to chicken or duck.” 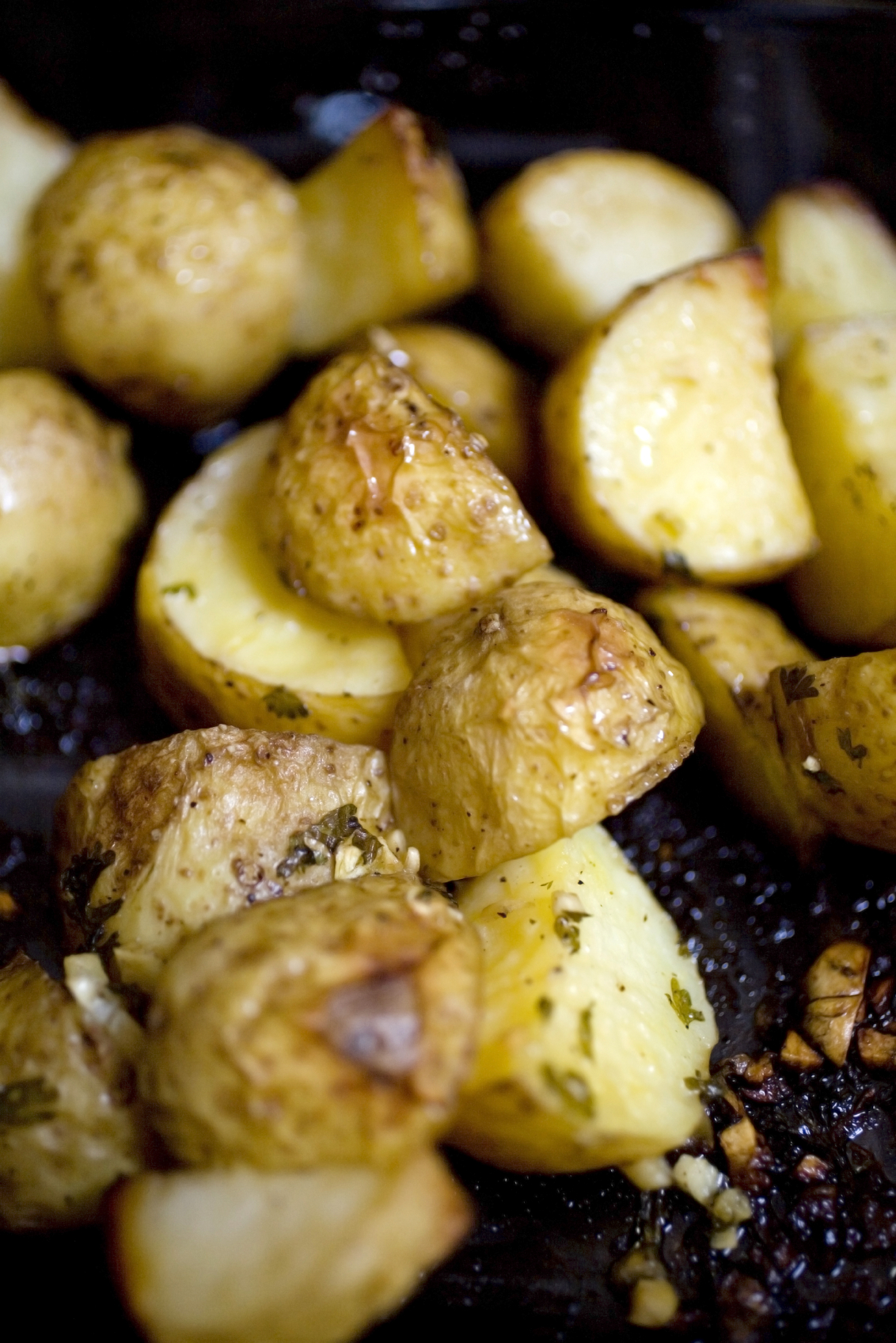 Possibly the most labor intensive way Bay Kitchen Bar uses those Yukon gold potatoes though is to create waffle potato chips, salted with Amagansett Sea Salt and served as a side with their lobster roll.

“It comes out very well, they have great starch content and fry up really nice,” Miller said.

Directions
Peel the potatoes or if you don’t mind the skin leave it on.
Wash them, cube them and cook them in salted boiling water until they’re tender 10 to 15 minutes.
You want a toothpick to pass through them.
Strain them and then mix in the butter and cheese and use your mom’s masher, which Miller calls forked potatoes.
Add salt and pepper to taste, garnish with some fresh chives and serve with your favorite grilled meat