Bup…bup…squeak. Douglas Corwin is talking to days-old ducklings on his family farm in Aquebogue. The yellow birds with soft baby feathers are responding with squeaks gathering closer to Corwin.

They have no idea that Corwin is the last duck farmer on Long Island, but the rest of the world does and in the past year groups from around the country including chefs and the press have shown up to visit.

Corwin didn’t want to be the last duck farmer left. When he graduated from Cornell University in 1980 there were 35 duck farms on Long Island; now the 145-acre Crescent Duck Farm in Aquebogue is the last duck standing. 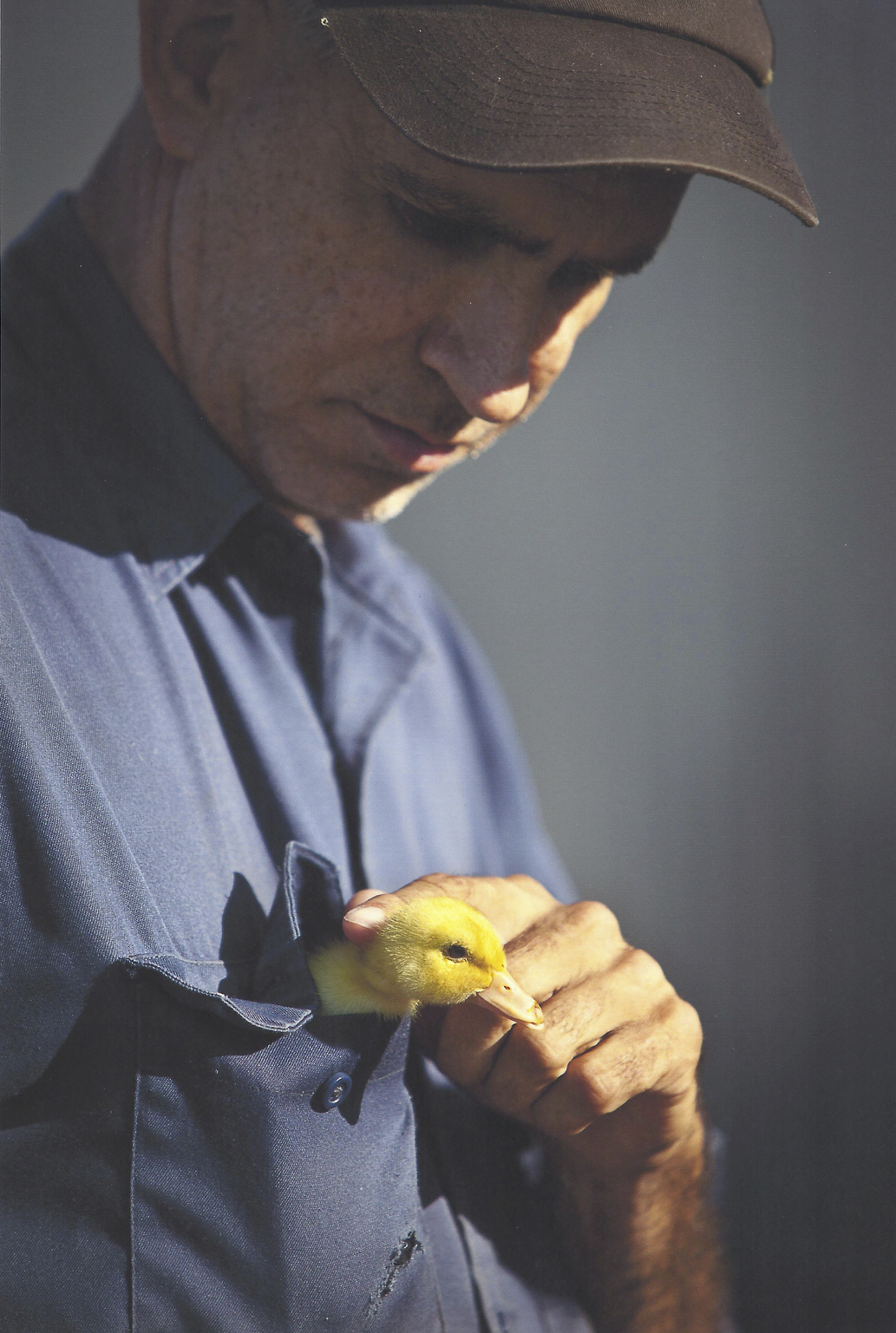 “It doesn’t help me to be the only duck farmer,” Corwin said. “It hurts me. I’m the only person now. I don’t have anyone else to lobby with, to buy duck feed with, to sell duck feed to. When you don’t have other farmers you have to go further and further to buy specialized equipment.”

Duck farming on Long Island dates back to 1873 when a Connecticut man on a passenger clipper came across White Pekin ducks, now Peking ducks, and brought at least four of them to New York. It was a Corwin by the name of Henry that started the Crescent Duck Farm in 1908 by purchasing 30 breeding ducks.

The name Long Island Duck began to mean something as farmers grew. One family, Martin Mauer and his wife Jeule, built a shop they sold pecking ducks out of. You know it as the 20-foot-tall Big Duck. By the 1950s Long Island produced two-thirds of all the ducks eaten in the country. That was the height of Long Island Duck farming.

By the 1960s, Long Island farms produced about 7.5 million ducks a year according to a 2009 Suffolk County report but the number of farms had started to decline. Crescent Duck Farm produces about 1 million ducks a year now. On a small patch of land at the entrance to the operation inside Corwin’s cluttered, busy office, old photographs and map surveys show the history of the family’s farm. 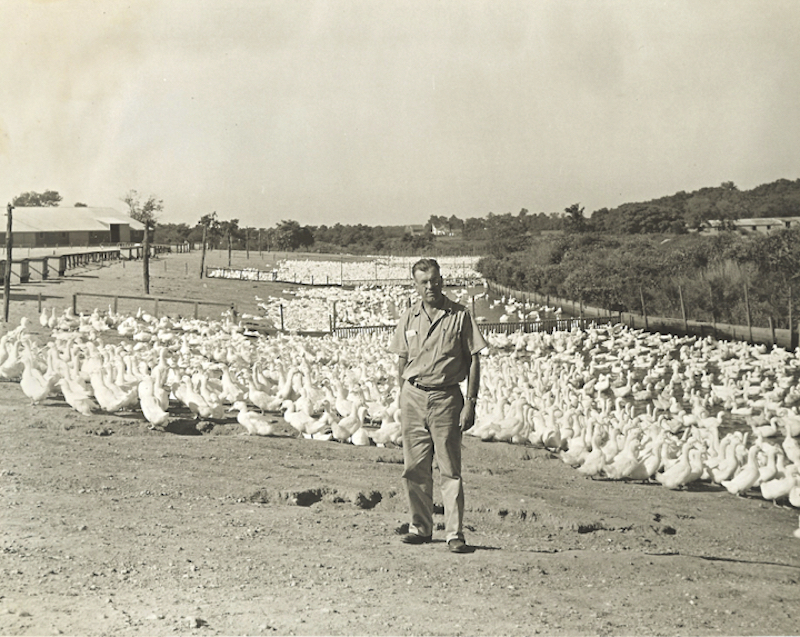 “We’re maintaining something,” Corwin said. “There’s a certain amount of pride in that. The name Long Island Duck still means something and we’re keeping something alive that’s iconic heritage.”

It hasn’t been easy. Rattle off some of the many reasons the other duck farms failed: stricter environmental regulations on land use, skyrocketing real estate prices, rising expenses and it’s amazing Long Island Duck means anything at all.

“You’ve got to learn how to solve problems,” Corwin said.

And work hard. A lot. It’s 11am when I catch up with Corwin talking to the ducklings. He’s already been up and working for five hours. He works about 70 hours a week. His two sons, ages 32 and 29, work between 85 and 90 hours a week. The ducks don’t take weekends or holidays and neither do their caretakers. It’s a phenomenal commitment that not a lot of people would likely make, but one Corwin as the fourth generation and his sons as the fifth see as a way of life. 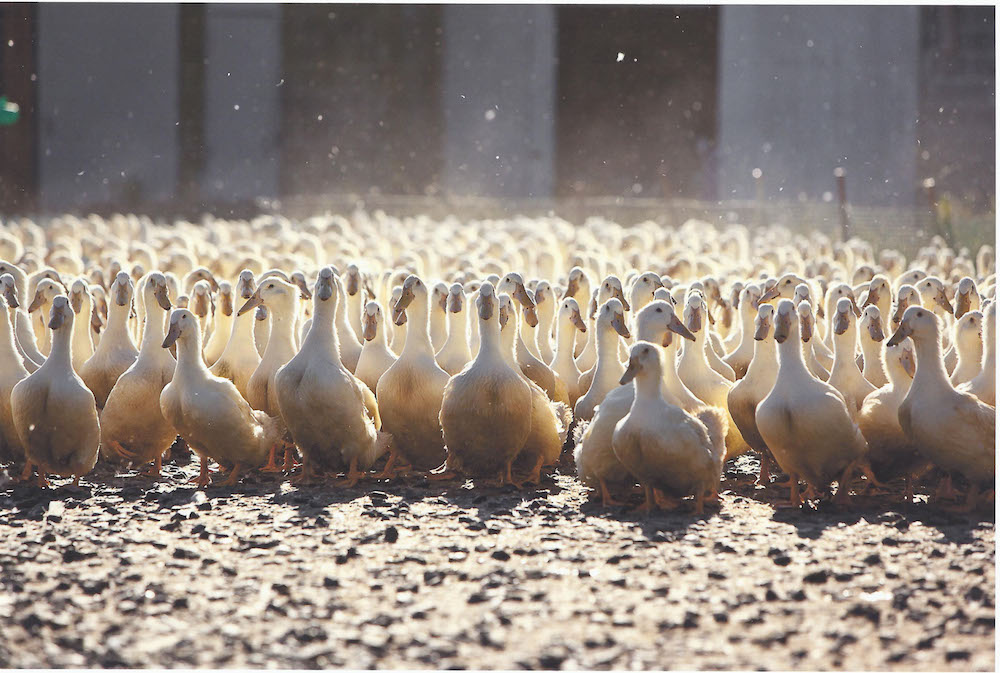 Ducks don’t take weekends, or holidays and neither do their caretakers. image eleven madison images

While Corwin said it will be up to his sons to decide what happens to the farm down the line, there are plans to grow in different ways such as by adding a new hatchery and in increasing sales.

Crescent Duck Farm created a niche in the better restaurant industry through genetics.

“We found that chefs wanted a meaty product,” Corwin said. “They wanted taste and tenderness. Duck is waterfowl; it’s got a fatty layer around it and a fatty greasy reputation so we started genetically breeding. I simply can’t grow enough ducks.” 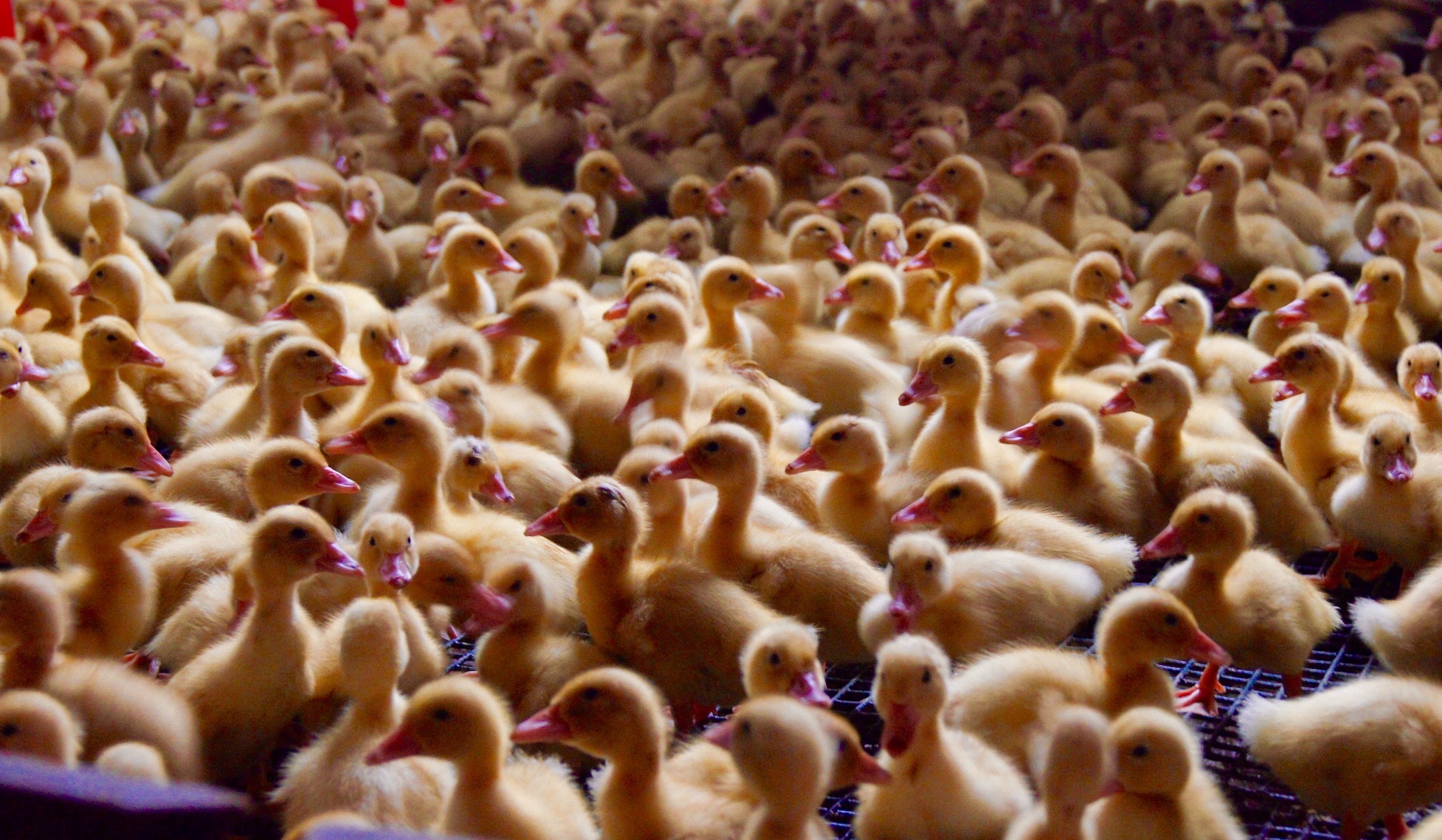 They are basically the entire duck industry in the Northeast selling direct to distributors that bring their products into high-end restaurants up and down the coast and even to your home courtesy of Fresh Direct.

“We’ve made something that’s nice and unique and iconic for the area and once it’s gone, it’s gone,” Corwin.