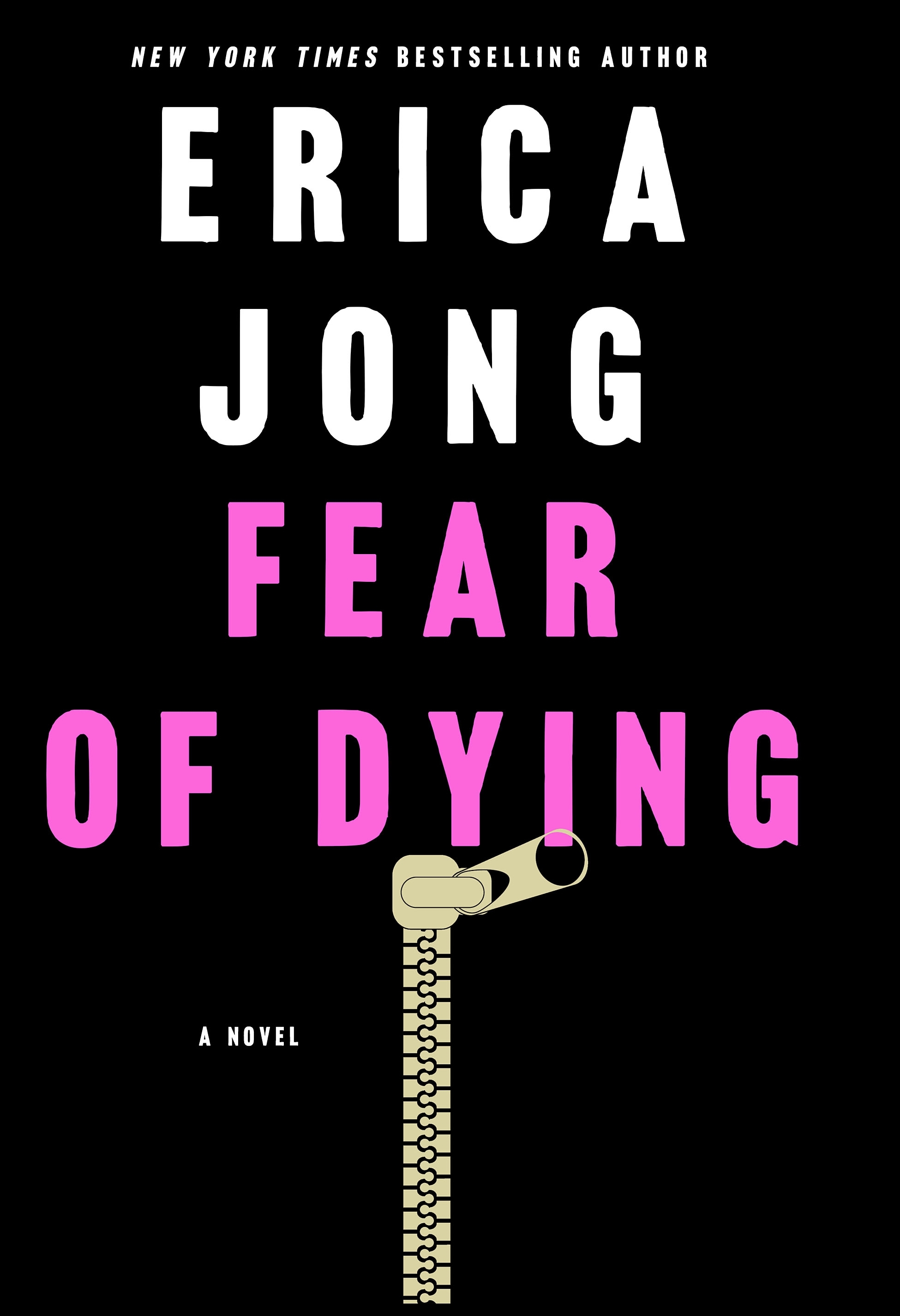 It’s the natural order of things.

People have kids, then they grow old as those kids grow up to have kids, then they grow old as their kids grow up to, well, you know how it goes. That’s the way things should be, but knowing that doesn’t make it any easier to face mortality – yours, or your parents’. And in the new book Fear of Dying by Erica Jong, reaching for an anti-aging cure doesn’t work, either.

Married more times than she’d admit and of an unspoken age (60 years old. Whoops, there it is), Vanessa Wonderman has finally found some sort of semi-Zen. She’s about to be a first-time grandmother, which thrills her; and her husband, Asher, who is quite a bit older and quite a bit rich, adores her. Life is much better than it was four decades ago, but Vanessa is still restless.

That her parents are dying might be part of the problem.

Once upon a time, they were Hollywood royalty and everybody wanted to be in their circle. Vanessa remembers when their home was filled with sophistication and rowdiness, when she and her sisters sneaked champagne and watched the fun from their perch on the staircase. Then came Hollywood’s Red Scare, and her parents decided it was time to move to New York and settle in, raising their girls and starting anew.

Now, they mostly sleep and moan, making Vanessa mourn before they are even gone.

This mortality business scared her. Why couldn’t she be like her friend, Isadora Wing, who went through life blithely collecting experiences that she couldn’t talk about in polite society? Dear Isadora, who knew the right things to say when Vanessa’s world imploded and she began to desperately envy anyone young. Isadora, who offered comfort when Vanessa’s dog died, when Asher had a near-fatal aneurysm and the only running Vanessa could do was between hospitals and bedsides.

It was too much to bear – and so, reaching for immortality and the Eros of youth, Vanessa did the only thing that made sense to her: she went online in search of a lover. But, unlike her friend Isadora, could she actually go through with it?

Getting older? Or getting better? I think the latter is true of author Erica Jong: her writing is off the chart in this latest, most poignant novel.

Baby Boomers, especially, will totally identify with Jong’s latest heroine in Fear of Dying. We’ve lost loved ones. We know exactly what Vanessa Wonderman’s going through and we understand that Who’s-Next feeling, so it’s easy to grasp wanting to escape it. Though, for Vanessa, desperation leads to a little too much navel-gazing, her actions are funny and ribald and just-right wild.

Did I mention how wonderful it is to spend time with Isadora Wing again? Yes, there’s that in this risqué, somewhat-sequel to Jong’s 1973 novel, and fans (old and new) won’t be able to resist. If you’re suffering from end-of-summer blues, in fact, Fear of Dying may be just what the doctor ordered.