Ask several different people what they think of foie gras and you’ll get a different answer from each. A few may stare at you blankly, one may correct your pronunciation of the French word, it’s fwah grah if you’re wondering, and the rest…you’ll get the it’s gross, it’s delicious and then you’ll get those that vehemently say it’s unethical to eat.

In the never-ending debates and Internet lists over what is suitable to eat: GMOs, unsustainable seafood, horse…foie gras almost always makes an appearance. Tastes and ethical standards differ wildly of course, and the line between suitable and not is often blurry, but foie gras, the fattened liver of a duck or goose, has taken on a whole different level of controversy in recent years spurring lawsuits and farm shut-downs, largely because of the way the luxury food product is produced.

Gavage, another French term, is often the production method of the fattened duck or goose liver. It’s a process that involves force-feeding the birds with a tube inserted into their mouths and down the esophagus so that large amounts of fat end up in the liver giving foie gras its distinctive taste. 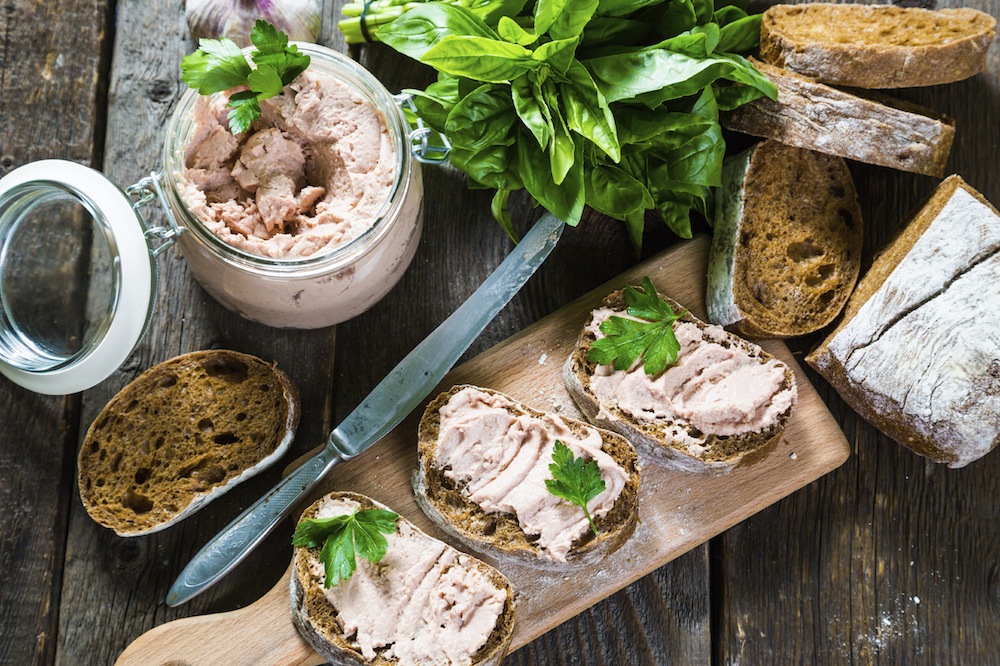 How would you describe the taste of foie gras? image: rus32

“It’s incomparable to other livers,” Chef Daniel Kenney of Sea Crest Beach Hotel in Falmouth, Mass said. “The flavor is rich and buttery with a subtle earthy, natural flavor.”

It’s a French delicacy; a practice around for more than 2,000 years and to this day Europe remains the largest producer and eater of foie gras. In 2014, according to the European Foie Gras Federation, the EU produced roughly 27,000 tons of foie gras, generating more than 50,000 jobs and $4 billion Euros (4.5 billion dollars). The EU produces 90 percent of the world’s foie gras, but the other main producers are Canada, China and the US.

In the United States, there are only two domestic producers of foie gras, both of them located just miles apart from each other in Sullivan County, New York: La Belle Farms and Hudson Valley Foie Gras.

It’s not easy producing a controversial product. A decade ago there were three foie gras farms, but the third in California went out of business after the state of California made producing and selling foie gras illegal, a ruling overturned earlier this year. 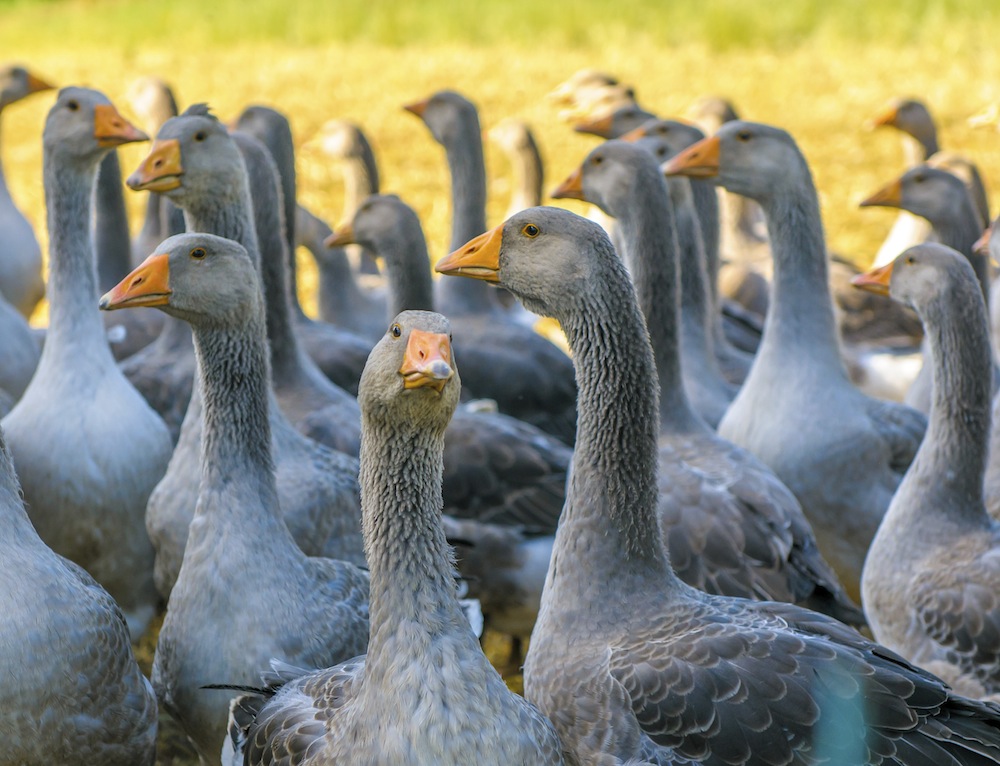 Geese are sometimes used to produce foie gras although Moulard ducks are what is normally used in the United States. image: javarman3

“This is a very specialized farming practice and it is difficult to produce,” Marcus Henley of Hudson Valley Foie Gras said. “It requires a lot of understanding of the animals and the natural cycle and the ducks that are used are also special so it’s very challenging to get started to gain the understanding.”

Hudson Valley Foie Gras founder, Izzy Yanay, gained that specialized understanding in Israel. After immigrating to the US in 1982, he realized there weren’t any foie gras farms in the US, and knowing how difficult it is to import foie gras and how important of a culinary ingredient it is, he saw an opportunity to enrich the culinary offerings in the US. By 1990, he had gained a reputation among chefs and Michael Ginor of Lola in Great Neck came on as a partner. With Ginor’s understanding of the how to use foie gras and his marketing ability and Yanay’s technological ability, they grew Hudson Valley Foie Gras into the largest foie gras producer in the US.

“Foie gras as a culinary ingredient is fairly expensive,” Henley said. “We’re not selling hamburger or chicken. It’s very costly to produce as a special ingredient and a higher cost limits the market.” 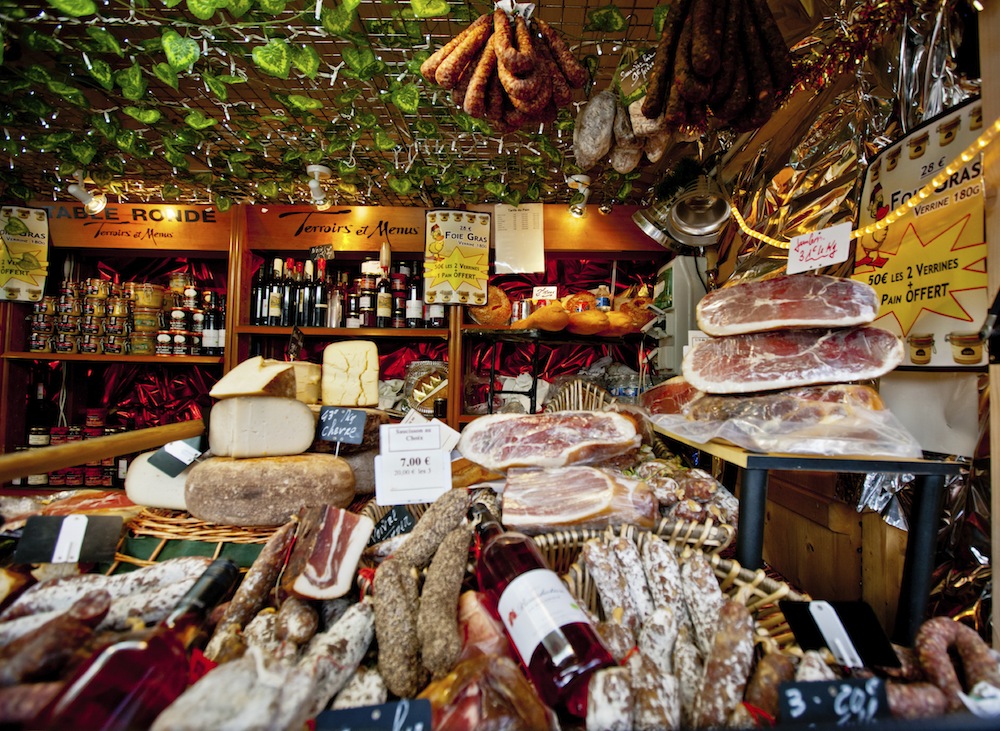 Europe remains the largest producer and eater of foie gras and it’s easy to the product in markets. image: anna bryukhanova

The ducks are of the Moulard variety, a cross between the pekin duck and the South American duck, the Msucovy. Moulard ducks store fat in the liver, they don’t fly and are not fans of open water. Hudson Valley reproduces the natural gorging process of migratory waterfowl using a special hand-feeding process and they use the entire duck creating a wide range of products. According to Hudson Valley Foie Gras the result of the cross is a unique, mild yet gamey flavor that has chefs from around the country, you may remember an Anthony Bourdain No Reservations episode that featured the farm ordering and even touring farm.

On Long Island a handful of restaurants have become known for foie gras, including of course Lola in Great Neck, North Fork Table in Southold and Le Soir in Bayport. Back in Massachusetts, foie gras is popular among guests at Sea Crest Beach. Chef Kenny oversees a kitchen turning out foie gras options that include foie gras pan seared, poached Torchon, classical terrine, in duck sausages, in sauces and even as a dessert. At Sea Crest Beach, the popular crème brulee dessert substitutes butter with foie gras in brioche bread. At the Harbor View, Chef Caleb Lara doesn’t currently have it on the menu but keeps it in the kitchen for certain patrons who usually request it and special occasions. 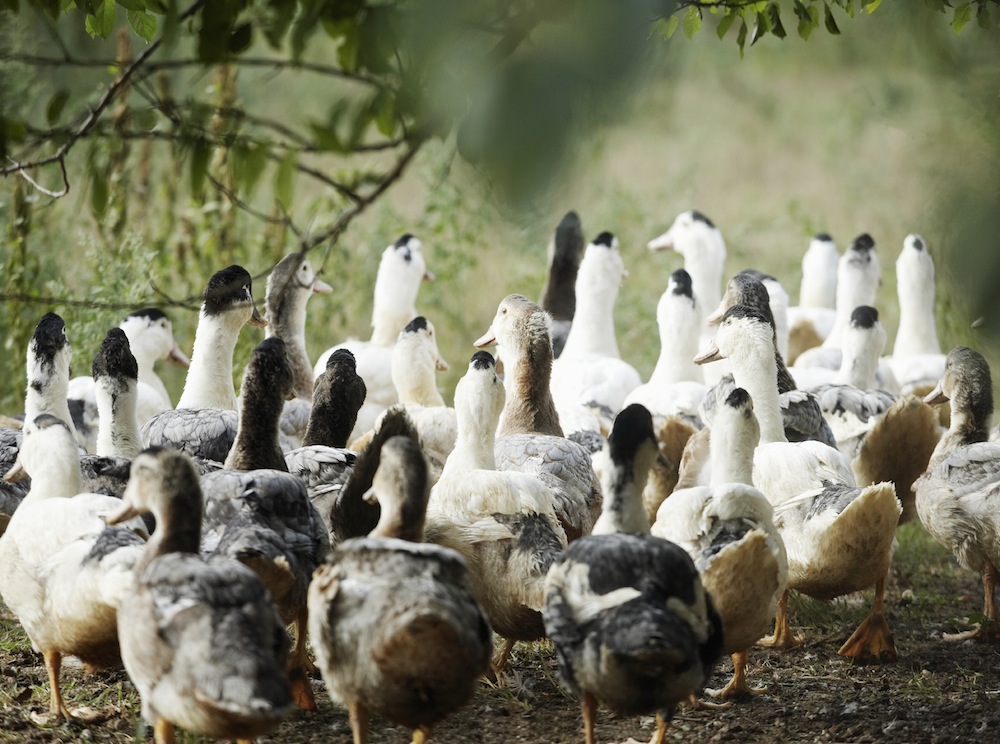 “I specifically use foie gras that is produced by Hudson Valley Foie Gras,” Kenny said. “They raise their ducks humanely, free range, protected by winter and harvested humanely. There are misconceptions about the process of harvesting foie gras due to older European methods. Utilizing every part of an animal that is harvested for food in the most sustainable and respectful method possible is a paramount responsibility of farmers and chefs worldwide.”

But while most chefs embrace the ingredient, several including Wolfgang Puck have removed it from their menus and more than a dozen countries have prohibited its production. Google foie gras and several websites will have even the staunchest meat-eater question the practice of its production.

“Investigation after investigation into foie gras production turns up hideous animal abuse, including at Hudson Valley,” HSUS spokesperson Anna West said. “More to the point, though, it’s the very methods used to produce foie gras—not just the conditions on the farms—which are inherently abusive.”

But is force-feeding abusive? Is it harmful? Are the ducks in pain? It’s easy to respond yes, of course, they’re having food forced down their throats, but it’s not that simple. First of all ducks have a different esophagus than us, they don’t chew their food they swallow whole, and they breathe through their tongues, not their noses or throats. It still sounds bad, but even the American Veterinary Association isn’t so sure. 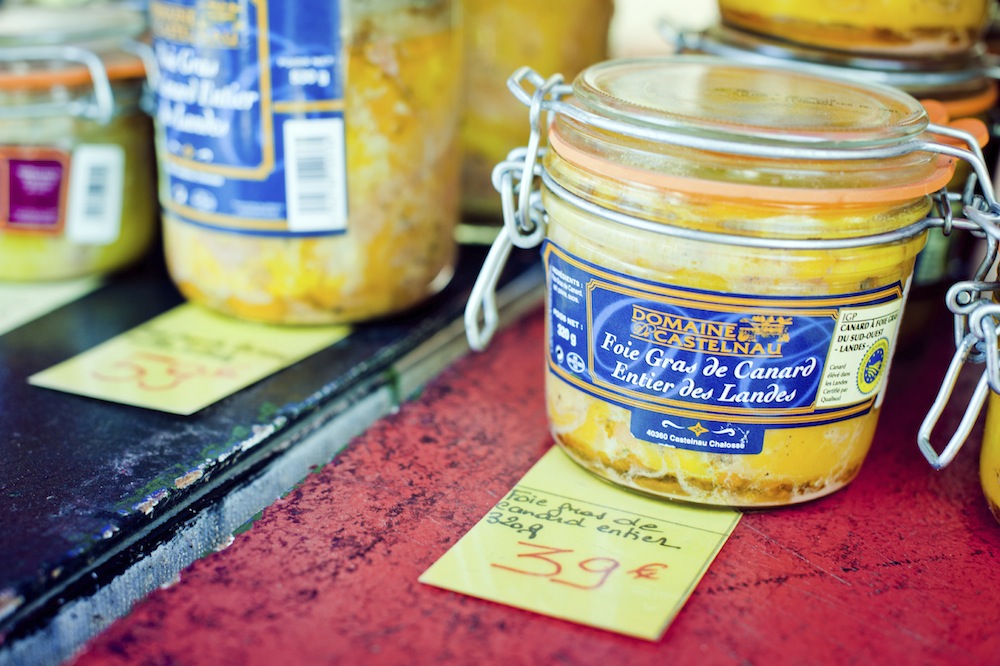 “Force-feeding is possible with ducks as they are able to swallow large food items and so they possess a relatively large and robust esophagus, the capacity of which can be further increased with repeated filling. During fattening a 6- to 10-inch long tube is inserted into the esophagus and withdrawn, dispensing up to 450 grams per meal, typically with 2 or 3 meals per day.

The degree of discomfort experienced during force feeding and immediately afterward while the esophagus is distended remains unclear,” a 2014 Literature Review on the Welfare Implications of Foie Gras Production states.

The HSUS does admit that foie gras can be produced ethically. European Producer, Pateria de Sousa, does not force feed the birds they use to produce foie gras and there are no cages on the farm. Instead, according to the Guardian the chemical change within their livers occur naturally when the geese gorge themselves on food on the farm because they are genetically related to wild geese on their ways for a 3,000km trip north wanting to store fat.

“Animal treatment issues aside, most people would pay to avoid eating a diseased organ, rather than the other way around; so the market for people who have any interest in this product is beyond miniscule,” West said.

Hudson Valley Foie Gras is all about showing the animals are treated fairly, though. In addition to having a USDA official present on the farm, Henley said they allow anyone that wants to tour the farm to do so.

“We’ve been very open to scientists and veterinarians and chefs and people that are interested in food,” Henley said. “We’re willing to show people and explain the process and physiology of the ducks and show their behavior.”

For Chef Lara at Harbor View Hotel who started experimenting with foie gras in culinary school after touring a foie gras farm, it’s less about making a decision for what people should or should not eat and more about understanding and mastering an ingredient of his trade.

“I would never attempt to interfere with anyone’s personal food choice if they feel it’s unethical,” Chef Lara said. “From the culinary side, it’s important to familiarize yourself with an ingredient and feel good about its source and how it has been handled and treat it with integrity.”

What’s your take? Tell us in the comments.