From fitness magazines to Facebook feeds, there is no shortage of health trends on the horizon. The trick is learning to sift through fads that fizzle (Shake Weight, we barely knew you…) and find the real solutions that stick around. With that in mind, we reached out to four of Long Island’s leading nutrition and fitness professionals to get their take on the big trends in health and fitness this fall.

Orange (and Red and White) is the New Black

Whether it’s kale, kohlrabi or bone broth, it seems cold weather never sees a shortage of trendy eats. And according to Lauren Kretzer, a private chef and health coach, this year will be no exception. “We will see a lot of turmeric root incorporated into cooking, restaurant meals and supplements. There is strong scientific evidence that curcumin, a substance found in turmeric, has incredible health benefits, ranging from antioxidant properties to strong cancer prevention and fighting powers.” In terms of how to take turmeric, Kretzer said supplements are fine but the orange-colored root is strongest when tossed into smoothies, steeped in tea, roasted, stirred into soups or used in marinades and dressings.

Seaweed and algae are other unexpected nibbles popping up in the health food world. They’ve long been recognized as a source of vitamins and minerals, and lauded for blood purifying properties, but they’re hardly known as tasty. “A new strain of dulse, a red seaweed, is destined to become the next hot superfood,” Kretzer said. “It’s more nutritious than kale, chock full of minerals and tastes remarkably like bacon when fried!” Keep an eye out for seaweed and algae in salads, soups and stir fries this season.

Another veggie to get better acquainted with is cauliflower, which Karen Ansel calls “the new kale.” Ansel, MS, RDN, is the co-author of The Calendar Diet: A Month by Month Guide to Losing Weight While Living Your Life and points to cauliflower as “a great way to cut carbs and dial up nutrition.” She’s seen the cruciferous vegetable used as a substitute for everything from pizza crust to rice, and it can also be seared or broiled as an alternative to a meatier main course.

No matter what vegetables are playing a starring role on plates this fall, it’s their shape that will be a new twist. “Spiralized vegetables are a smart swap for pasta and they mean loads of extra vitamins, minerals and antioxidants. Using a spiralizer, you can make pasta out of anything from beets to carrots to butternut squash to zucchini,” Ansel said. It’s an easy way to cut carbs, with an extra dose of nutrition. 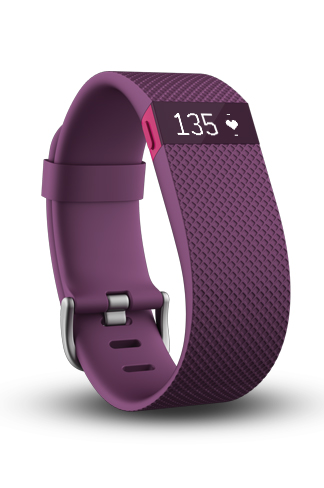 High-tech fitness is the future, at least according to Sylvia Nasser, CEO of The Fit Fem Studio in Hicksville. Two products she predicts will take off are “customized, at-home programs and devices like the Fitbit.” Nasser says the at-home programs can include anything from personal training in the living room to custom meal delivery plans, but convenience is the name of the game.

A Return to the Classics

If fancy gadgets and pricey studios sound intimidating, there’s still hope for simplicity—at least according to Mike Lynch, a Long Island personal trainer and nutrition coach with over 20 years experience. “I’m not a trendy guy because old school basics are the best. I think we’re going to see people going back to actually doing real workouts, because that’s what actually works. People are going to realize they can’t click and swipe themselves into health,” Lynch said.

Instead of seeking fitness in class settings, where it is nearly impossible for a teacher to adjust to all fitness levels, Lynch predicts a rise in personalized routines designed around traditional weights, cardio and stripped-down circuit exercises. “For lower body and legs, I’ve been doing more circuits with body weight. It’s really challenging—it will make a football player puke. And it’s amazing because it’s all body weight.” Lynch thinks the less-is-more attitude will extend to nutrition as well. “I hope the trend of eating real food from key food groups continues—if that could happen, we’d be a lot more fit for it.”