Most gardeners wind down their workload once the weather turns cool, but there’s still plenty of time to enjoy bursts of color in the home landscape. The trick is to pick plants that can hold their own after Labor Day. “When people think about perennials, they tend to think about things that bloom in May and June,” said Alison Caldwell, perennial buyer for Hicks Nurseries in Westbury. “But there are plenty of perennials, trees and shrubs that have something to offer in all seasons. Take dogwoods, they have beautiful fall foliage and then berries in the winter, but most people only think about the blooms in May.” Although it’s technically already fall, it’s not too late to get into the swing. 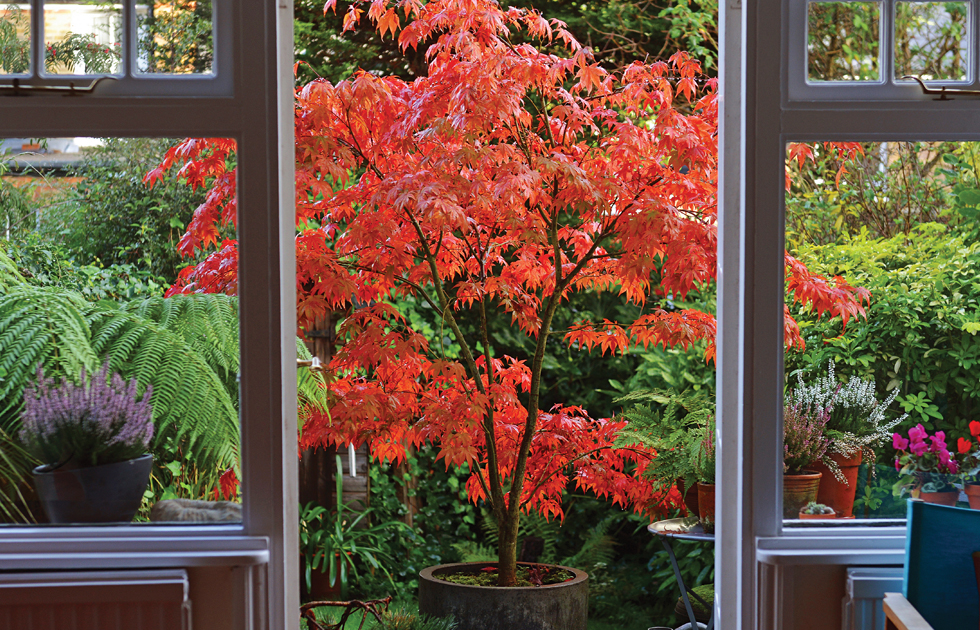 When considering autumn’s rush of color, trees are usually the first plants that come to mind. In the Northeast, all deciduous varieties put on a display, but the individual shades are generally determined by species—oaks turn red or russet, dogwoods turn purplish-red and beech turn light tan, although the colors of maple foliage tend to vary. When working with such large-scale species, it is important to plan for the future, as these trees need room to spread and begin to show their colors when they are established. Because of their size, it’s best to use them as single-specimen focal points on a large lawn or yard.

Low-spreading types, like Japanese maple, come in a wide range of colors and can be used in perennial gardens or borders to add height and texture. Coral Bark Japanese maples turn bright yellow, while the low-spreading Red Dragon’s cherry-red leaves darken in fall. For a late blooming tree consider the crape myrtle. Varieties are available that produce blossoms ranging from light pink to red to lavender. 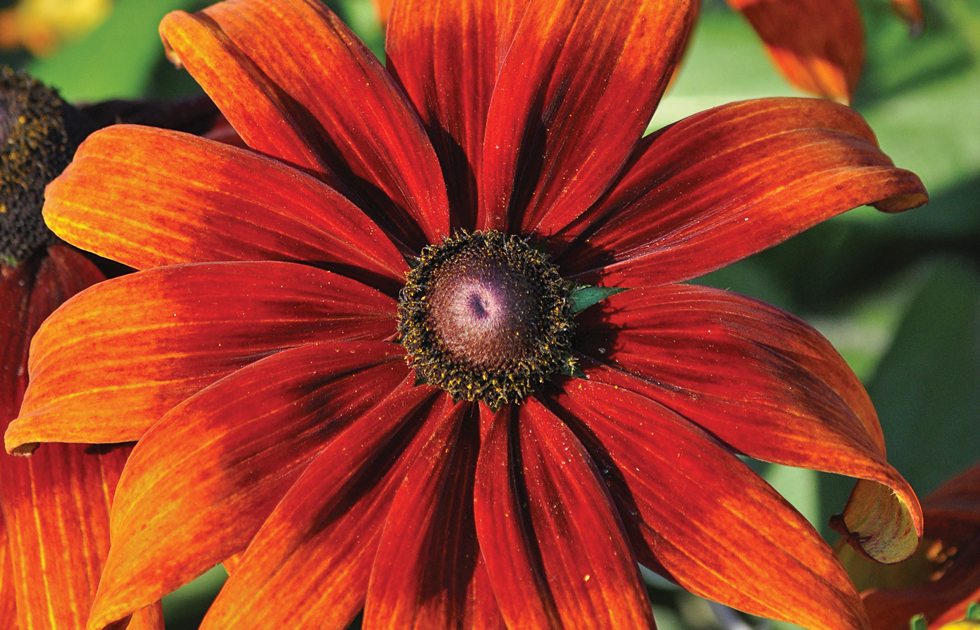 We can’t give trees all the credit. Flowers are also an excellent way to target seasonal color up to the first frost. “Look for long-blooming and late summer-blooming perennials, which will take you into the fall,” said Lee Miller of Landscape Design by Lee in Sayville and author of A Guide to Northeastern Gardening. A popular choice is the daylily Stella D’Oro, its golden flowers last late into the season and work well in clusters to create a garden focal point. Sedums are another favorite. According to Caldwell, “Sedums produce great color as the weather gets colder. The reds get redder and they set their blooms in September and October.” Look for varieties like Autumn Fire and Autumn Joy whose rose flowers turn a deep bronze as the season wears on. The Brilliant variety produces deep pink blooms in late summer that turn orange in the fall. “Other plants that I like to include are the Black-eyed Susan and Knock Out roses. The roses are easy to care for and the buds can last until it snows,” said Miller. Knock Out roses come in a range of colors from yellow to pink to red. To keep it local, try Montauk daisies. They produce small white flowers that last well past Labor Day and recall summers out east when planted near walkways. Variegated liriope (lilyturf ) is a lowgrowing grass-like perennial that produces spikes of purple flowers in late summer that last into fall. These are a great addition to plantings that line a walkway or toward the front of a perennial border. 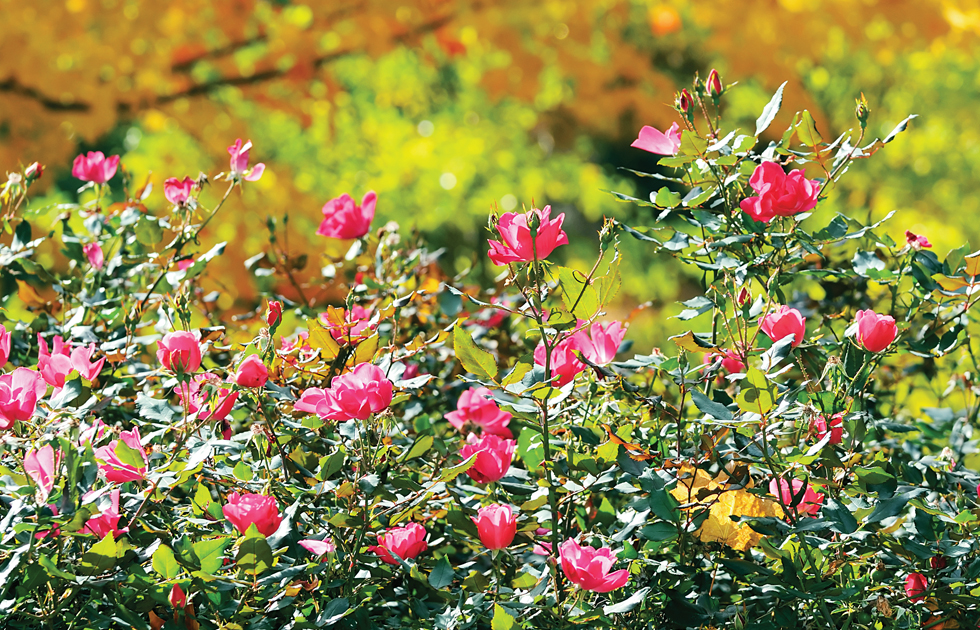 Flowering plants will provide shots of color to the garden, but it is the leaves and how they react to the changing seasons that provide structure and texture. Miller likes to include heuchera (coral bells) in her designs. One of her current favorites is Caramel. “It has orange, golden, caramel foliage. It looks great all year long and works well with typical fall colors,” she said. Many varieties of viburnum produce stunning autumnal leaves as well. Burkwoodii foliage turns from green in summer to maroon in the fall, while Carlesii undergoes a similar transformation to burgundy followed by bright red berries in winter. Ornamental grasses also add distinctive texture to the garden. “Some grasses are just starting to look their best in the fall,” said Caldwell. “They set their seed heads and the foliage takes on a bronze coloring.” The dwarf fountain grass Hameln has silvery bottlebrush-shaped plumes that turn golden tan as the weather cools. Yaku Jima has gold foliage as well as gold seed heads that last until winter. Ornamental grasses sway in the breeze, giving the landscape a sense of motion and they’re well suited for softening the edges of hard surfaces like decks or patios, as well as in perennial gardens or borders. They even look great when they take on a light dusting of snow.