You’re an unusual suspect now, admit it, right
The kind that men cannot recollect or forget at night
The apprentice is the master and the cop’s a clown
Don’t make me run, baby
—from “The Rough Detective” by The Dead Weather 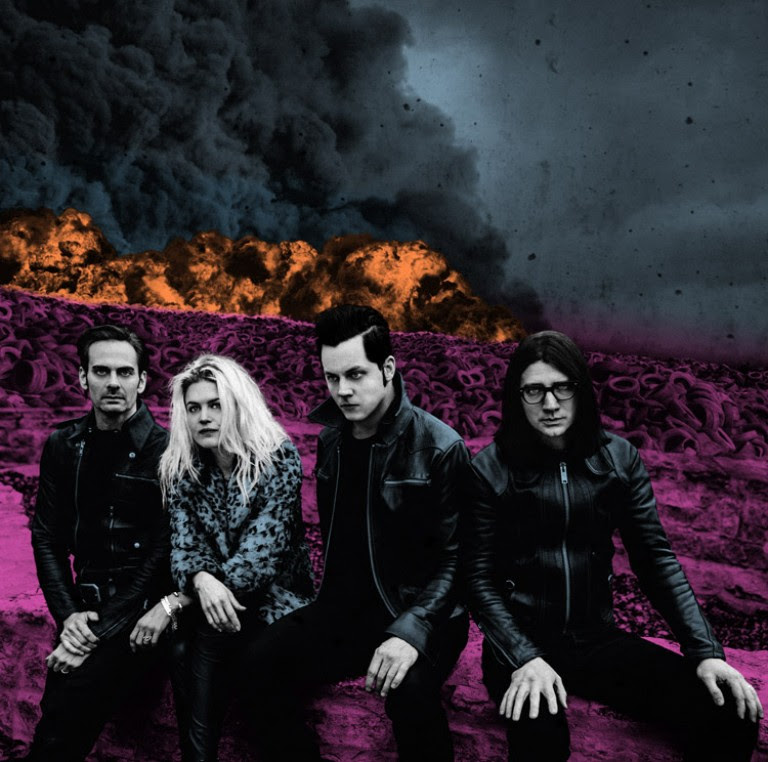 It’s been five years since Nashville supergroup The Dead Weather—frontwoman Alison Mosshart (The Kills), drummer Jack White (White Stripes, The Raconteurs), guitarist Dean Fertita (Queens of the Stone Age), bassist Jack Lawrence (The Raconteurs)—released their acclaimed second record, Sea of Cowards. But the raucous Dodge and Burn was worth the wait. (‘Dodge’ and ‘burn’ are photographic techniques, which may or may not have been used on the album’s cover art, but something was used to create the macabre sixth finger on Lawrence’s right hand).

The record consists of eight new originals and four remixes of previously released singles, including the sinister “Buzzkill(er)” and the groove-heavy “Too Bad.” Mosshart tears into the apocalyptic leadoff track (and first single) “I Feel Love (Every Million Miles),” while White semi-channels Eminem on the quirky “Three Dollar Hat.” The Gothic blues-infused rock continues throughout tracks like the fuzzy “Be Still” and the Zeppelin-esque “Cop and Go.” One exception is the (unexpected) string-laden closing ballad on which Mosshart shows her vocal chops singing: ‘I’ll be here every night/ My name up in lights/ The impossible winner.’

Dodge and Burn features some of the best parts of The Kills, the White Stripes, The Raconteurs and Queens of the Stone Age. Unfortunately, The Dead Weather has no plans to tour due to band members’ other obligations. But TDW blew the lid off of the newly renovated Ed Sullivan Theater when they performed the first single on the Late Show with Stephen Colbert last week.