What is it about midcentury modern that’s so appealing? Devotees of the style celebrate the simple, well-designed features that feel as fresh today as they were in the 1950s—the clean lines are easy to work with and yet hold their own in a room, but there is a deep ethos guiding the stylistic motifs. “Midcentury modern design started as a philosophy,” said Sag Harbor-based designer Bob Weinstein. “It was a reaction to the Bauhaus school of the 20s and 30s.” Founded in 1919, Bauhaus focused on simplifying form and function, and it was a major influence on architecture, interior design, product design and even typography. It is precisely this “back to basics” mentality that continues to seduce collectors and is the basis behind the lasting allure.

THE BIRTH OF COOL 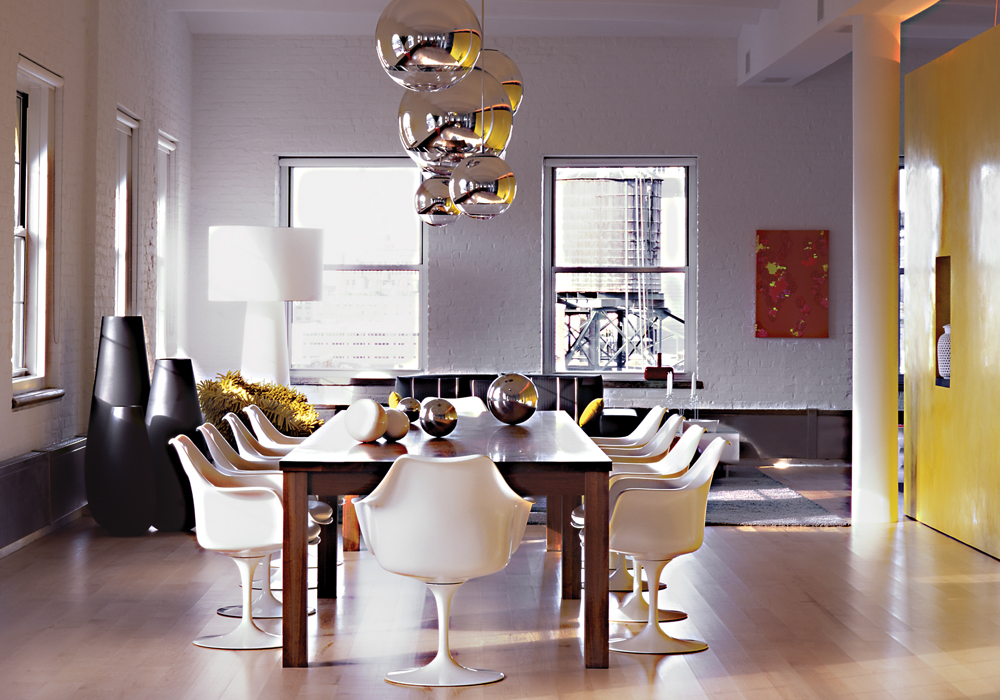 New technology developed during World War II in plastics, metal, fiberglass and molded plywood—used both indoors and outdoors—heavily influenced midcentury design. Juxtaposing natural and manmade materials, furniture highlighted curved shapes and smooth angles. Clean lines and functionality ruled the era, and the soul of the design was not diminished by mass production. Famed designer Charles Eames summed up the overall philosophy best, “The real questions are: Does it solve a problem? Is it serviceable? How is it going to look in 10 years?”

Carl Hansen and Son, Knoll Furniture and Herman Miller were among the main manufacturers producing furniture in the 50s. “Many of the great designers of that time knew each other and collaborated,” said interior designer Patricia McGrath of Coastal Home in Bridgehampton. “It must have been really exciting times.” McGrath cites some of her favorite designers and their iconic creations, including Arne Jacobson’s Swan chair, Eero Saarinen’s Tulip chair and Hans Wegner’s Wing chair, which are still seen in hotel lobbies, restaurants and homes to this day. 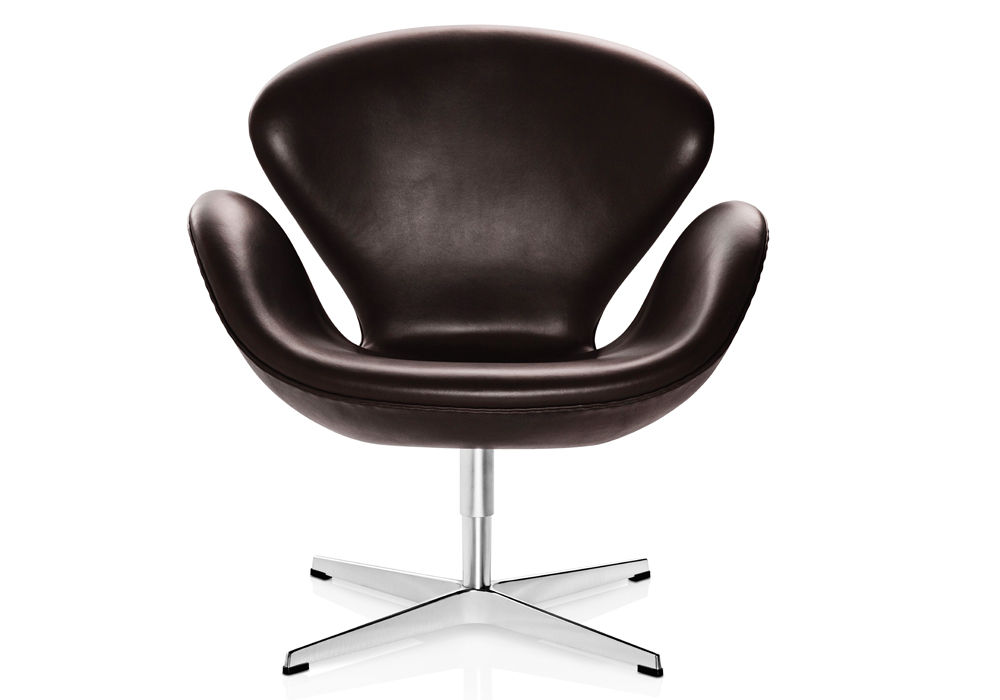 This focus on furniture built to last is why midcentury pieces are still in demand. True functionality transcends trends. “Midcentury modern works in any number of environments,” said Weinstein. “You’d be hard pressed to find any décor it doesn’t work with.” He believes the style can be paired with anything from Victorian houses to Moroccan “hip pie” décor. Illustrating its versatility, he placed a Hans Wegner wingback chair reupholstered in olive mohair and chartreuse bouclé into a 1910 Craftsman home. “The simple forms of midcentury modern can bring elegance and a punctuation point to any room,” Weinstein said.

Herman Miller and Knoll Furniture still produce some of the original designs. But when looking to buy valuable vintage pieces McGrath advised, “Originals should be created and signed by reputable designers and in premium condition.” Mies van der Rohe’s Barcelona chair and Eames’ lounge chairs are the most iconic of this period, thanks to their distinctive curvilinear shapes and “atomic age” aesthetic. 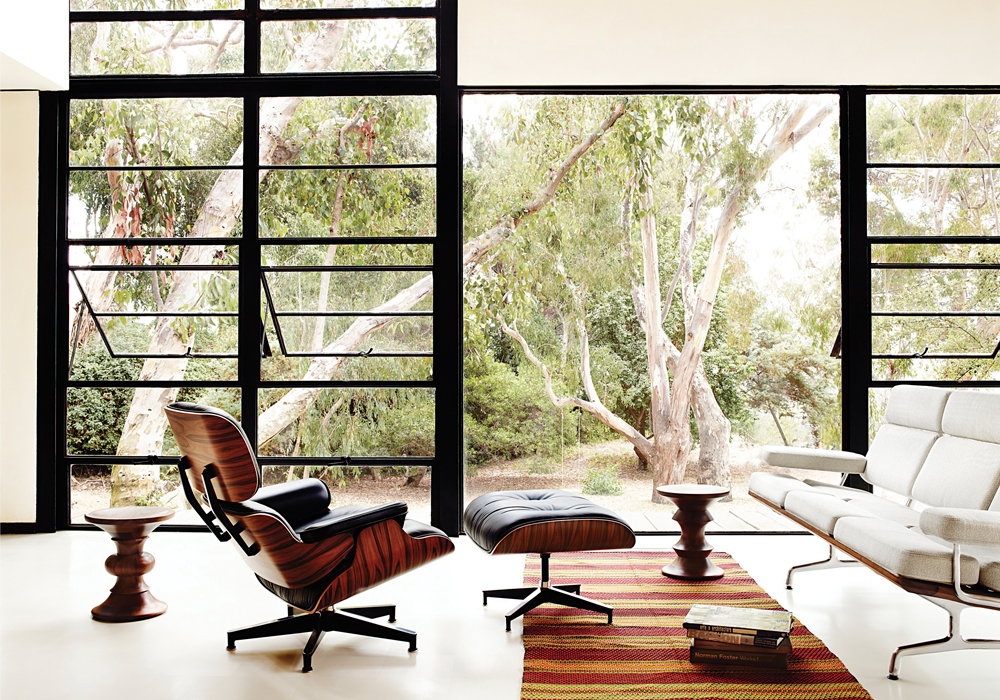 Eames’ lounge chairs are iconic favorites thanks to their curvilinear aesthetic

Undoubtedly, the popularity of AMC’s hit series Mad Men contributed to the midcentury modern revival. Set designers on the show even worked with Herman Miller to achieve period accuracy. But as far back as 1999, when Rob Forbes founded Design Within Reach, reproductions of 1950s pieces were already in demand. As an adverse reaction to the excess of the 80s and the rise of fast-paced lifestyles, people began to seek out these pared-down designs that felt clean and current. “Some reproductions stay very true to the original,” said McGrath. “I like to see style that imitates but updates the look, paying attention to the use of materials. Keeping proportions correct is key.”

Architect Benjamin Cherner received so many requests to bring back his father’s original designs that he and his brother Thomas founded the Cherner Chair Company in 1999. They reproduce their father’s most popular molded plywood chairs, stools and tables, as well as Benjamin’s own designs. Inspired by the movement, but updating the process, online company Joybird Furniture builds pieces to order, keeping true to the midcentury aesthetic in their choice of wood, fabric and other materials. California-based Kardiel carries the idea a step further, making reproductions of designs by Saarinen, Florence Knoll, George Nelson, Isamu Noguchi and Le Corbusier, among other giants of the era.